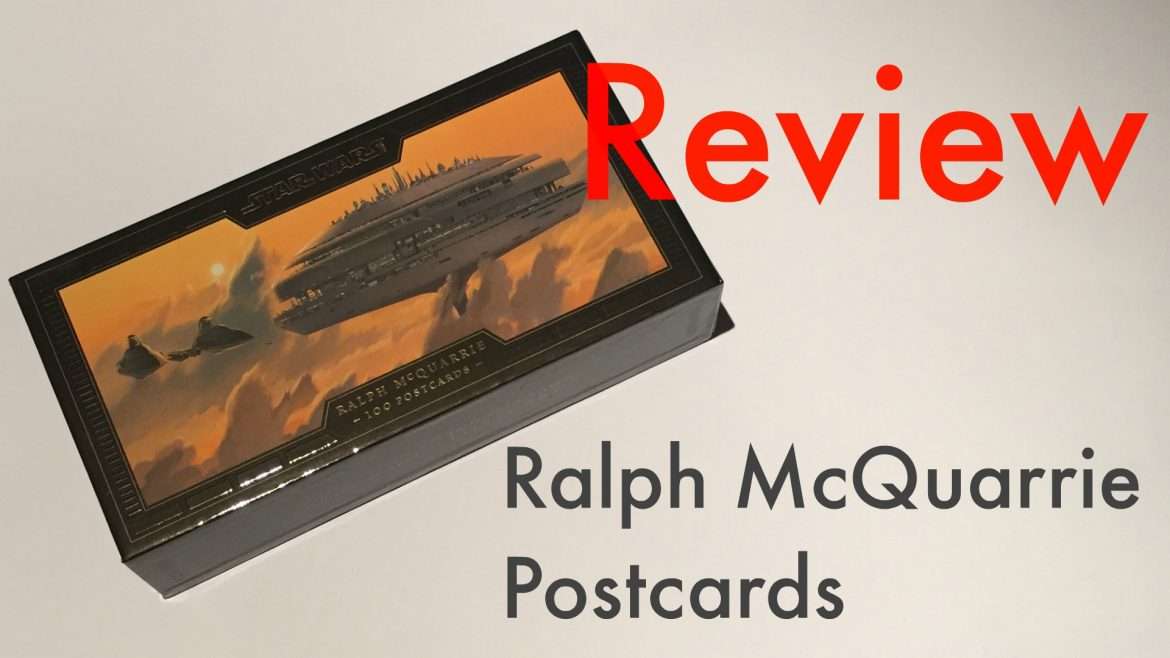 I have always been a fan of the original Star Wars concept art and have had a keen eye on the Art of Ralph McQuarrie book. I must of been late to the party with its release because it seems to only be available at an extortionate price on the secondary market. Luckily I found a worthy alternative with the much more affordable Ralph McQuarrie 100 Panoramic Postcards set.  At under twenty pounds it’s a real bargain in my opinion. 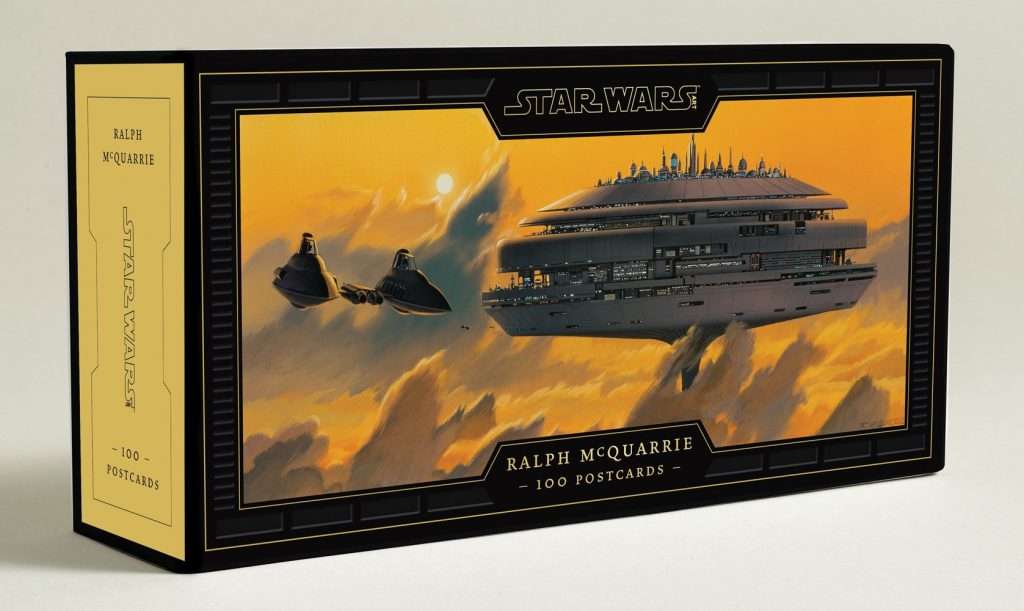 I am so pleased with the quality of the set. The cards are presented in a very sturdy, sliding box and has that look & feel of quality about it. Once you slide it open you are greeted by 100 actual postcards, each with space for an address, stamp and message on the back. Each postcard has a different piece of Ralph McQuarrie Star Wars art from the original Darth Vader concept to Stormtroopers with lightsabers.  The set features 100 different pieces of concept art from original trilogy.

Some of my favourites include the Mos Eisley spaceport, the original concept for C-3PO & R2-D2 and the Rebel Soldiers in the bunker on Hoth.

If you are a fan of the animated series Star Wars Rebels, you will no doubt know that many of the McQuarrie drawings were used as inspiration, Just look at Chopper! 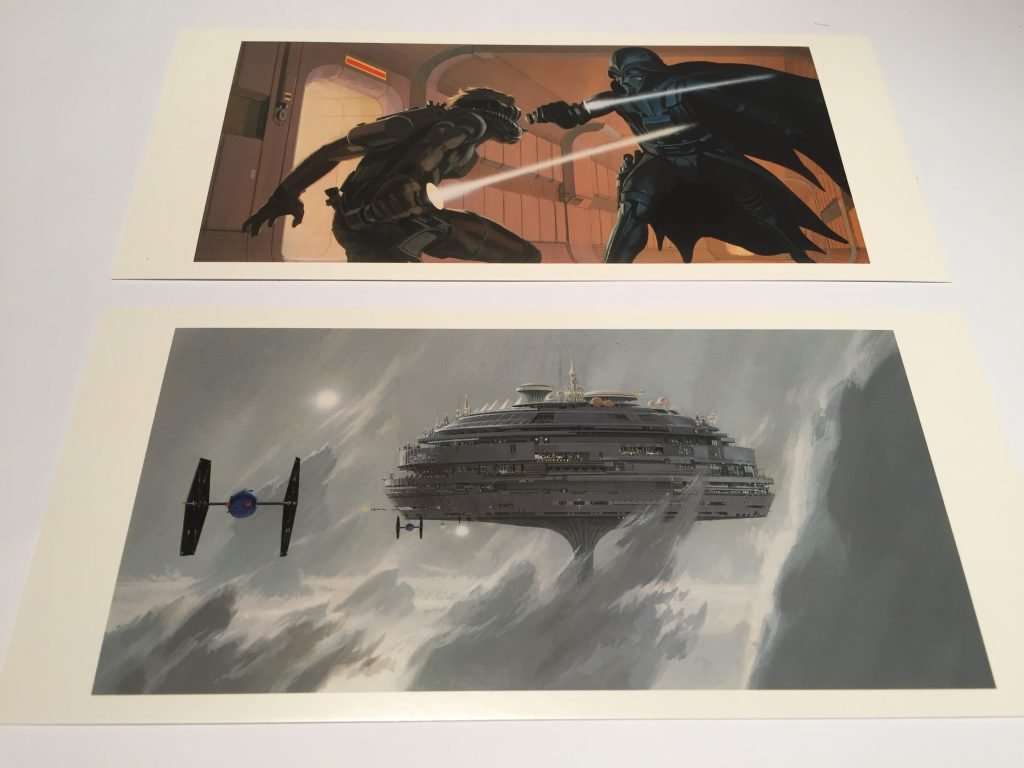 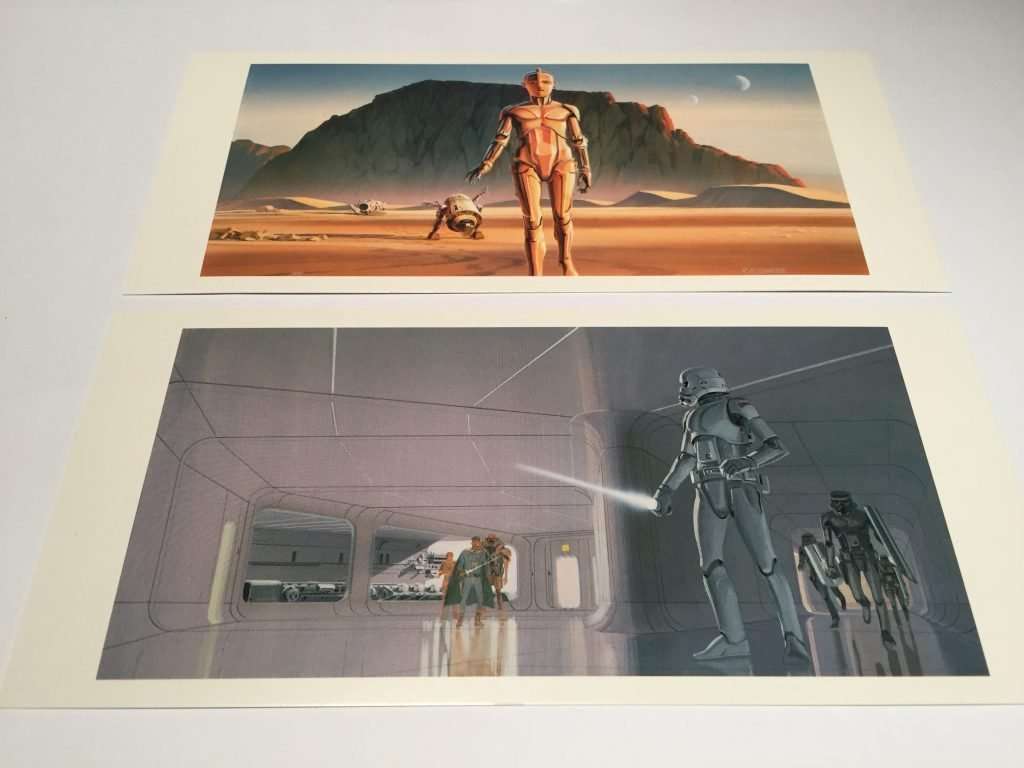 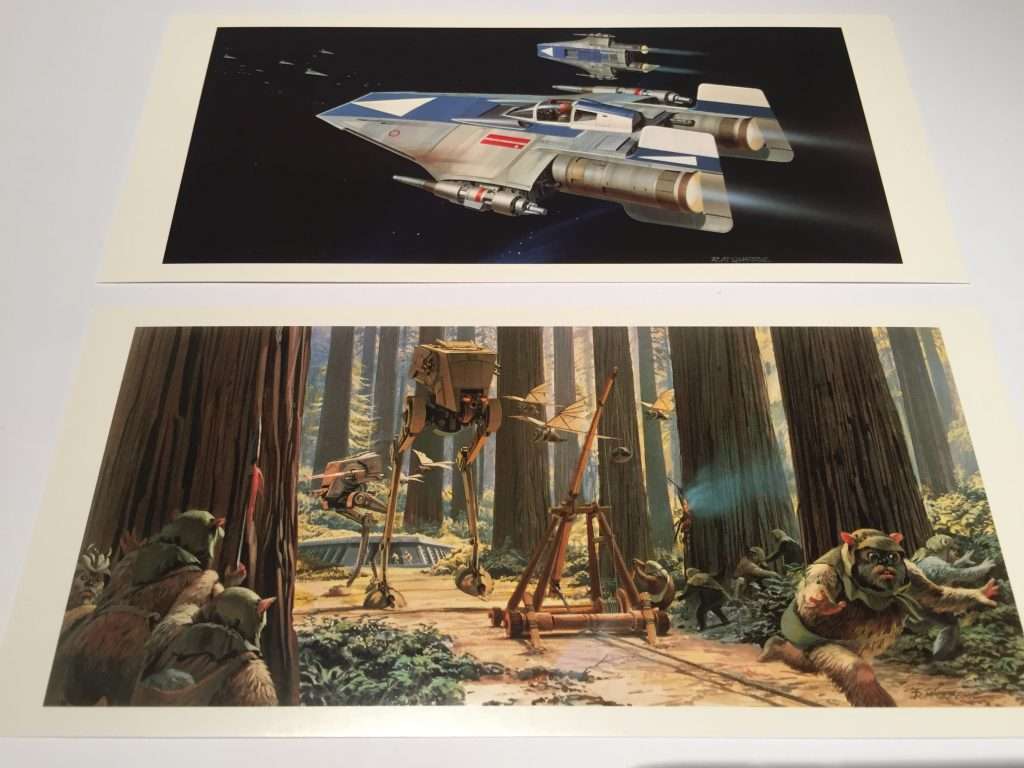 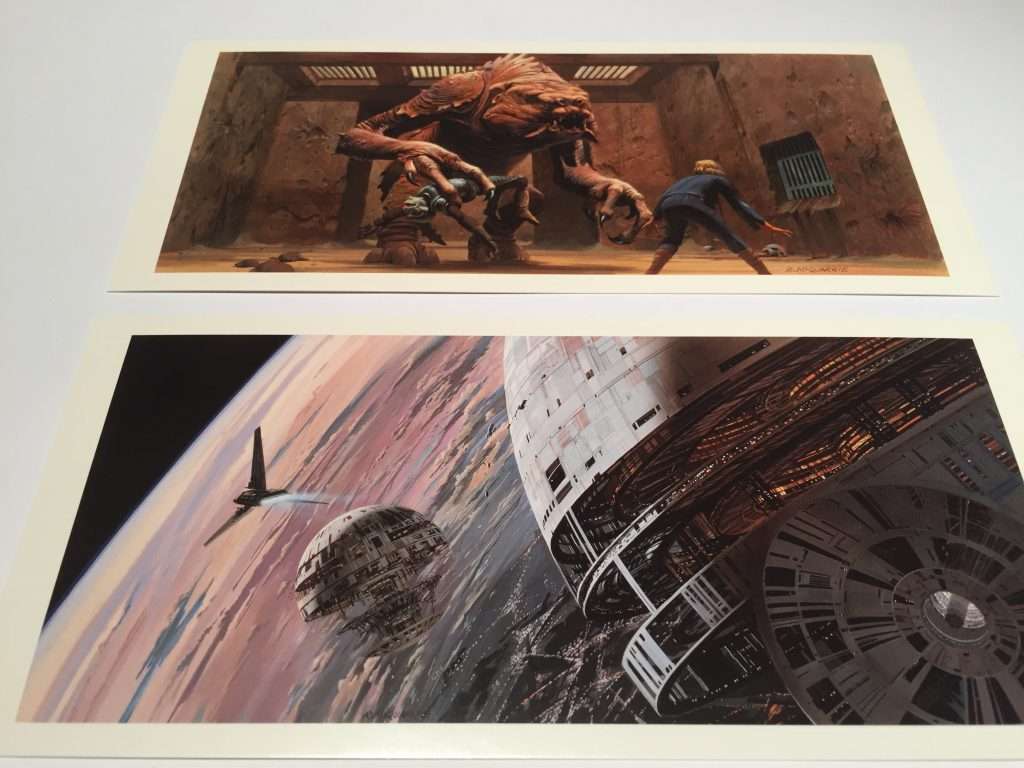 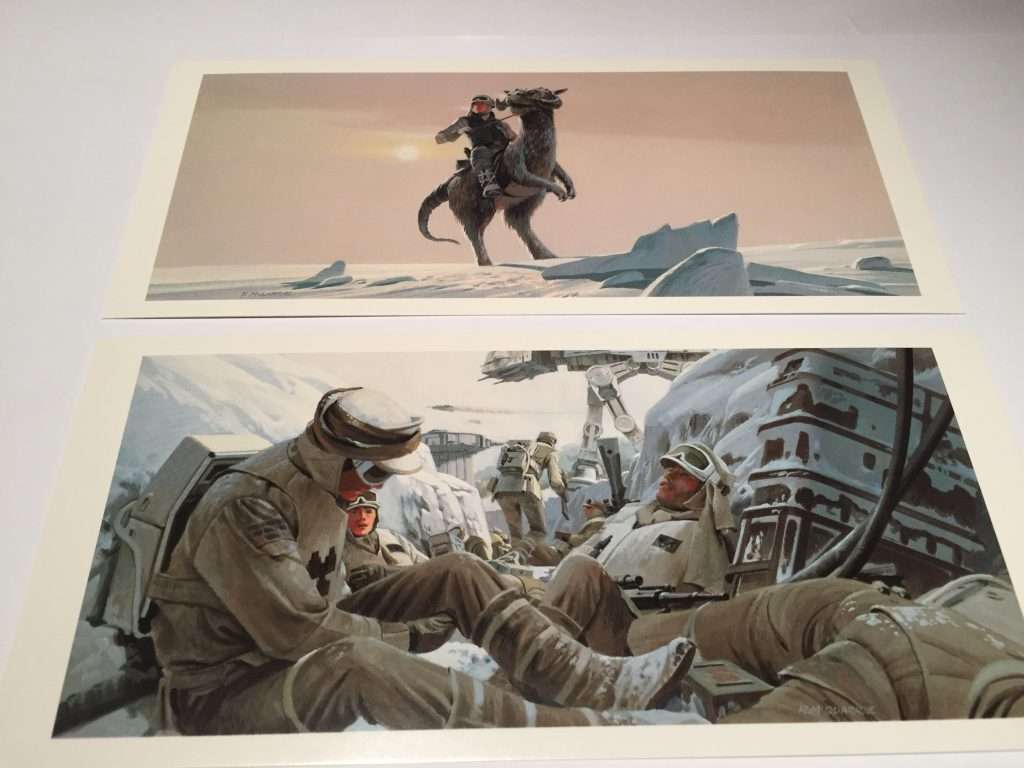 If you want to purchase your own set they it’s available from amazon here.

Coincidentally, I was just looking at this item. Serendipity dictates I should purchase this item.

You won’t be disappointed. It’s a very nice set.