On 14th February 2018 Marvel release the first issue of a new six part miniseries, Thrawn! As with most miniseries we are being treated to an action figure variant cover for issue number one. Who else would feature other than Grand Admiral Thrawn himself?!

As many of you will know Thrawn first appeared in the now Legends trilogy of books by Timothy Zahn. I cant praise these books enough so if you haven’t read them give them a go. However, if you want to remain firmly in the new canon then you can see Thrawn strutting his stuff in the animated series Star Wars Rebels.

This miniseries looks as though it will be exploring Thrawn’s origins, detailing his rise to being one of the most feared military tacticians the galaxy as ever seen. I am so looking forward to getting my hands on this series.

John Tyler Christopher hasn’t let us down with doing this much loved character justice. With no original Kenner figure to compare him too I think he has done a stellar job. The art work for the card is the usual exceptional standard. 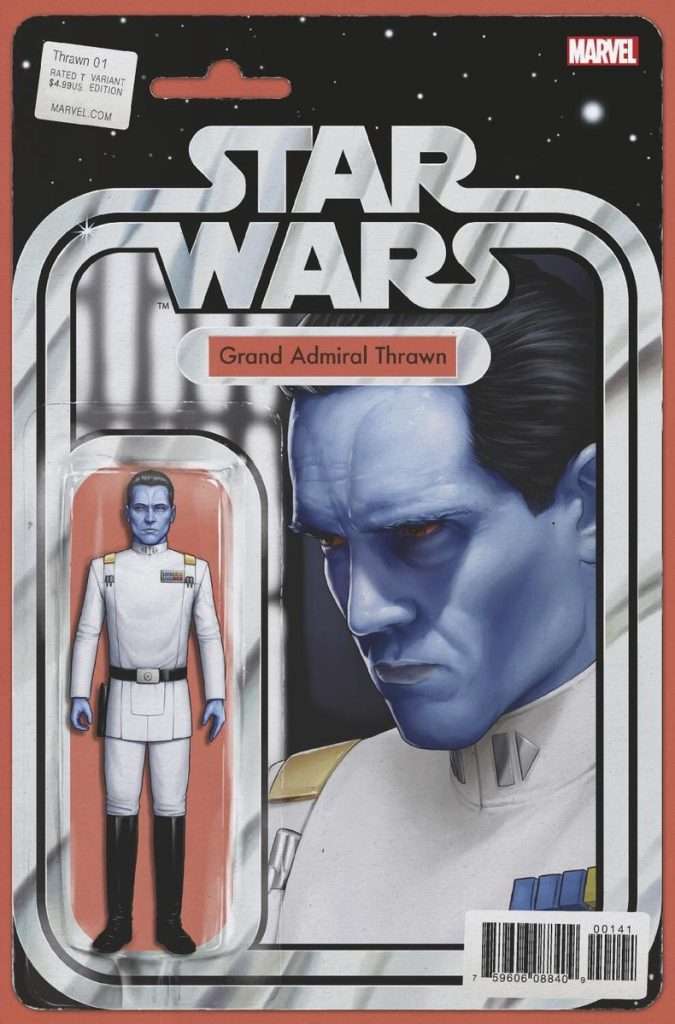