In addition to realistic looks, each helmet is also battery-powered. They come with their audio and sometimes visual effects as well. With prices ranging from $80 to $130, they are one of the more affordable options.

Below we will go through each of the helmets released since their launch in 2015. We will go into the details, prices, and looks of each.

The first Black Series helmet released in 2015 was the Kylo Ren helmet. It is based on his helmet he wears in The Force Awakens. From the weathered black to the silver mask, it matches perfectly with the one seen in the movie. It even includes dents and scratches.

This helmet can be taken apart into two pieces. The front has an electronic voice changer to mask your voice, making it the rough style of Rens. Inside are adjustable straps to fit the helmet to your head. 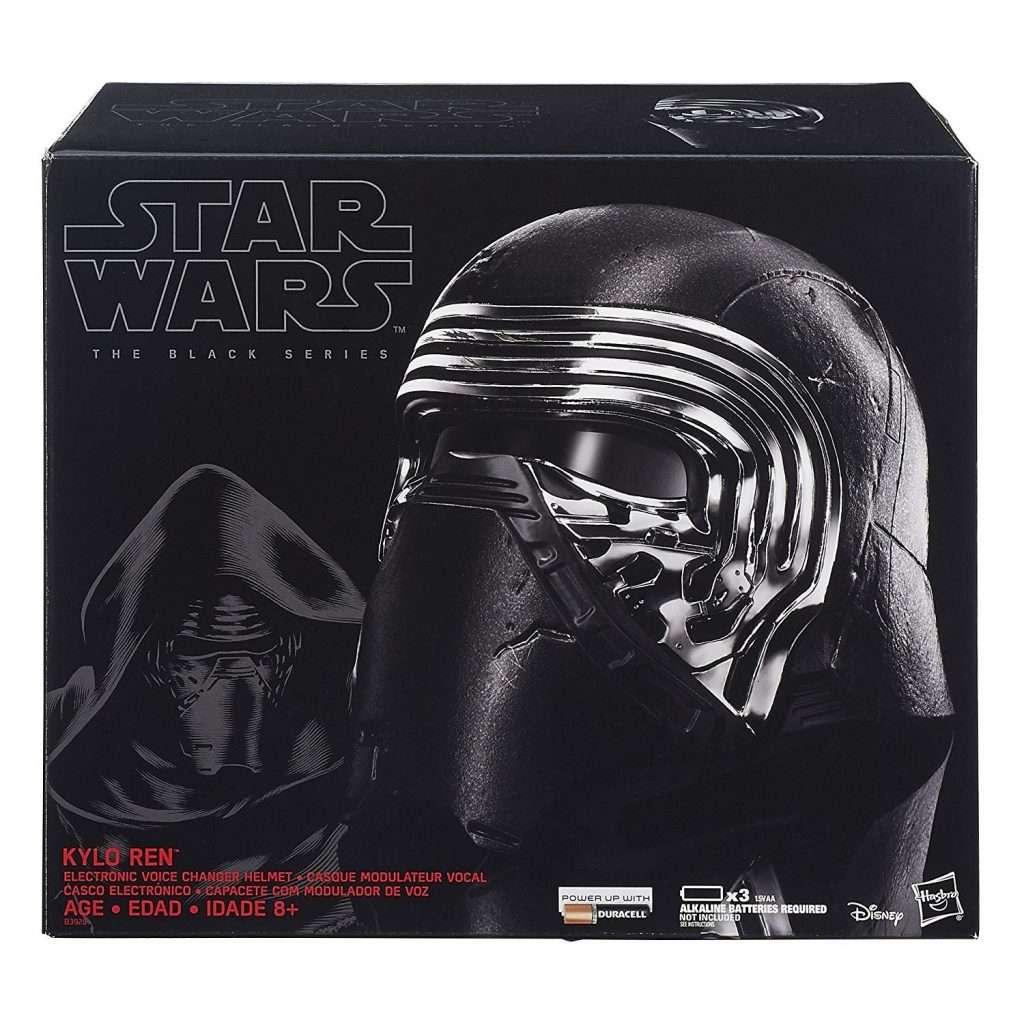 Released a year after the Kylo Ren Helmet, in 2016, the Shadow Trooper Helmet was based on the troopers found it in the video game Battlefront. The helmet includes silver, grey, and blue details on the black helmet.

Just like the Kylo Ren helmet, the Shadow Trooper one has a voice changer. It distorts your voice to sound like that of the Shadow Troopers. Additionally, if you prefer an even more realistic experience, the helmet plays lines from the movie. 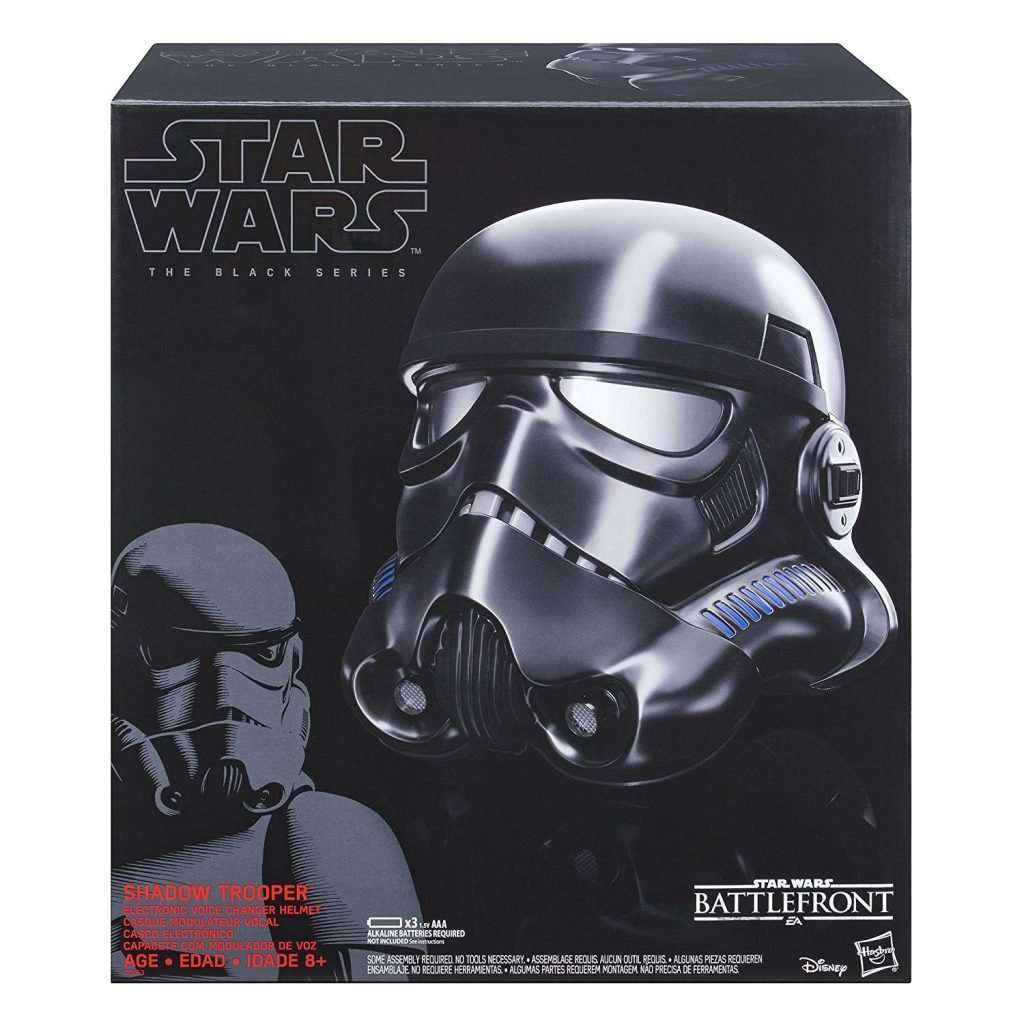 The Imperial Stormtrooper Helmet was released the same year as the Shadow Trooper (2016). It was designed to match the stormtroopers’ helmets in Rogue One. The bright white main design has grey and black markings.

This helmet fits a little bit smaller than the other two previously listed. As such, it is a great choice for younger kids to wear. The plastic helmet comes with a chin strap and other adjustable straps for a snugger fit.

This Stormtrooper helmet comes with a voice changer to match the identical voices of each trooper. Original RRP $79.99. 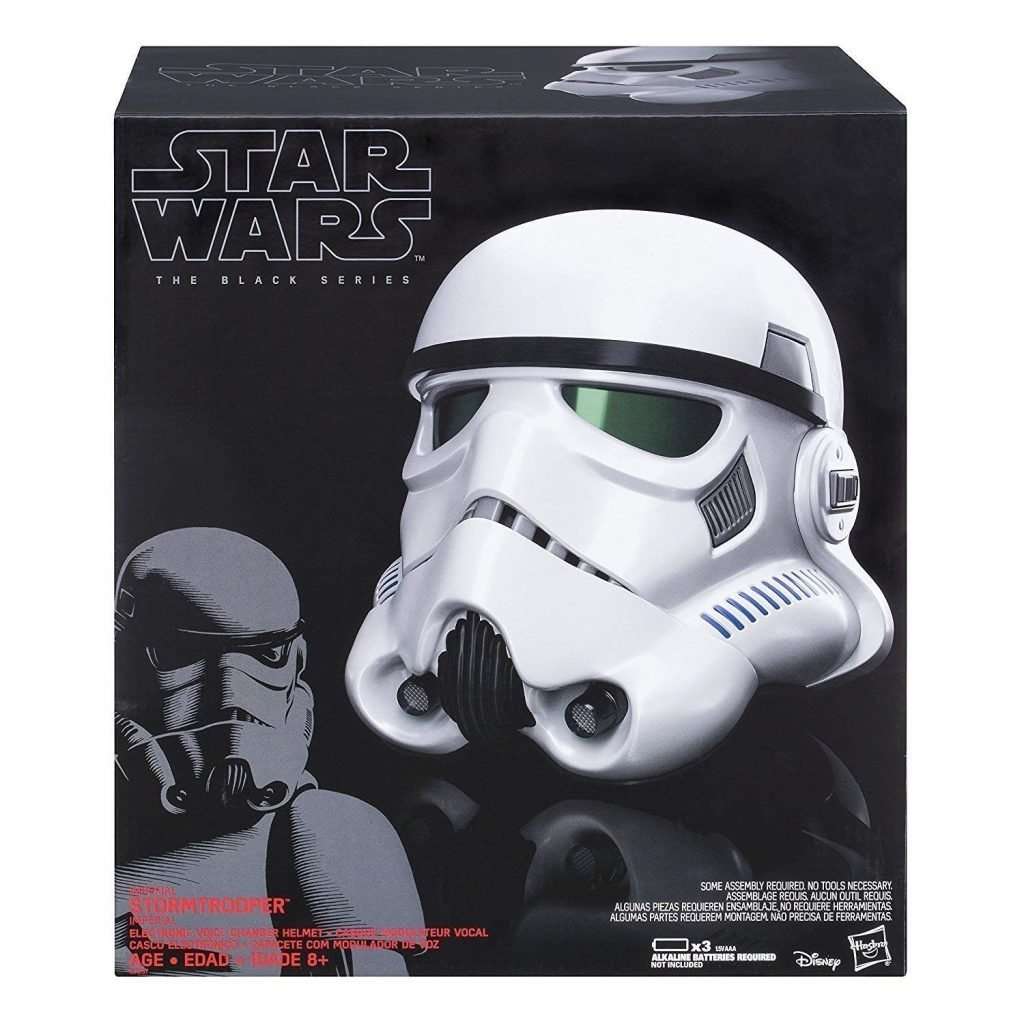 Everyone’s favorite pilot from the sequel trilogy also has his helmet available in the Black Series. Made in 2017, it doesn’t contain a voice changer like the previous three listed. Instead, it comes with speakers that make the sounds of BB-8 and X-Wing Fighters fly by.

The sounds are voice-activated. All you have to say is “hey BB-8,” and you’ll be in the heat of the battle with X-Wings flying by and BB-8 responding to your instructions. You’ll feel as though you are flying a ship yourself.

Unlike some helmets, it has an open design, allowing for better visibility. Additionally, it has the Resistance insignia. It is red, black, and silver like seen in the movies. Scratches and dents are painted on to show the wear and tear of battles experienced. The yellow visor is retractable, allowing you to keep it up or down.

Poe’s helmet comes with padding that can be removed. The removal of padding allows for the helmet to fit a larger variety of head sizes. Original RRP $79.99. 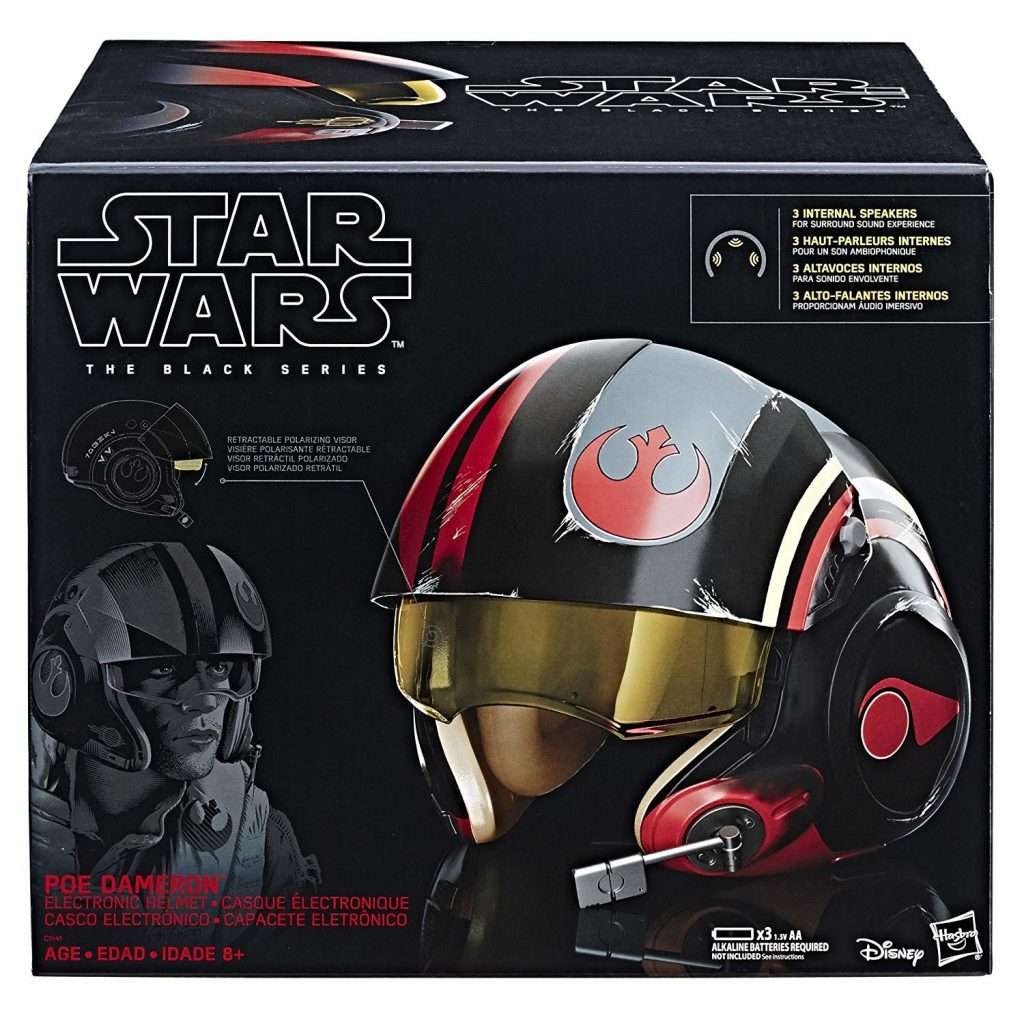 Since Star Wars’ first creation in 1977, Darth Vader has been a favorite character for everyone to Cosplay. From his iconic voice to his illustrious presence, he is an intimidating Sith for sure.

Although the helmet doesn’t contain a voice changer, the other features make up for it. As seen in various scenes in the movies, his mask has multiple pieces. This one does as well, including a collar, mask, and hood piece.

When the outer mask is removed it makes a hissing sound. Whereas when it is sealed, it makes a thunk. The helmet also makes Darth Vader’s iconic breathing sounds.

Made in 2019, the Imperial Shock Trooper helmet is designed after the troopers in Battlefront II. Thick, bright red stripes cover the white helmet.

Inside the helmet are adjustable straps, making it fit any head size. Like the other trooper helmets, this one includes a voice changer to match the shock trooper’s voices.

This helmet was an exclusive GameStop one. Original RRP $99.99. 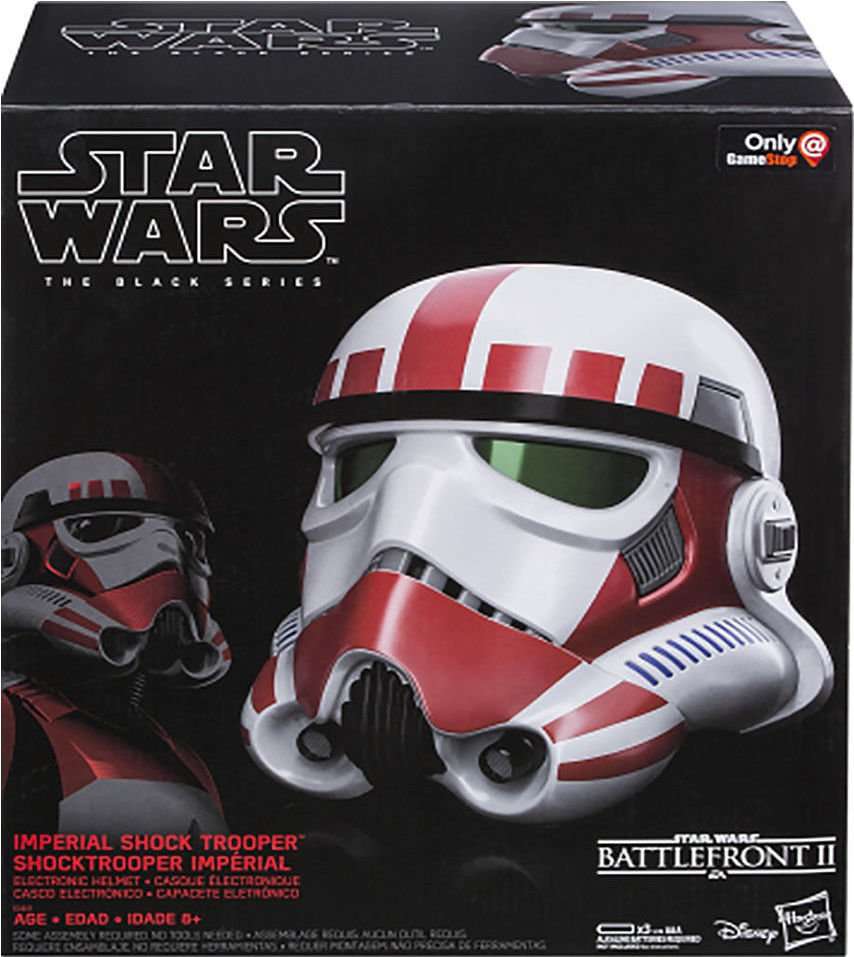 7. Boba Fett (The Empire Strikes Back)

The fearless bounty hunter, Boba Fett’s helmet, is one of the most highly detailed helmets in Star Wars. From the intense battle wear to the range finder, every detail is there. Even though he is seen in various shows and movies, this specific design matches his helmet worn in The Empire Strikes Back.

It is adjustable and has interior padding. Like the other helmets, the padding can be taken out if desired. The interior also includes detailed designs.

The range finder on the outside can be flipped down. When it’s down, it lights up with flashing LED lights. 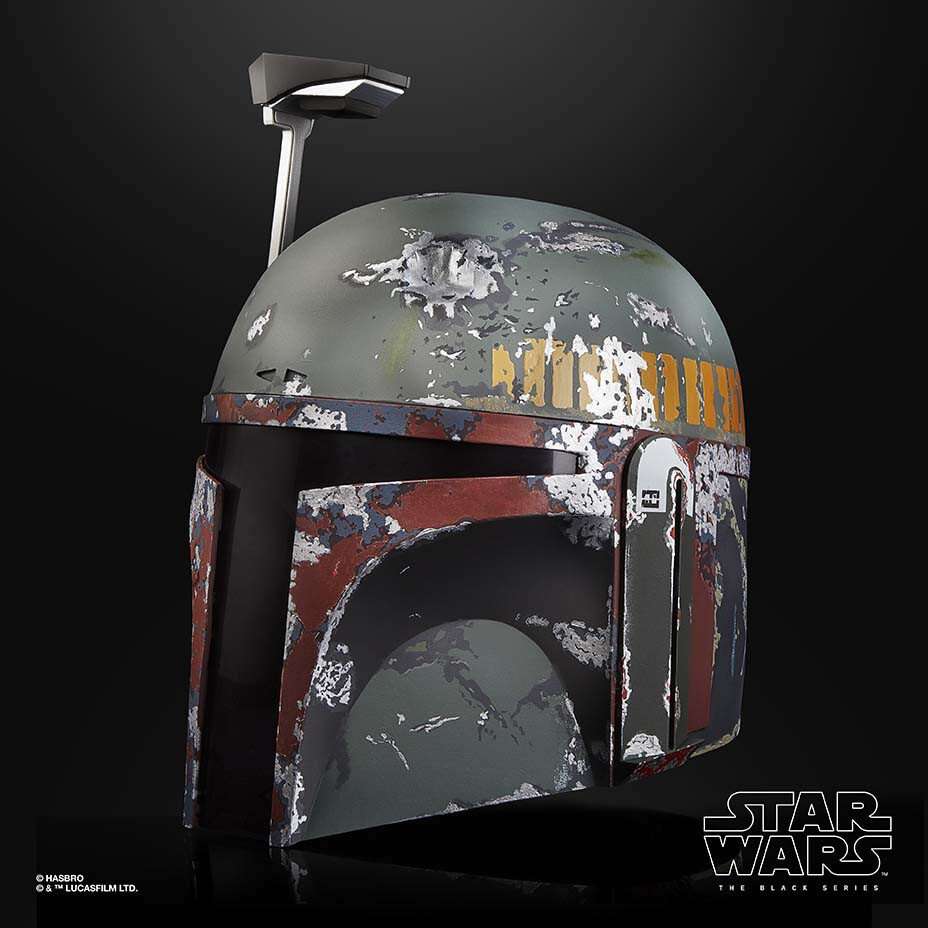 The first helmet released after one seen in a tv show was the Incinerator Stormtrooper. Based on the one seen in The Mandalorian, it matches the white with red markings on the helmet.

These were the troopers that wielded flamethrowers and had heat-resistant armor. Although this helmet isn’t heat resistant, it sure is a hot pick for cosplayers.

It also has adjustable straps and padding inside, making it wearable for all head sizes. The electric voice changers make your voice sound just like the troopers seen in The Mandalorian. 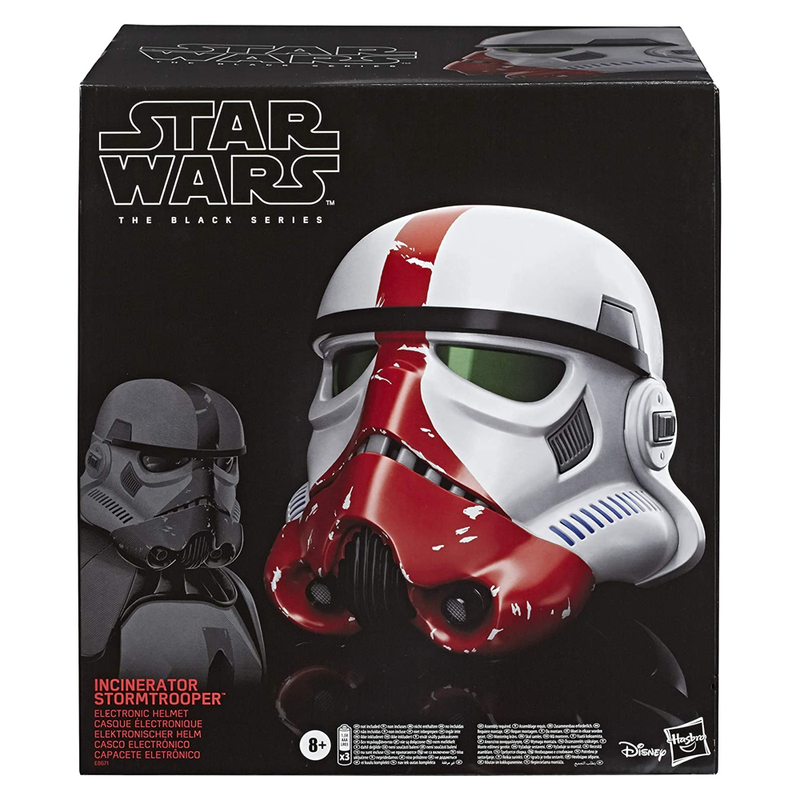 Just like the Poe Dameron helmet, Luke’s helmet doesn’t cover the entire face. It has attachable Velcro padding for the inside and a chin strap to make it a comfortable fit.

If you’ve ever wanted to experience the heat of battle, this helmet does just that! Luke’s visor simulates blaster blasts from enemy ships. Speakers make the sounds of blaster fire as well.

So not only does this helmet sound like the battles Luke experienced, but it also looks the part. The white and red helmet is battle-scarred and damaged just as in the movie. 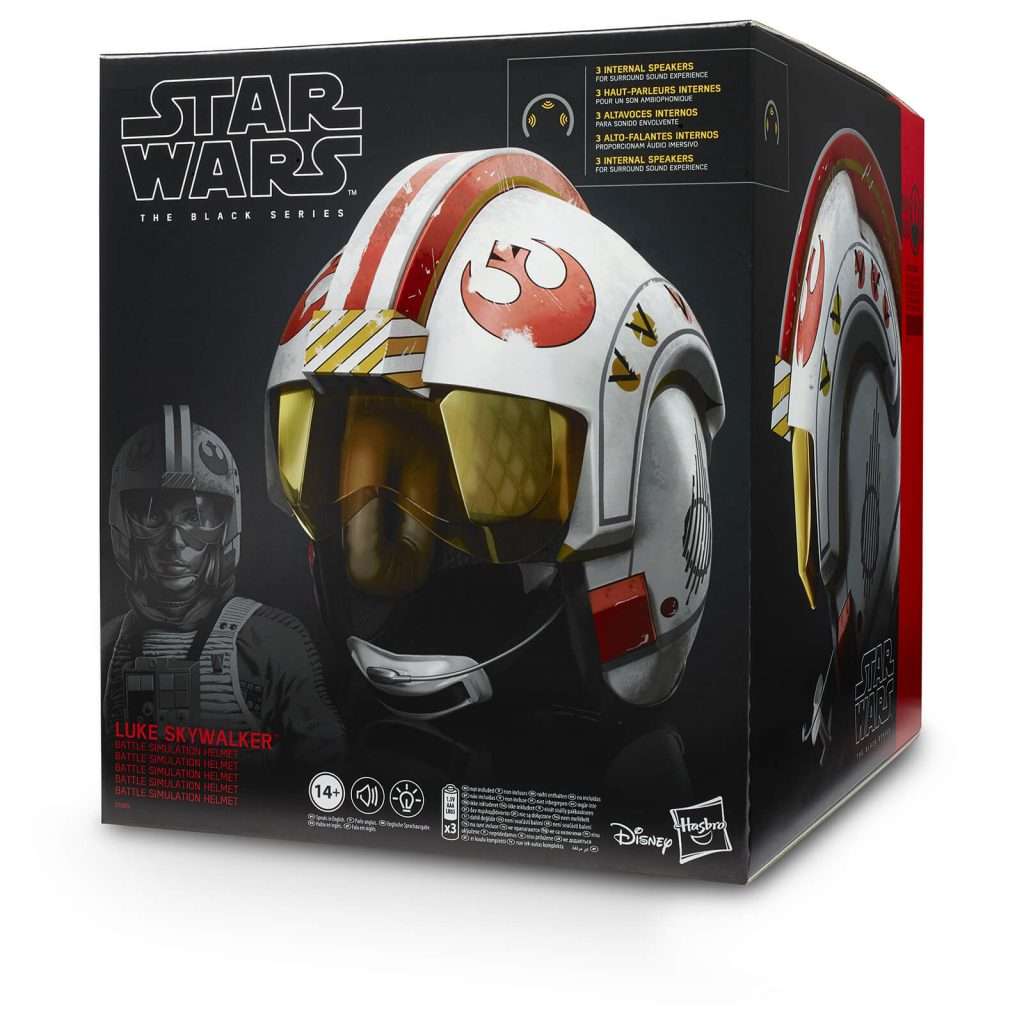 The inside, like many of the other helmets, is adjustable. It includes a voice changer inside as well. The helmet was released in 2020, priced at $99.99. 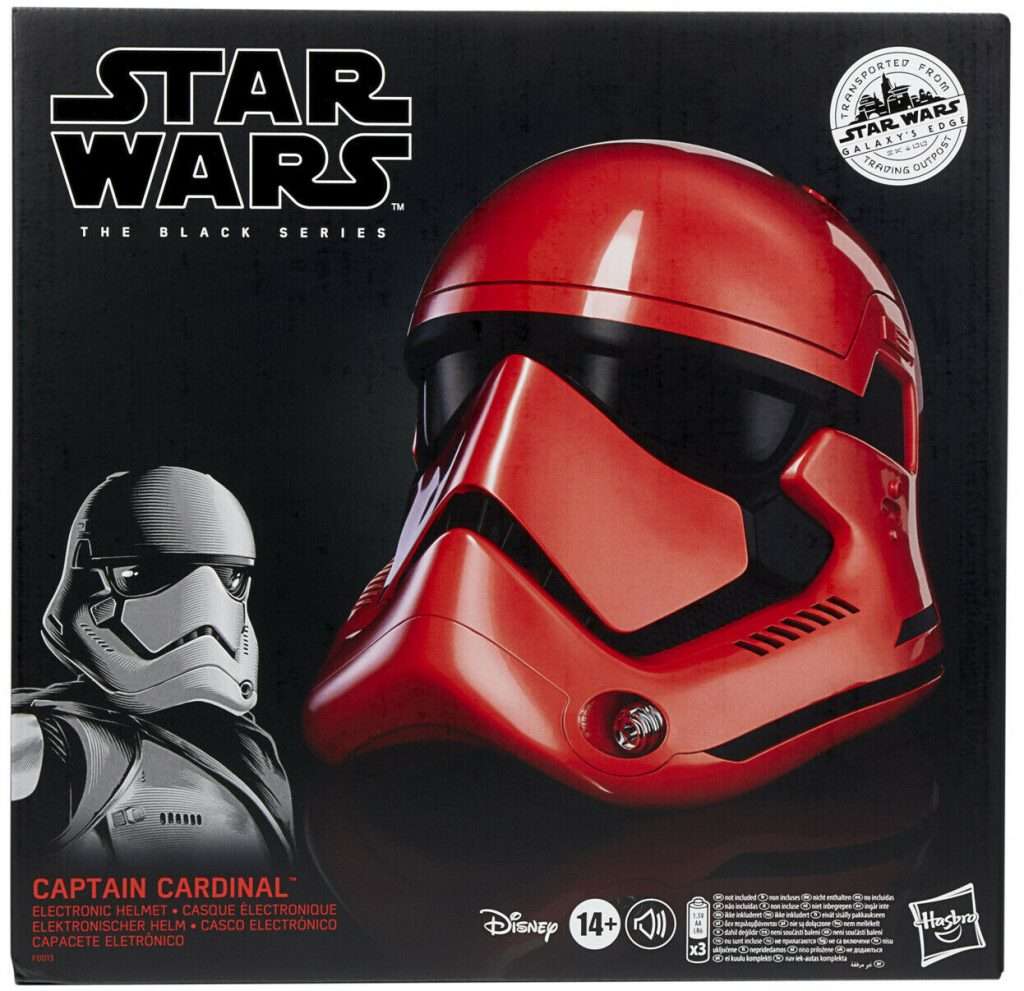 Unbeknownst to some fans is the fact that the original design for Boba’s armor was white. In honor of that design, the white helmet was created. It was released on the 40th anniversary of the release of The Empire Strikes Back.

Although this helmet is not battle-scarred and is all white, it still includes similar features to the other Boba Fett helmet. This one also includes a range finder. The range finder still flips down and has glowing LED lights. On the interior is an illuminated heads-up display as well. 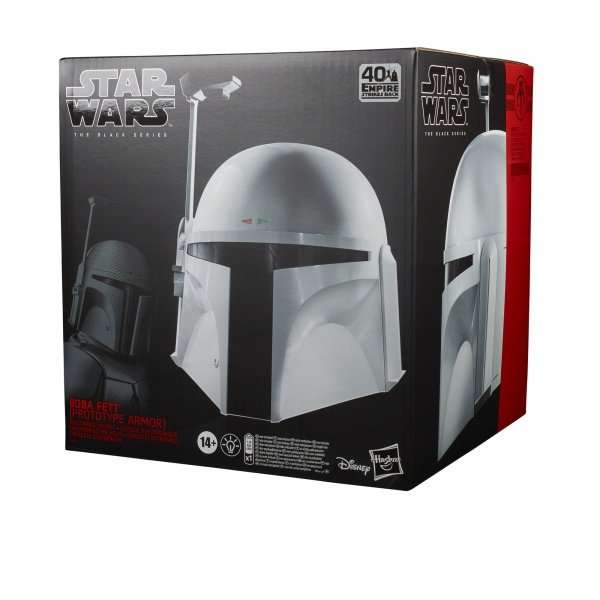 Boba Fett sure is a popular character, as are his helmets. Another version was released in 2021. This design was styled after his helmet in The Mandalorian series. It includes the iconic weathering and beat-up look on the outside, along with a large dent on the left-hand side.

Just like the white helmet, this one also includes the LED range finder. It comes down and includes the heads-up display appearing on the inside of the visor. This version cost $119.99. 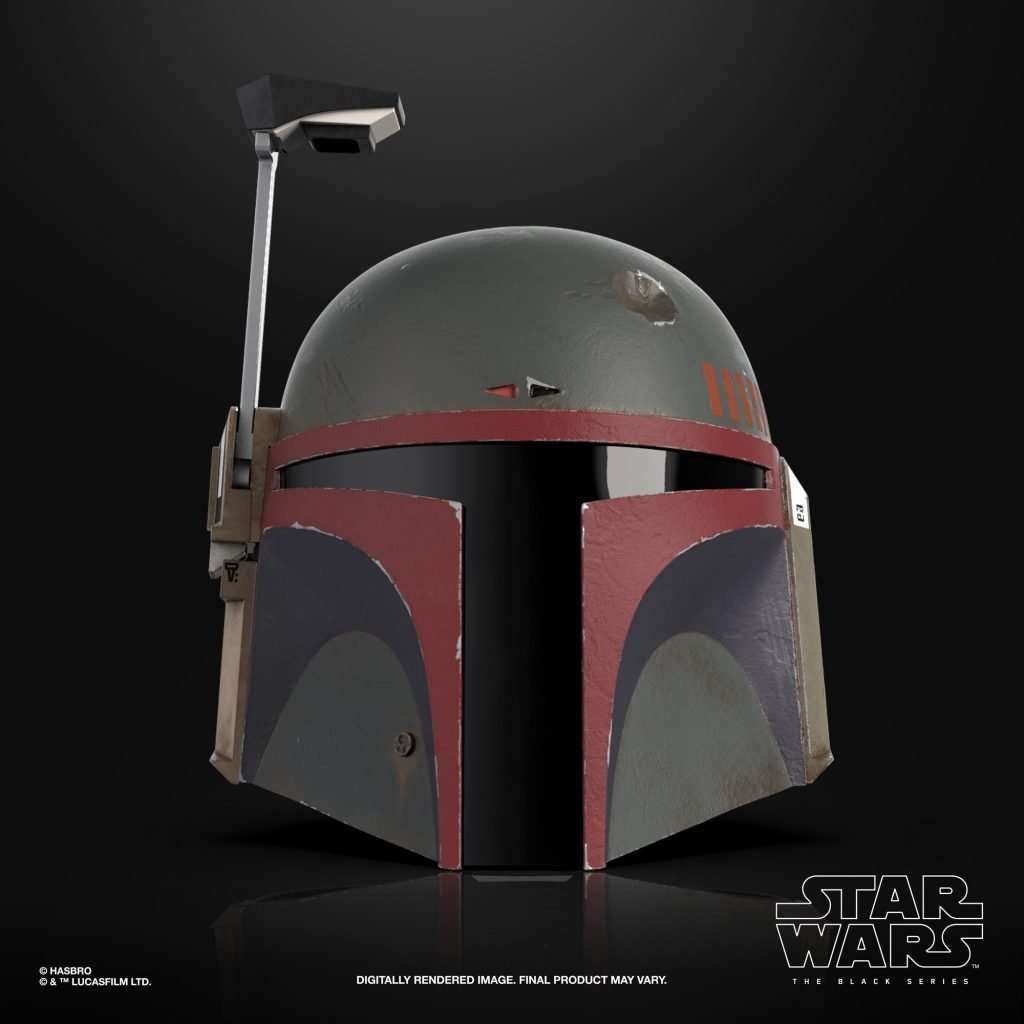 The infamous Death Watch, the group that terrorized Dutchess Satine and her people, have their helmets as part of the Black Series too. Although not made out of actual beskar, it is modeled after the material. It has a very similar design to Boba Fett’s helmet, although the colors are different.

The all-silver-grey armored helmet includes a flip-down range finder. The range finder lights up to reveal LED flashing lights. Additionally, there is a heads-up display that illuminates. The interior is padded, making it fit comfortably on the head. There are also scratches seen around the outside to represent battle scarring. 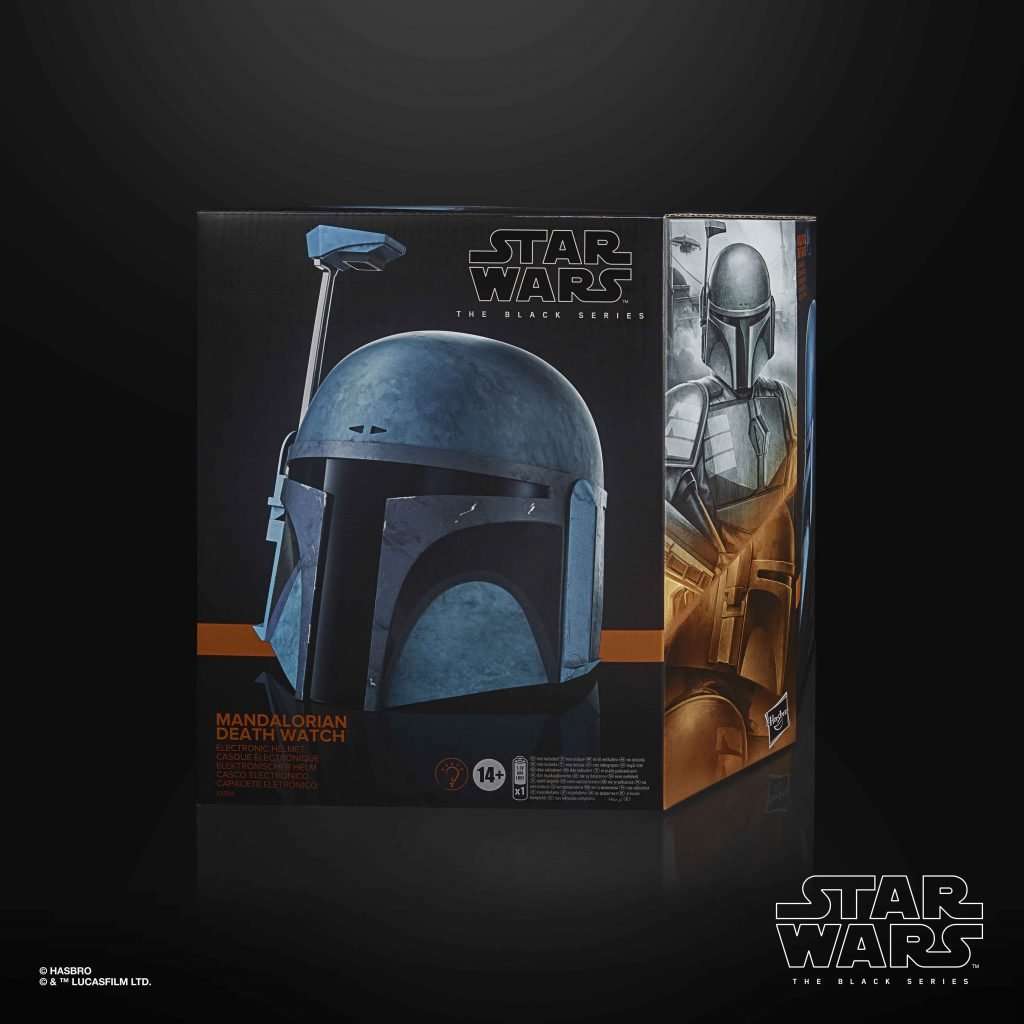 In addition to the Cardinal First Order helmet, there is a normal First Order Stormtrooper helmet too. It is the same design, just differing in color. The all-white helmet includes padding and is adjustable to fit different-sized heads.

It includes voice distortion, allowing you to sound just like you’re a trooper in the First Order. The helmet was also released in 2021 for $99.99. 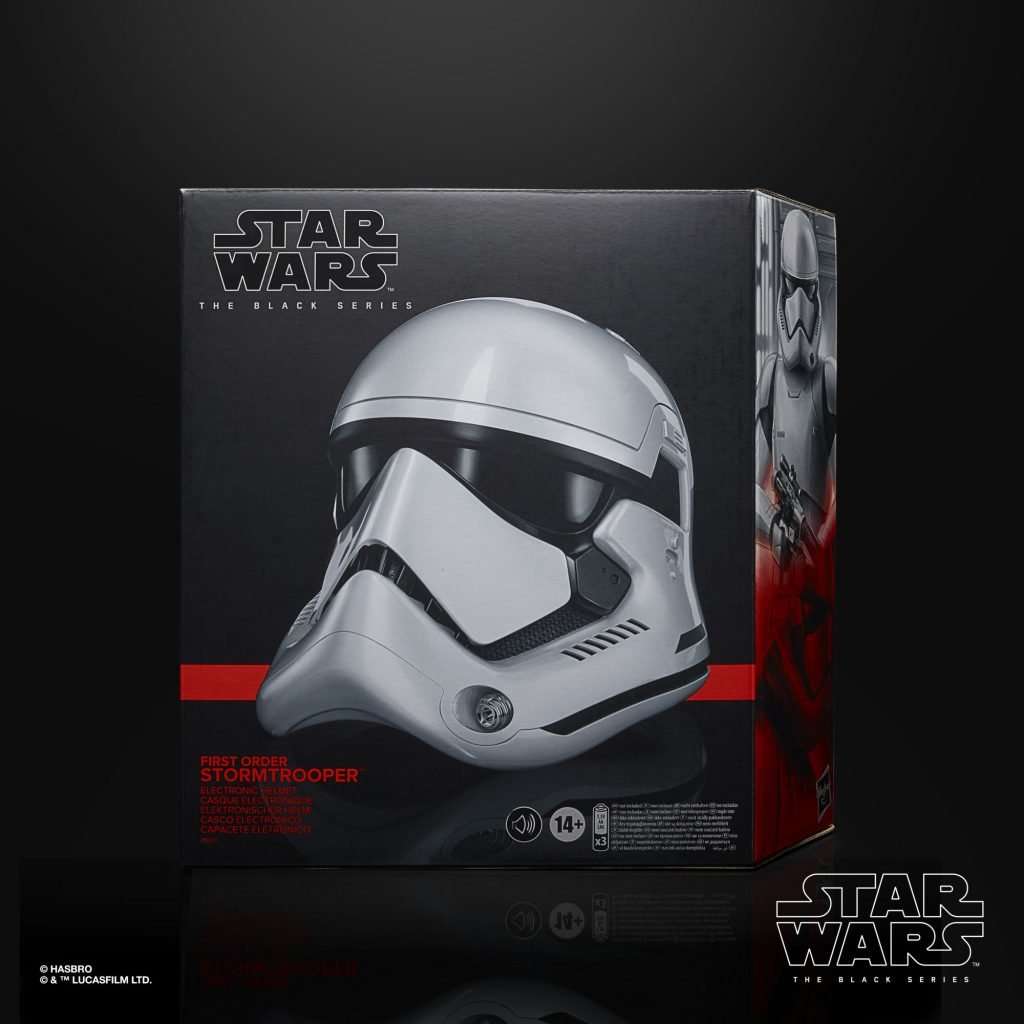 With all of the stormtrooper and Boba Fett helmets, there is of course one designed after the famous Mandalorian as well. With a stuffed Baby Yoda and this helmet, you can perfectly replicate his costume from the movies.

The silver beskar helmet shines just like Mando’s in the Disney+ series. It is adjustable and padded to make for a comfortable fit. The right side of the helmet allows for a tactical light to be removed whenever you desire. If you flip the helmet upside down, it glows red inside. 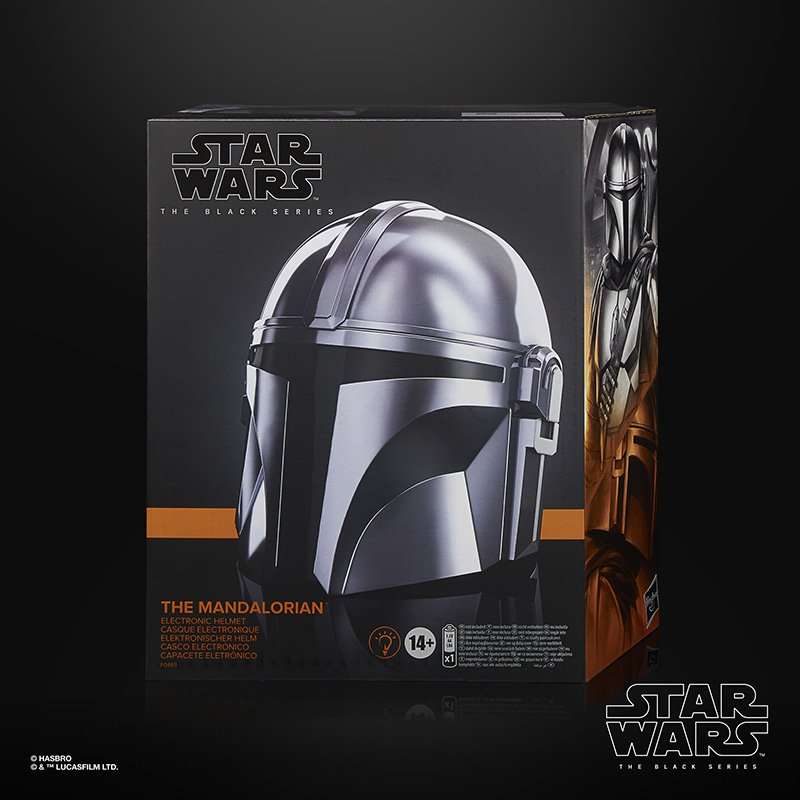 Another famous pilot’s helmet, Wedge Antilles, matches the one he wears in the movies. With a thick visor, weathering, and a microphone, you’ll be flying like him in no time! The helmet has an adjustable chin strap and comfortable padding on the interior.

Just like Luke’s X-Wing helmet, Wedge’s also comes with sound effects and in-visor LED lights. They simulate the battle sounds and blaster fire. In addition to the noise of the blaster fire, you can hear your trusty droid R2-A3 through your speaker.

There is a switch inside the helmet that allows you to choose which battle you’d like to simulate. You can choose from the Battle of Yavin, where he pilots his X-Wing, or the Battle of Hoth in his snow speeder. 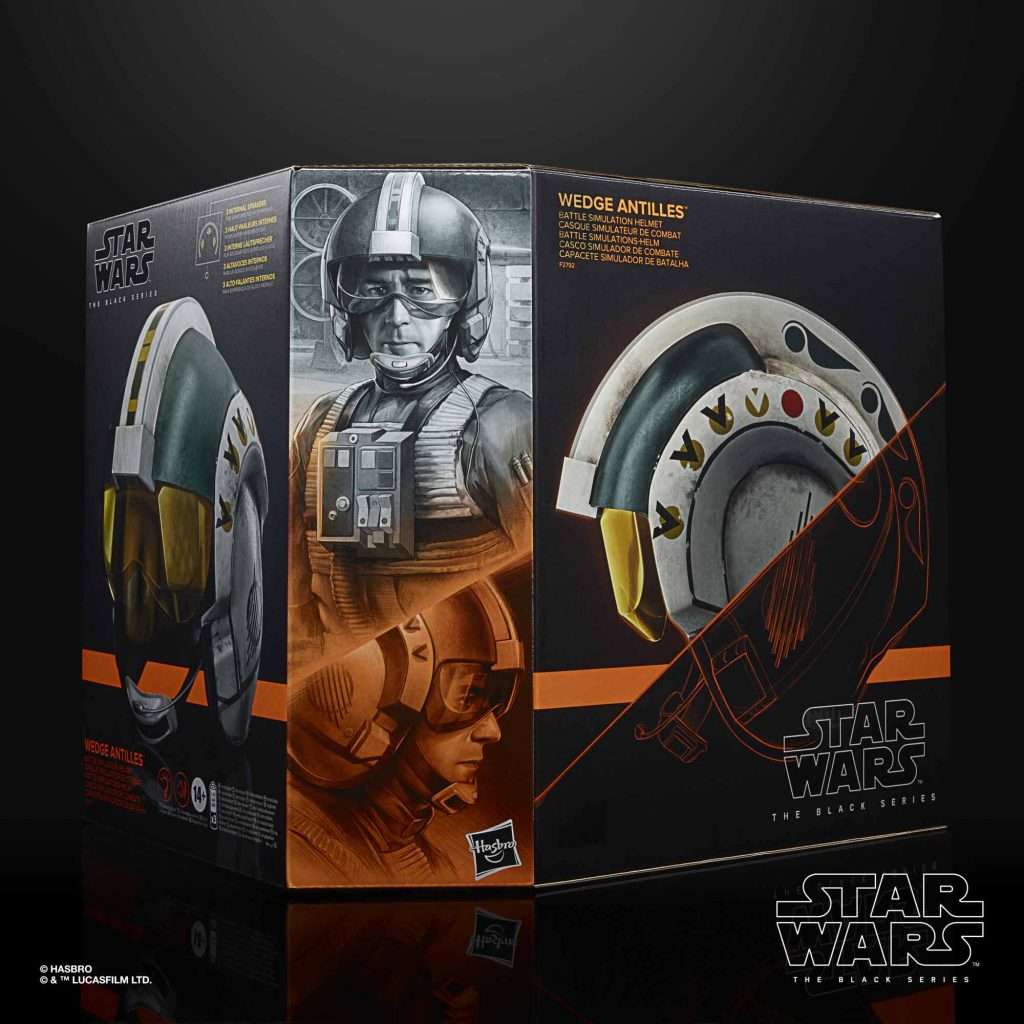 The red-headed sister of Dutchess Satine is the only female Star Wars character’s helmet the Black Series has released so far. Her helmet came out in 2022 and is priced at $124.99.

White and blue, it contains her distinct helmet marking and battle scarring. The range finder on the side comes down and lights up. When it flashes it does so in the “hunting” pattern along with the heads-up display that shows up. 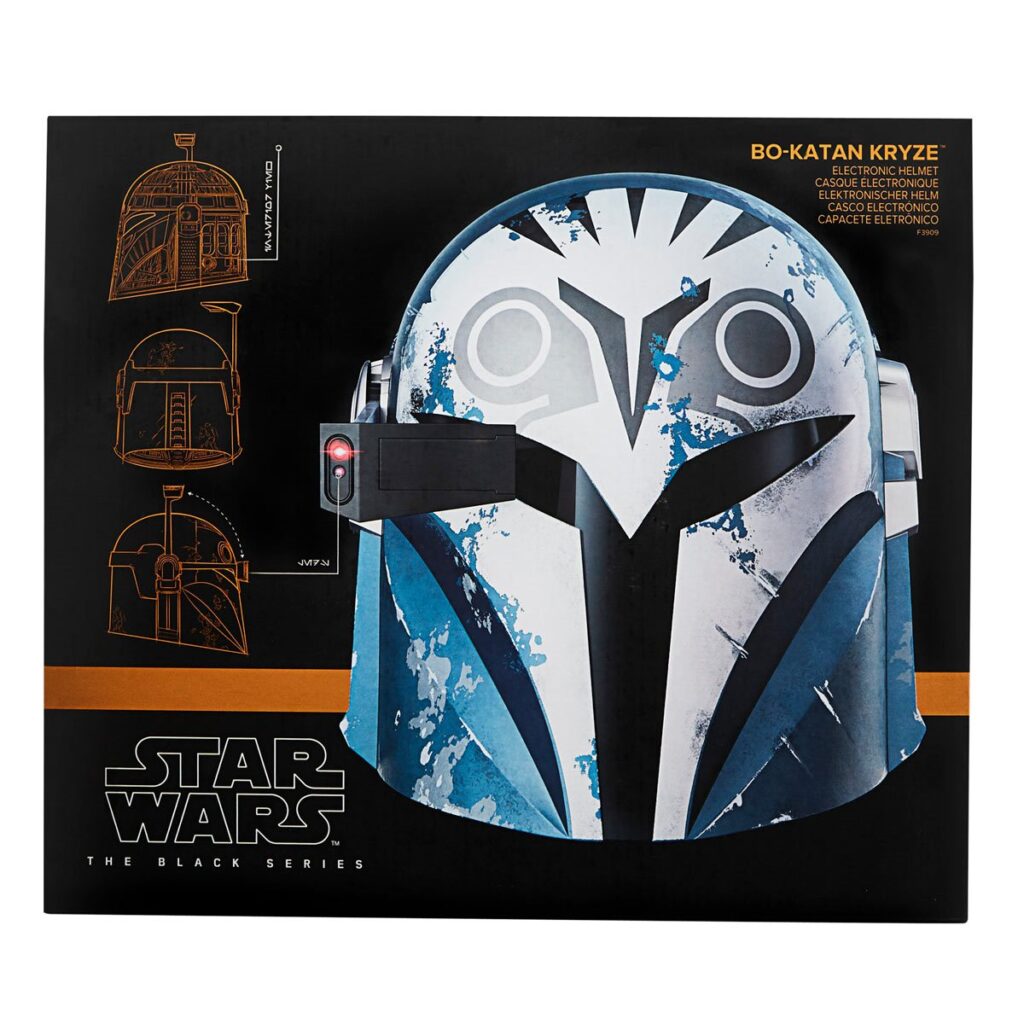 This helmet is the only one inspired by the New Republic. It is grey with yellow and black designs on the outside. Additionally, the side sports a yellow Rebels insignia. The top includes a black design of a wolf.

Although this one is not yet released in stores, it comes out in February of this year. It comes with sound effects that synchronize with flashing lights. They simulate battle explosions and blaster fire.

You can also receive communication from Captain Carson Teva. This helmet fits better on adults as it is a larger size. It costs $131.99. 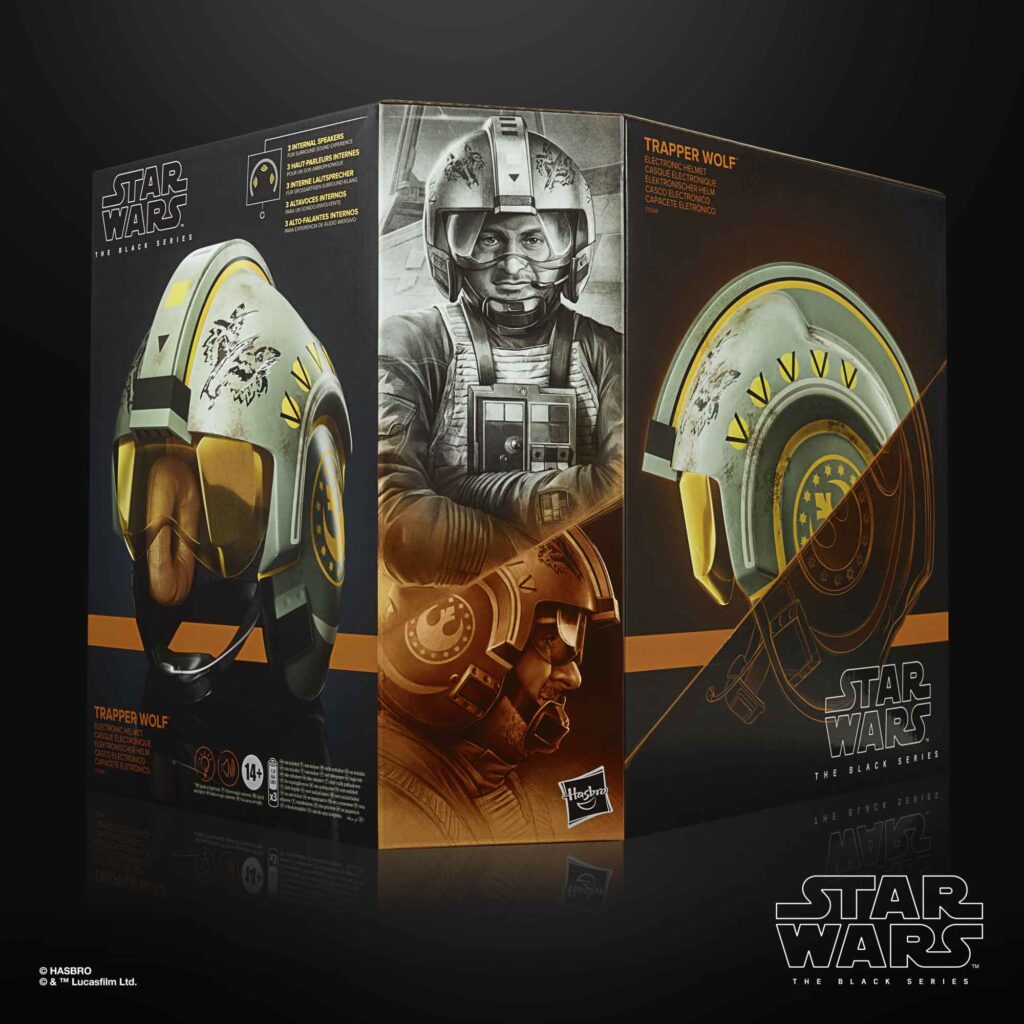 These troopers focused on mortar weapons. Like most stormtrooper helmets, this one comes with a voice changer to disguise your voice. It is adjustable to fit any head size. 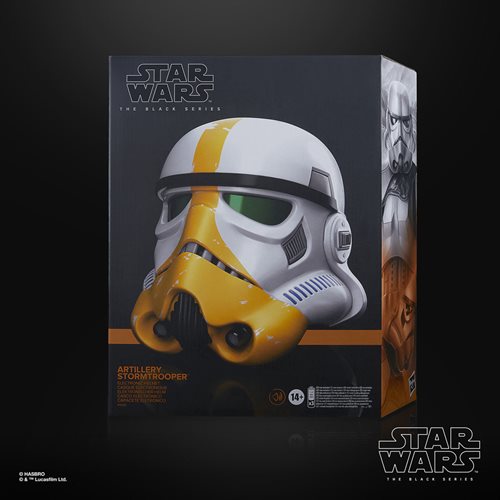 This bright white replica of the troopers’ Phase II helmets was an exciting addition announced to come out in May of this year. The voice changer allows for voice distortion, making you sound just like a reg!

It costs $131.99 to preorder. Although, the design is only released for regular troopers if you are talented enough you could always paint it to match your favorite clone battalion! 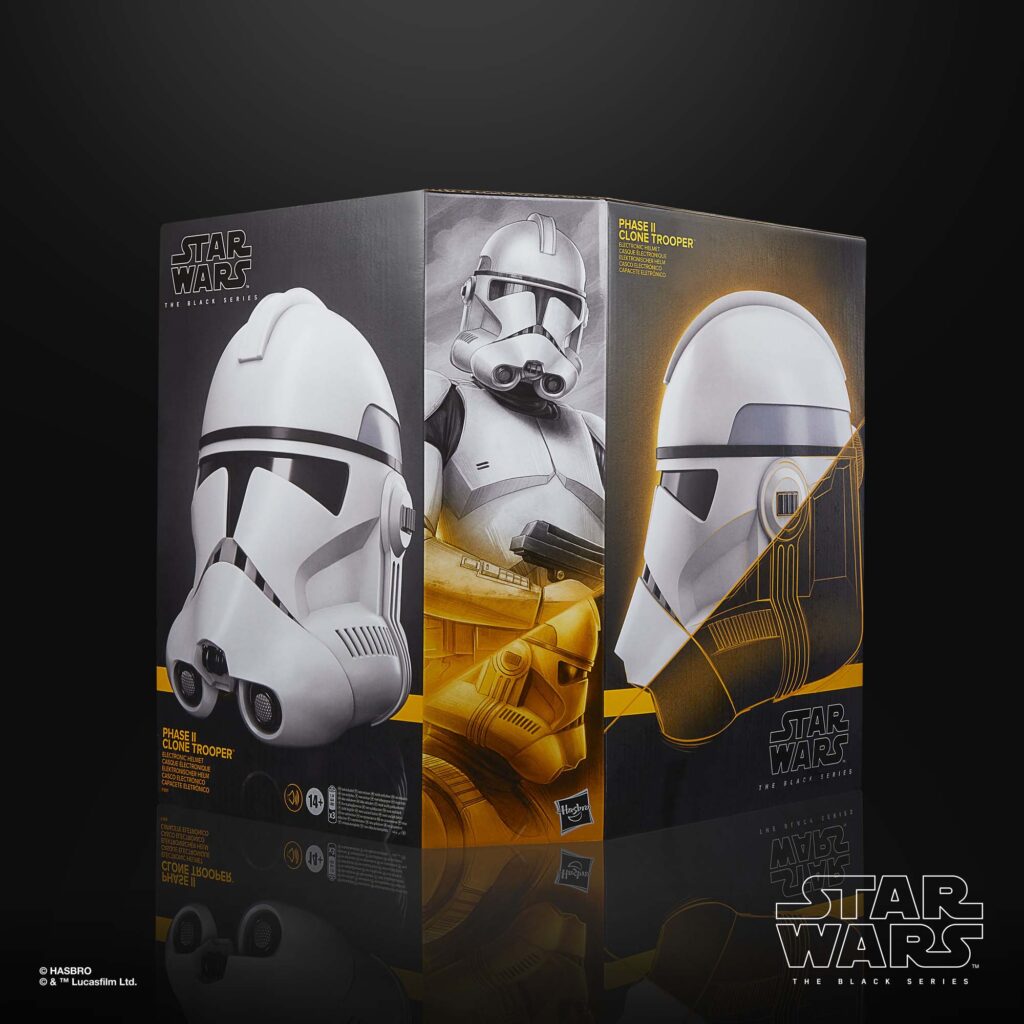 With the release of the new Kenobi series, came the release of a new Darth Vader helmet. Although a helmet had previously been released two different years, this one, released in May of 2022 follows the design of his helmet in the show.

This design also comes with multiple pieces that are attached magnetically. It makes the sounds of his iconic breathing as well. The eyes are deep red on this helmet. It can be purchased for $131.99. 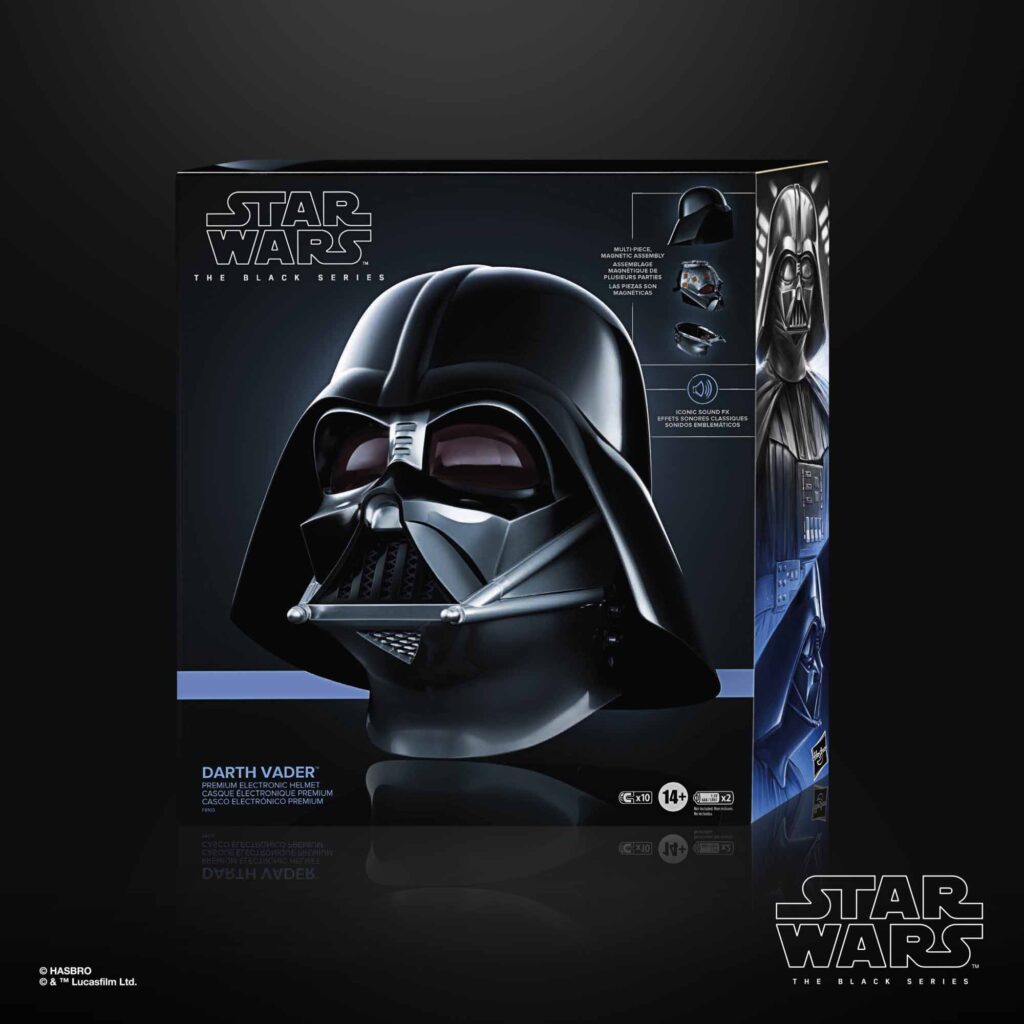 From Boba Fett to Wedge Antilles, you can choose from your favorite movie or tv show characters. Since 2015, they have released a variety of characters’ helmets and some of the same. No matter which movie you want to base your costumes on, they have an option for you.

It’ll be exciting to see which further releases will come out in the next few years. Will we get some unique helmets such as those the members of the Bad Batch wear? Which character’s helmet would you like to see created next?