Just as various Jedi and Sith are near and dear to our hearts, we can’t forget the incredible clone troopers. Working together in the Grand Army of the Republic, each clone also worked in smaller squads, battalions, or platoons. In this article, we will be discussing every clone battalion in Star Wars. We will be including the Jedi Masters that led each battalion and the Jedi’s trusty Clone Commanders and Captains.

What is a Clone Battalion?

After a Corps was the Legions. Legions had four regiments led by a Jedi General and/or Clone Commander as well. After a Legion comes a Brigade. They were troopers led by a Jedi Officer. Often, they were used to take control of a planet with the least number of casualties. Underneath a Brigade was a Regiment. Regiments were made up of four Battalions led by a Clone or Jedi Commander.

Then came the Battalions. These battalions consisted of a Jedi General that led them, a Clone Commander or Captain, and Clone Troopers. They included four Companies of 576 troopers. Each Company could then be broken down into even smaller Platoons and Squads.

The Lancer Battalion often rode speeder bikes. While on these bikes, they used lances to spear the battle droids they fought against. They were led by Jedi General Obi-Wan Kenobi and first seen in the Battle of Muunilinst.

This battalion was unique in the fact they didn’t have any blasters. Their armor was Phase 1. Often, they were sent in to distract the enemy and destroy battle droids. The 21st Nova Corps was led by one of the most powerful Jedi, General Ki-Adi-Mundi. Under his command was Clone Marshal Commander Bacara. This Battalion wore specialized maroon and white armor. Their helmets were specialized to filter poisonous gasses. These troopers were known as the Galactic Marines, famous for their success in combat.

These troopers armor looked similar to the armor that was later used by snow troopers on Hoth. Their armor differed in the color, adding the color maroon to it as well.

The 21st Nova Corps battle in The Clone Wars “Old Friends Not Forgotten” episode. They also appear in the infamous Order 66 scene. There they turn on Ki-Adi-Mundi, killing him on Mygeeto.

This lucky 13 Battalion was nicknamed the Iron Battalion. Sporting yellow and white armor, they were led by Jedi General Jaro Tapal and his Padawan Jedi Commander Cal Kestis.

Members of the 13th were infantry soldiers. Their headquarters were on the Star Destroyer Albedo Brave. They fought bravely in the Bracca Campaign during the Battle of Coruscant. 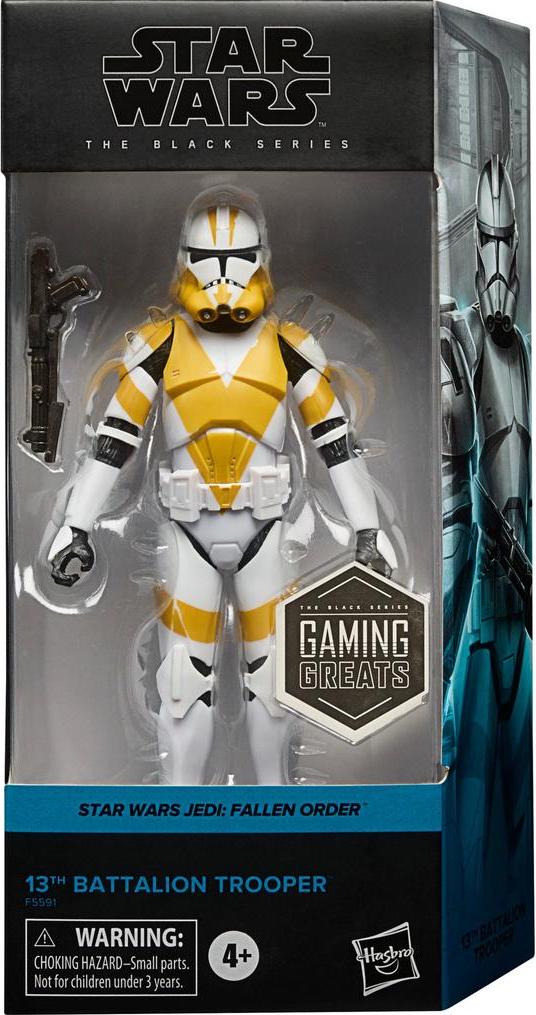 Infamous for attempting to destroy Jedi General Yoda on Kashyyyk, the troopers wore green camouflage. They are only seen in Revenge of the Sith.

These foot soldiers were specially trained for warfare on planets with difficult terrains, such as Kashyyyk. Their armor’s flexibility and wider visor assisted in vision and movement throughout these terrains. In addition to Master Yoda, Jedi General Luminara also helped lead this Battalion. Underneath their command was Commander Gree.

The famous Wolfpack Battalion was led by Jedi General Plo Koon, affectionately known as Wolf Leader. Commander Wolffe, Sergeant Sinker, Sergeant Boost, and Corporal Comet were proud leaders of this brave Battalion as well. The 104th got its nickname after their brave Commander Wolffe.

A smaller unit inside the 104th was the Wolfpack Squad. Their white and grey armor had the markings of grey wolves on them to distinguish them from other troopers and signify their squad.

Their original maroon armor changed to grey and black later on. They were known for their bravery in aerial warfare. The Wolfpack is in multiple episodes throughout The Clone Wars.

Some battles they fought during the Clone Wars include the Battle of Felucia, which was part of the Outer Rim Sieges. In addition, they were at the Battle of Kadovo where they helped free Tagruta slaves.

Another infantry Battalion, the 187th was led by Mace Windu. Commander Pons helped to lead this Battalion. The markings on their armor were maroon to match Mace Windu’s lightsaber color. 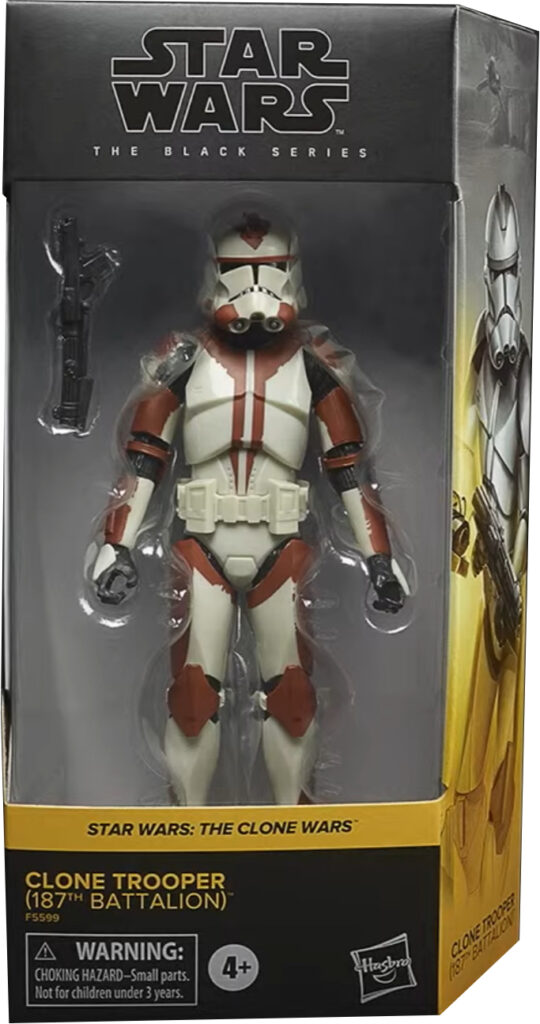 This energetic battalion is seen throughout The Clone Wars and makes an appearance in The Bad Batch. They fought in the Battle of Anaxes during the Outer Rim Siege.

This specific battalion was notable for its grey and red armor markings. They were led by Jedi Bolla Ropal and Commander Ganch. This battalion is seen fighting in The Clone Wars episode “Cargo of Doom.” The Combat Engineer Battalion included many heavy artillery troopers and engineers. These troopers often manned tanks, large guns, and walkers. They were led by Sergeant Gaffa. Their armor had fleurs-de-lis on them. The top of their helmets had three brown stripes. 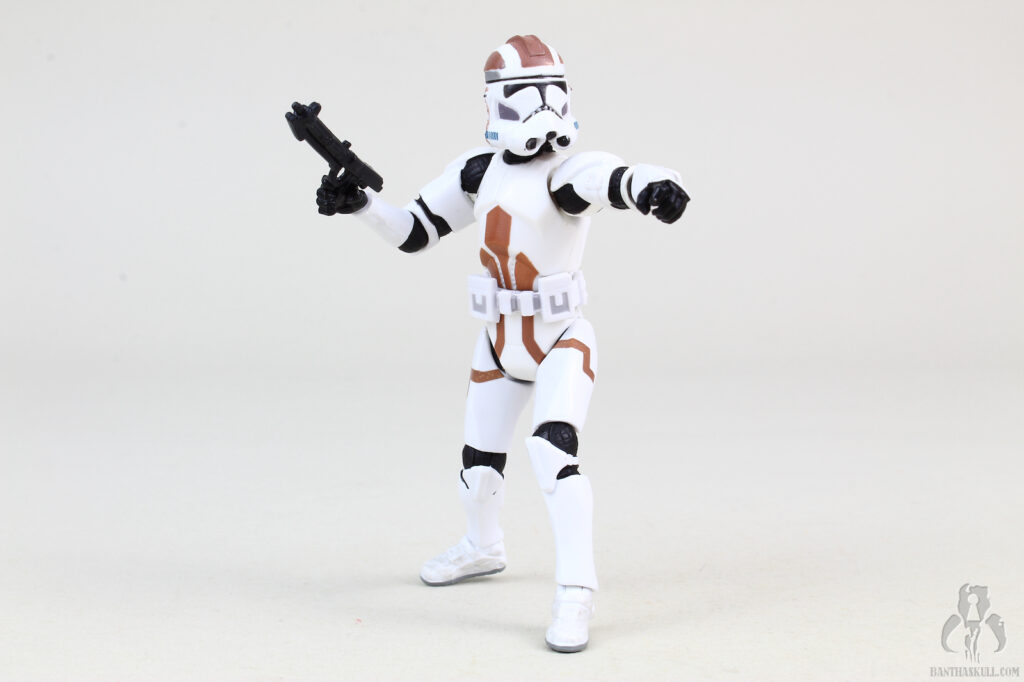 Many a fan loves the 212th. With famous leaders in Obi-Wan Kenobi and Commander Cody, this orange and white Battalion fought many a battle. Some other famous members of this battalion included Gregor, Waxer, and Boil. 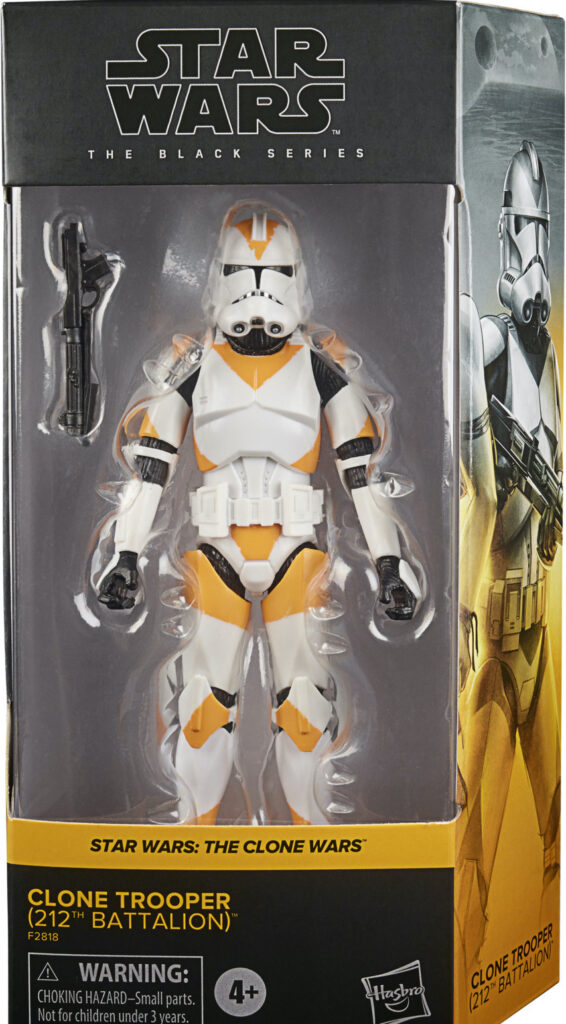 They were a subunit of the 7th Sky Corps which included ARF troopers, infantry, and paratroopers. The paratroopers are seen dropping in on Utapau.

Often seen assisting the 501st, the 212th helped many other Battalions and planets during the war. They are seen throughout the entirety of The Clone Wars, Attack of the Clones on Geonosis, and Revenge of the Sith. 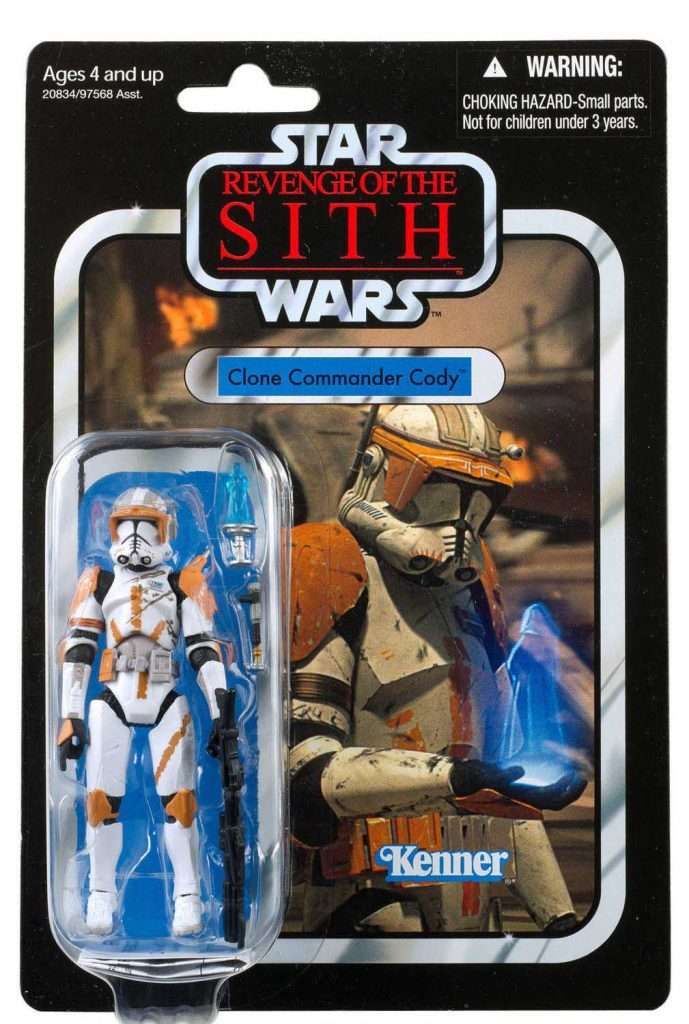 For those who love Cody, the scene on Utapau breaks their hearts. He receives the transmission to execute Order 66 and fires a tank at General Kenobi. Later a fellow trooper tells him of Kenobi, “Sir, no one could have survived that fall.”

Probably the most famous Battalion in Star Wars, the 501st is incredible. Led by Anakin Skywalker, Ahsoka Tano, and Captain Rex this Battalion was well-known for their independent thinking and success. They each wear bright blue armor. 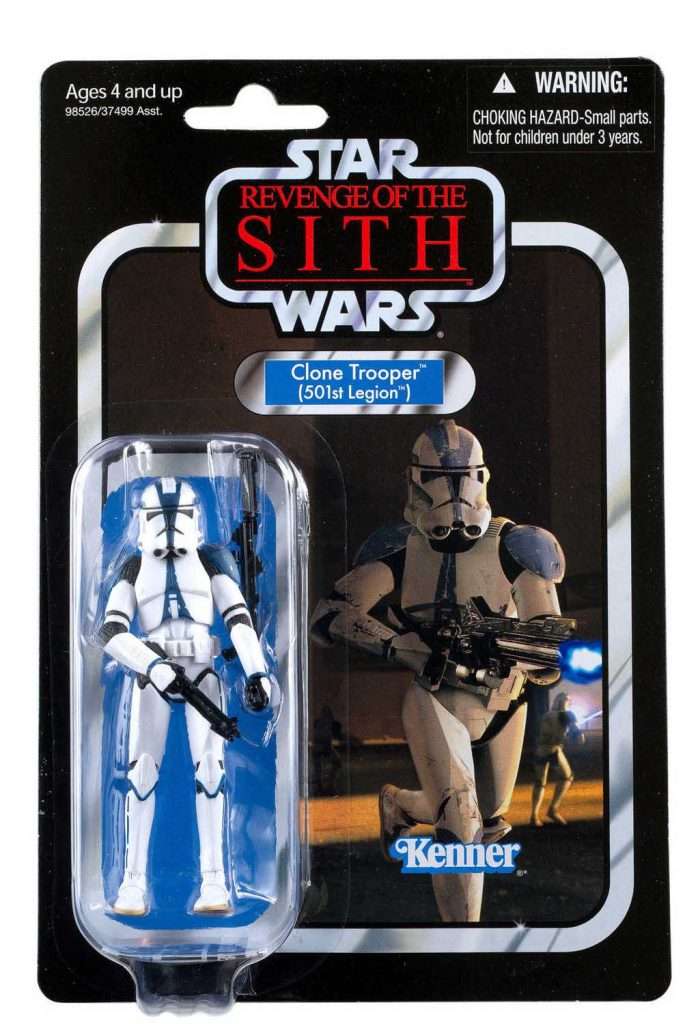 Seen throughout The Clone Wars and Revenge of the Sith, the 501st is another Battalion that went to the Galactic Empire after the fall of the Republic. They are seen marching with Anakin Skywalker, now Darth Vader into the Jedi Temple. Captain Appo replaced Captain Rex when this happened as Rex was busy fighting with Ahsoka in the 332nd.

Led by Ahsoka Tano, the 332nd was created to aid in the Siege of Mandalore. Although Ahsoka no longer held her title as Jedi, she still was the honorary commander. Due to their deep respect and loyalty to Ahsoka, the 332nd painted their helmets to match Ahsoka’s facial markings.

Captain Rex, former captain of the 501st Legion, was promoted to Commander for the 332nd. This is why Captain Appo replaced him, as he was needed elsewhere. This Battalion can be seen in the final episodes of Season 7 of The Clone Wars.

In some of the most heart-breaking episodes, clones we love in this Battalion such as Jesse and Vaughn turn on Ahsoka when Order 66 occurs. Luckily, Ahsoka is able to get Rex’s inhibitor chip out as he is feeling the effects to help him avoid the casualties and assist her.

Another Battalion led by Plo Koon was the 442nd Siege. Second in command was Commander Verd. The troopers in this battalion wore bright green armor. They were skilled in siege combat. Often, they drove AT-RT Walkers and speeder bikes. Just as their armor was green, their assault vehicles included green markings as well. These troopers are seen in the Battle of Cato Neimoidia, which was the headquarters of the Trade Federation. On Cato Neimoidia Captain Jag is seen receiving the transmission from Emperor Palpatine. He executes Plo Koon for Order 66.

Being part of the 501st Legion, these troopers were also under the command of Anakin Skywalker and Ahsoka Tano. They were noted for their independent thinking, bravery, and skill in battle. Just as Ahsoka states, “If there’s one thing I’ve learned from you, master, it’s that following direct orders isn’t always the best way to solve a problem.” These troopers recognized that sometimes your plans didn’t go as planned. There are times when you have to think out of the box and not be afraid to try something new to succeed.

The Hawkbat Battalion was one of the first to be deployed when the Clone Wars began. They were led by Major Twelve. This battalion is seen during the Battle of Geonosis in Attack of the Clones.

Their armor included the typical white armor seen on clone troopers. Additionally, they wore long, heavy cloaks. These cloaks helped protect their armor from the mud and rain they typically endured in their battles. They were nicknamed the Mud Troopers. They are a subunit of the 327th Star Corps which was led by Aayla Secura and Commander Bly. As part of this Corps, the Hawkbat Battalion also wore pauldrons and kamas as part of their armor.

Jedi General Aayla Secura and Commander Bly were in charge of the 327th Star Corps. These soldiers armor included specialized pauldrons and kamas with yellow stripes on their armor. The 327th Star Corps is seen throughout The Clone Wars. In addition to their missions during the show, they are also seen executing Aayla Secura in Order 66 during Revenge of the Sith. 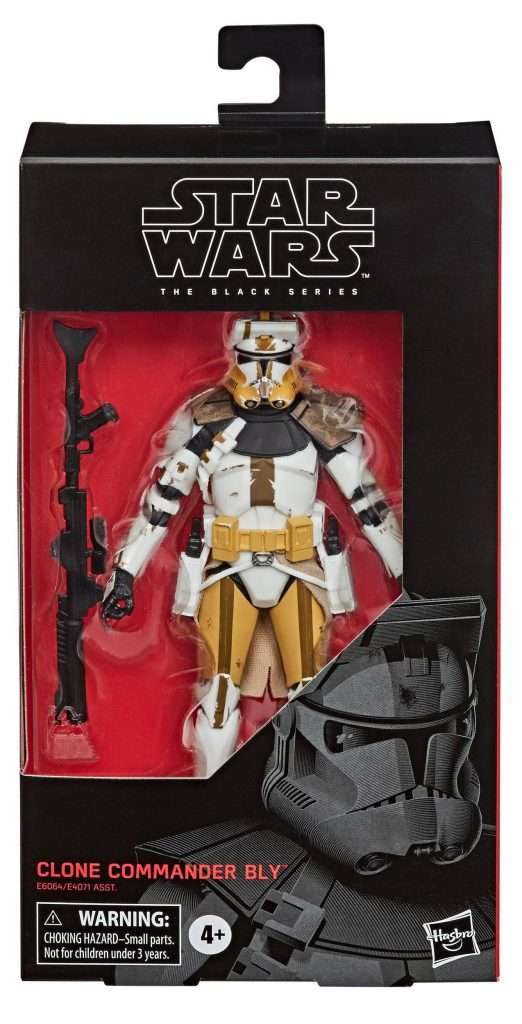 The 184th Attack was led by Jor Aerith and Commander Crane. They were another infantry battalion. These troopers wore Phase II armor.

An interesting fact about this specific Battalion is that Dooku saw them in a vision. In this vision, Commander Crane shot Jor Aerith in the back. This was a premonition of what would happen later during Order 66. You can read about this in the book Dooku: Jedi Lost.

The Rancor Battalion consisted of the elite ARC Troopers. Led by Commander Colt, Blitz, and Havoc they often helped with the training of cadets on Kamino. Those who watch The Clone Wars will see the Rancor Battalion working closely with General Jedi Shaak Ti. 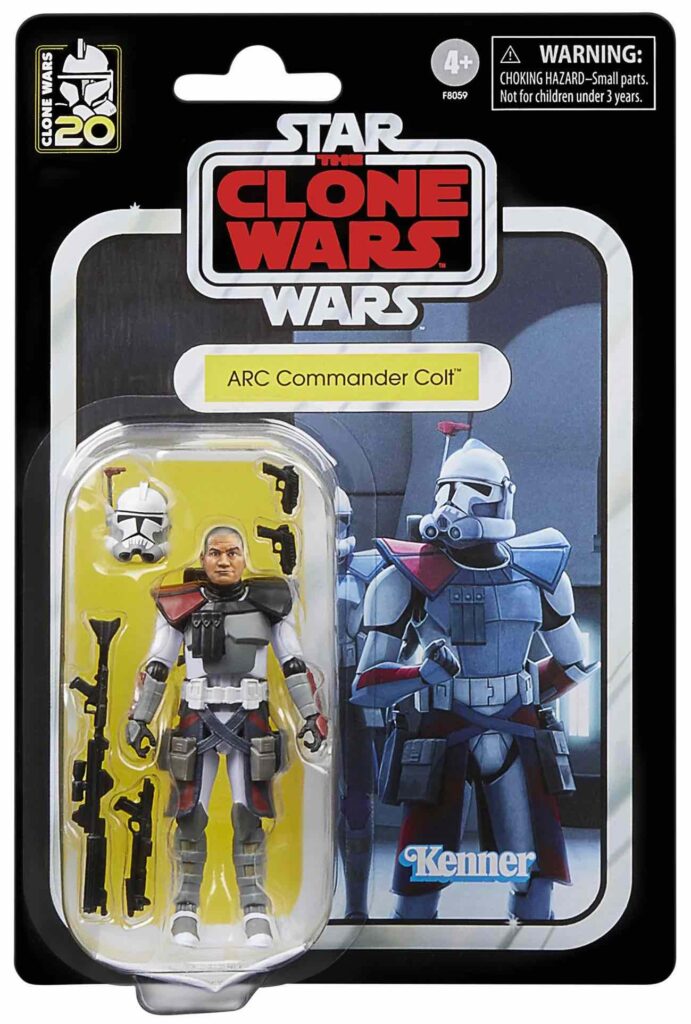 These troopers wore specialized armor colored maroon and greyish-blue. They participated in the Battle of Kamino. During this battle, Commander Colt was killed. Lovable Clone Trooper 99 showed his bravery during this battle by helping other troopers and cadets, in addition to giving his life. Two other fan favorites, Fives and Echo were promoted to ARC troopers for their bravery in this battle.

Another fan favorite, is Clone Force 99. Named after the beloved Clone 99, this unit is full of “defective” clones. These specific clones have enhanced abilities and assist in the aid of other Battalions. 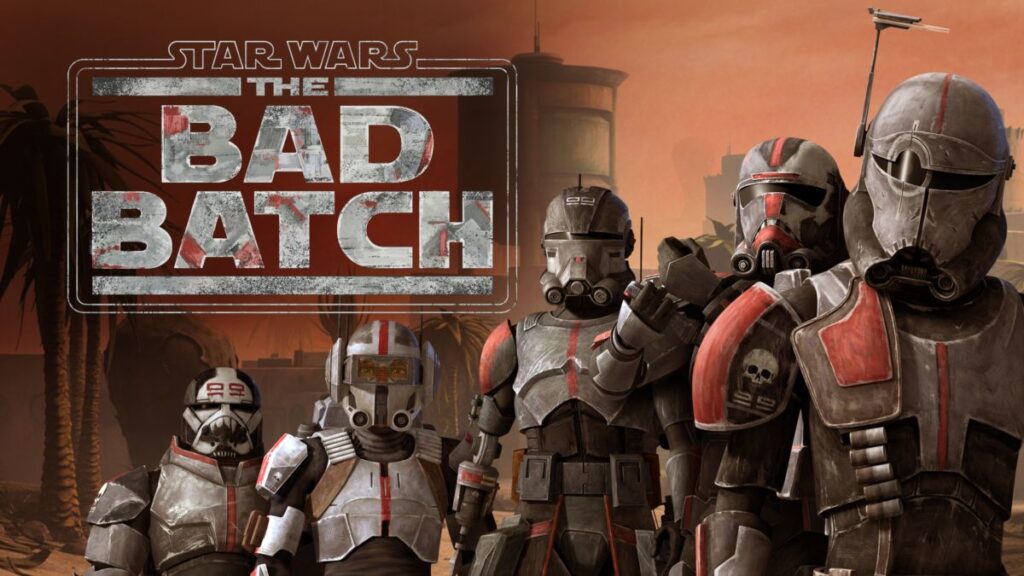 Led by brave Hunter, this group also consists of Echo, Omega, Tech, Wrecker, and Crosshair. Their enhanced abilities of strength, tracking, cyborg, sharp shooting, and tech really strengthen this band. These clones also have more independent thinking ability and are not as prone to following orders.

They are seen in the show The Bad Batch and The Clone Wars. Each trooper has grey, red, and black armor unique from every other clone battalion. Each of their respective helmets also differ in style, design, and color.

Each of these brave Battalions made up the larger Grand Army of the Republic. Without their bravery and unique skill sets and training, the Clone Troopers and Jedi would not have been as successful during the war.

Each aided in securing different planets’ safety and allegiance during the war. No matter what, these brave Battalions always “…[fought] for all [their] brothers back home.”

No matter what, each of the Clone Troopers, Commanders, Captains, and Jedi in these battalions will always hold a special place in every Star Wars fan’s heart.