The Council is a group of Jedi that governs the Jedi Order. Not only do they govern the Jedi Order, but they also work with the Galactic Republic to maintain and restore peace, justice, and security.

The Jedi Council consists of 12 members. Five serve for life, four are long-time members, and three are given limited membership. This is why some members are seen throughout the Prequels and the Clone Wars Series while some change. For this specific article, we will be focusing on the Council members in The Revenge of the Sith Jedi Council.

What are the Requirements to be on the Jedi Council?

So, how do you get onto the Jedi Council? Well, each member of the Council was nominated by whoever was on the Council at the time. Those nominated, must be voted in unanimously, but there are very few occasions where this has not occurred. In addition, members of the Jedi Council have passed the Jedi Trials and are Masters.

Members of the Jedi Council

As previously stated, members of the Jedi Council change as you watch the Prequels and The Clone Wars. Below are each of the members of the Council during Revenge of the Sith. Their Jedi rank, what type of Jedi they are, and when and why they got on the Council will be discussed.

Master Yoda is a lifetime member of the Council. As he holds the highest rank of Jedi Grand Master, we can see that, “…size matters not!” As the Jedi who is most knowledgeable about the force, he received this rank by unanimous vote of the Council shortly after he became a Jedi Master. Throughout the Prequels, many powerful Jedi, including Obi-Wan, Mace Windu, and Anakin Skywalker, are seen going to him for extra knowledge. His deep pondering and study of the deep intricacies of the force allow him to give the best advice to seeking Jedi.

Not only is he knowledgeable in the force, but he also can be seen throughout Star Wars for his tactical battle plans, where he is skilled with the lightsaber but prefers to lead and avoid conflict when possible. In addition, he is a wise teacher, due to training many Jedi from Padawan to Knight or Master and also by constantly working with the Younglings.

Mace Windu, another lifetime member of the Council, held the rank of Master of the Order. Due to his tactical strategies in battle, which can be seen throughout The Clone Wars, and his desire to uphold the structure of the Jedi Order, he maintained this position until right after the Clone Wars began.

Windu’s desire to uphold the ways of the Jedi can be seen throughout his discussions with other Jedi in the Prequels. When Qui-Gon brings Anakin to the Temple to be tested, Windu is the one who explains he is too old. He also voices concerns over his joining the Council as he was not voted in by Council members. Windu denies him the rank of Master.

Windu is often seen as the most powerful warrior in the Jedi Order. His skills with the lightsaber were unmatched. He also was a powerful master of the force, being one of the few Jedi who became suspicious of Chancellor Palpatine early on.

He was given the rank of Master and his nomination to the Jedi Council after Council Member Katri was murdered. Due to his help in the investigation and her death, he became a lifetime member of the Council.

Mace Windu is also the only Jedi to wield a purple lightsaber.

Plo Koon, a Kel Dor species, is known throughout the Clone Wars for his kindness and wisdom. As another lifetime member of the Council, he holds the rank of Master. He received his nomination after the Stark Hyperspace War. 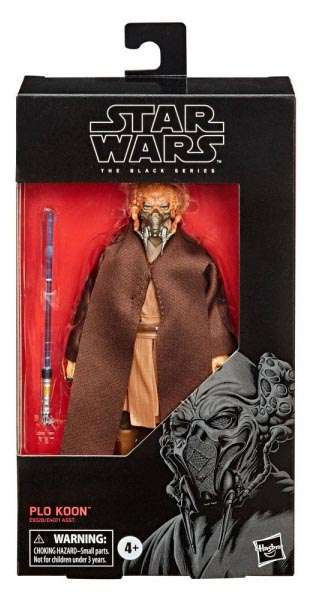 Plo Koon is known on the Council for his ability to discern easily between right and wrong. He is a Jedi that Ahsoka Tano turned to when she was troubled about issues regarding her personal feelings or Jedi ways.

He leads the 104th Battalion, where he flies with the Wolfpack. The adored leader and his clone battalion fly gunships affectionately labeled Plo’s Bros.

Obi-Wan, always a fan favorite with his famous lines and sarcasm, is also a member of the Jedi Council. He became a member and achieved the rank of Master during the Clone Wars. 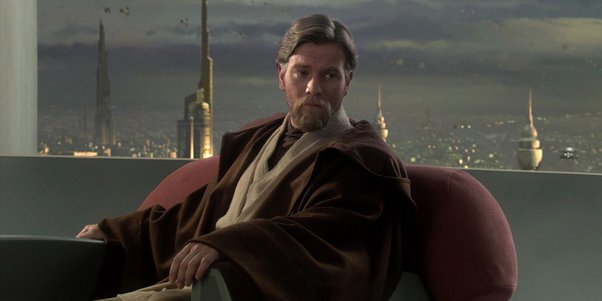 Kenobi was one of the Council Members that was often called upon to do special missions. As General Grievous states, “…the negotiator…” Obi-Wan was very talented not only in lightsaber dueling and hand-to-hand combat but also in communication and persuasion. His negotiating, communication, and combat skills are a few of the reasons he was so often called upon for these special missions in attempts to keep the peace.

He was known as the Master of Soresu—Form III of lightsaber combat. This style was known for being a non-aggressive and defensive style. You can tell the high contrast of his fighting style by comparing it to that of his former Padawan learner, Anakin.

Shaak Ti is another Jedi known for her kindness, understanding, and desire for fairness. Seen throughout The Clone Wars series on Kamino training the Clone Troopers and working closely with Kaminoans, she constantly worked for the safety of the Republic. She was inducted into the Jedi Council between the Invasion of Naboo and the Clone Wars. Her induction was given after Yaddle chose to step down. Shaak Ti is one of the most powerful Jedi Masters in the Jedi Council.

Other than being known as one of the Jedi who was sent to arrest Chancellor Palpatine, once Anakin revealed to the Jedi Council that he was a Sith, Master Fisto isn’t seen as much in the Prequels. His character is revealed more in the Clone Wars where you see him very helpful in combat for the “Water War” episodes in Season 4. He excels at underwater combat.

Master Fisto is one of the few Jedi that chose to have his primary fighting style Form 1 Shii-Cho, thus being one of the best Jedi in combat. Not only was he a strong swordsman, but also very focused. This skill helped with his acceptance into the Jedi Council during the war.

He also believed in the correct use of power, saying, “Those who have power should restrain themselves from using it.” This belief led him to stand up for the innocent and weak, using his own power for the good and protection of others.

Anakin Skywalker was one of the few Jedi in the history of the Jedi Order to become a member of the Council without obtaining the rank of Master. His appointment came due to the suggestion of Chancellor Palpatine, which was highly irregular.

Many in the Council saw his desire for power and thought his appointment by the Chancellor was not by chance. As Obi-Wan discussed with him shortly after his “outrageous and unfair” appointment to the Council without obtaining the rank of Master, he may not have asked for it, but it was “what he wanted.” He also was granted membership more due to his relationship with the Chancellor, so he could keep tabs on him. He was not given full access or included in all Council discussion items.

As the Chosen One, Anakin was skilled in piloting ships, dueling, and using force. He can be argued to be one of the weaker members of the Jedi Council in the fact that he struggled to control his emotions.

Sasee Tiin was a Jedi Master well known for his skill with the lightsaber. Similar to Anakin, he also was an incredible pilot. As an Iktotchi, he was telepathic and held other force capabilities specific to his species. He became a member of the Council for the final years of the Republic. Sasee was yet another one of the Jedi Council members that were chosen to apprehend Chancellor Palpatine.

Coleman Kcaj became a member of the Jedi Council during the Clone Wars, the year of 19 BBY. He is an Ongree. A Jedi Master that is not as well known, he was one of the few Jedi who survived the Jedi Purge.

Coleman was well-known for his peaceful tactics and negotiation skills. These skills were used in the Clone Wars Council meeting where Ahsoka’s fate was determined.

Agen Kolar joined the Jedi Council after the banishment of Eeth Koth from the Order. He is seen as one of the four Jedi sent to bring Chancellor Palpatine to justice after being discovered as the Sith Lord the Jedi had been looking for. 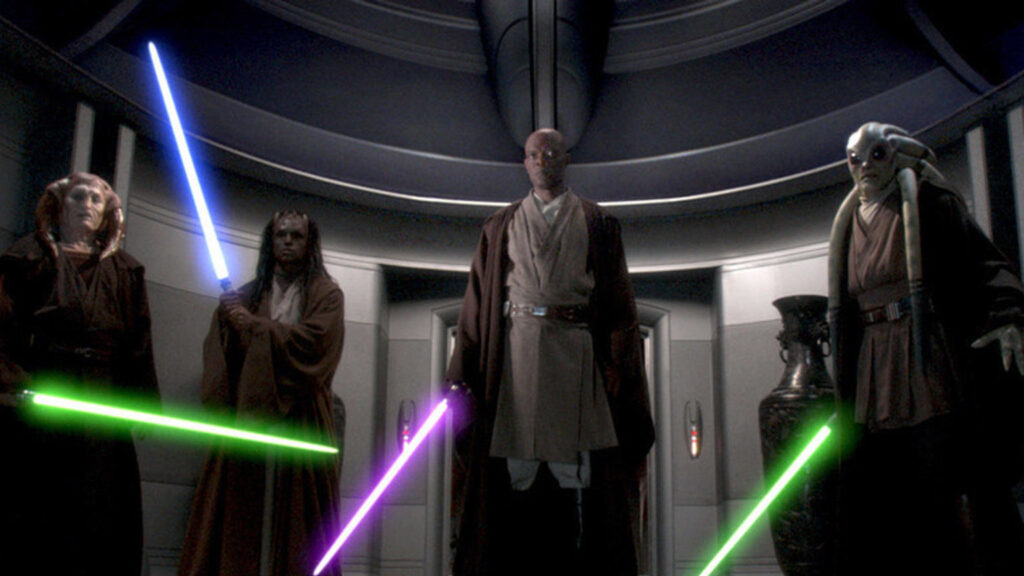 Agen is a Zabrak, a related species to that of Darth Maul, Savage Oppress, and the Nightsisters. He was one of the few Jedi who owned a lightsaber that relied on two Kyber-crystals. One was his crystal, and the other belonged to his deceased Padawan. These two crystals allowed his blade to be green or blue.

Another one of the wisest members of the Jedi Council, Master Ki-Adi-Mundi is known for his long head and his skills as a strategist and fighter. He fought throughout the Outer Rim Sieges and the Battles of Geonosis as a general. 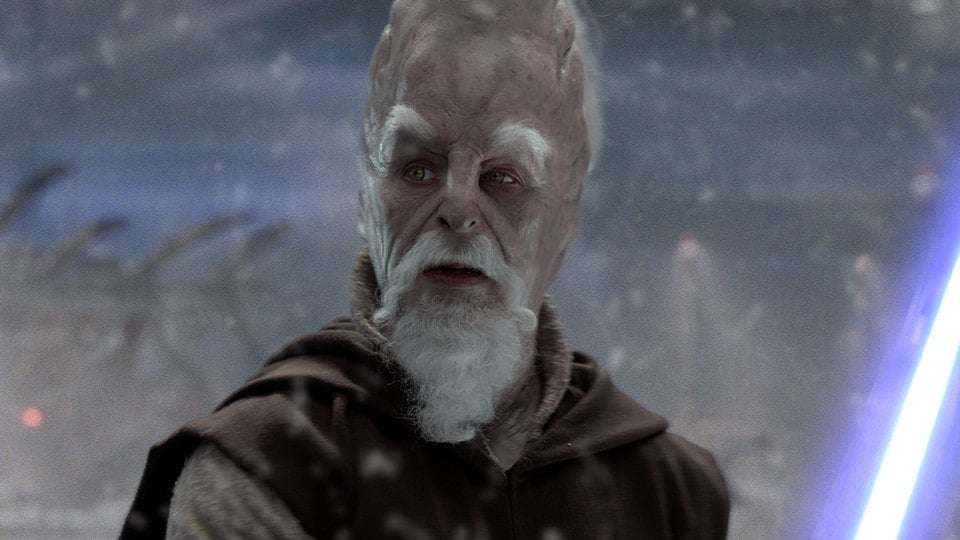 Like Anakin Skywalker, he had not yet obtained the rank of Master when he first became a member of the Jedi Council but later received that ranking.

He was allowed one of the only exceptions for the Jedi Order in marriage. Due to his species, Cerean being almost extinct, he had five wives and multiple children. He was able to train one of his sons in the Order.

She was skilled in lightsaber combat, an essential skill for Council members. This can especially be seen useful as the Clone Wars raged on. Allie was also a member of the Jedi Healers for a time before her appointment to the Council.

Each Jedi Master and Knight on the Jedi Council came to their appointments with unique skill sets and strengths. Depending on the time and necessity, the Council changed. Each member of the Council, no matter the time, was an essential asset to the Jedi Order and in keeping peace, freedom, justice, and security in the Republic