Purple is a rare lightsaber color that is usually only seen in characters who do not conform to the status quo. One such famous user of a purple lightsaber is the Jedi council member Mace Windu. There are several other examples of purple lightsabers in Star Wars Legends, including Anakin Solo, Jaina Solo, and Revan.

Check out this list of neopixel lightsaber companies so you can own your very own purple lightsaber!

The Meaning of Purple

Purple is the color of royalty among all things, as well as power, ambition, and wisdom. Purple falls between blue and red, two of the main colors that have represented the Jedi and the Sith.

It is little wonder then that one of the characters known to have a purple lightsaber is one that was a Jedi, turned to the Sith, and returned to the Jedi once again.

The most famous user of a purple lightsaber in Star Wars Canon is Mace Windu. There was no symbolic reason for the color at the time it was picked for the films. Rather, Samuel L. Jackson approached George Lucas during the production of Star Wars: Attack of the Clones.

Jackson personally asked Lucas if Mace Windu could have a purple lightsaber so that Mace would stand out during the Battle of Geonosis. At the time, all lightsabers in the films were either blue, green, or red.

Lucas originally turned down the idea, but eventually decided to allow Mace Windu to have the unconventional blade color. Since then, Mace Windu’s lightsaber has been purple, including in all subsequent movies and series. 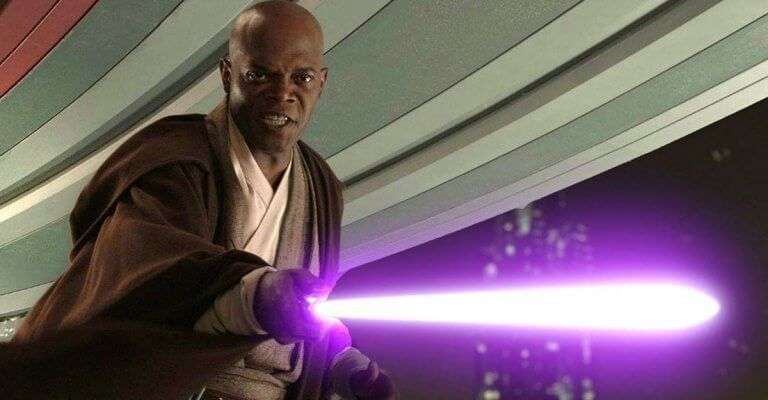 There are several users of purple lightsabers within Star Wars Legends. During the Old Republic Era, Darth Revan used a purple lightsaber. He had a very interesting story in which he started as a Jedi, turned to the Sith, then later came back to the Jedi.

For that reason, it seems a good fit that he would take one a purple lightsaber, as purple lies between red and blue and would signify his journey between the two factions.

The siblings Anakin and Jaina Solo also use purple lightsabers in the shade of violet. Jaina and Anakin are the children of Han Solo and Leia Organa Solo. Anakin was named after his grandfather, Anakin Skywalker, who later became Darth Vader. 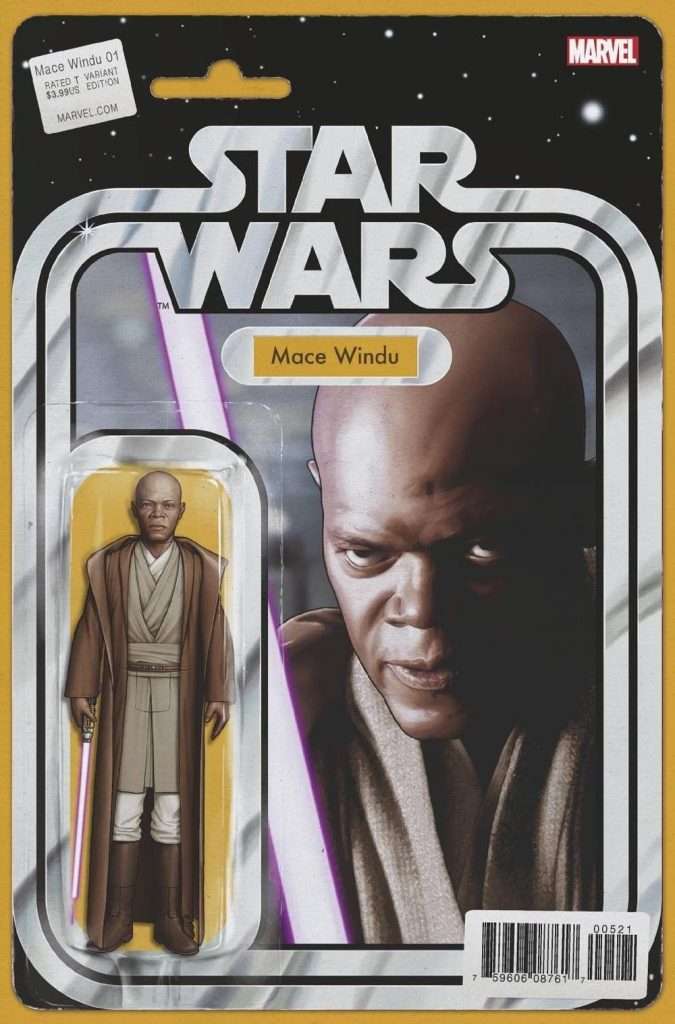