Bad Batch season 2 starts January 4th and will continue to follow the exploits of Clone Force 99 in a post-Order 66 galaxy. Here are three storylines that hooked us in season 1, that we need to dive deeper into:

Crosshair vs The Bad Batch

Crosshair is an incredibly intriguing character.  In E1S1, he made the infamous statement, “Good soldiers follow orders,” while attempting to kill Padawan Caleb Dume. We all thought that he was operating under the influence of the Clone programming, but we were wrong.  The rest of the squad were astonished to find that Crosshair had free will the whole time. They felt betrayed that their brother had prioritized the orders over the men. Season 1 ends with Crosshair captured, and released, by the Bad Batch and the tension between them is measurable. Yet they leave him alive, and we all know that they will cross paths again. Will Crosshair continue to pursue them, or will he have a change of heart toward his brothers?

We know that Redemption is a key theme in Star Wars, so if Crosshair does eventually come back around, it’s likely because the Bad Batch’s decision to have compassion on him and leave him alive.

**Side note: I’ve thought that Crosshair’s character was symbolic of the relationship between Captain Rex and Commander Cody, if they should ever meet up again – which I really hope we see in season 2!

The Bad Batch vs Their Programmed Clone Brothers

“It’s been well documented that the Kaminoans inhibited the cognitive functions of Clones to engineer them to follow orders without question….obviously we are different.” – Tech 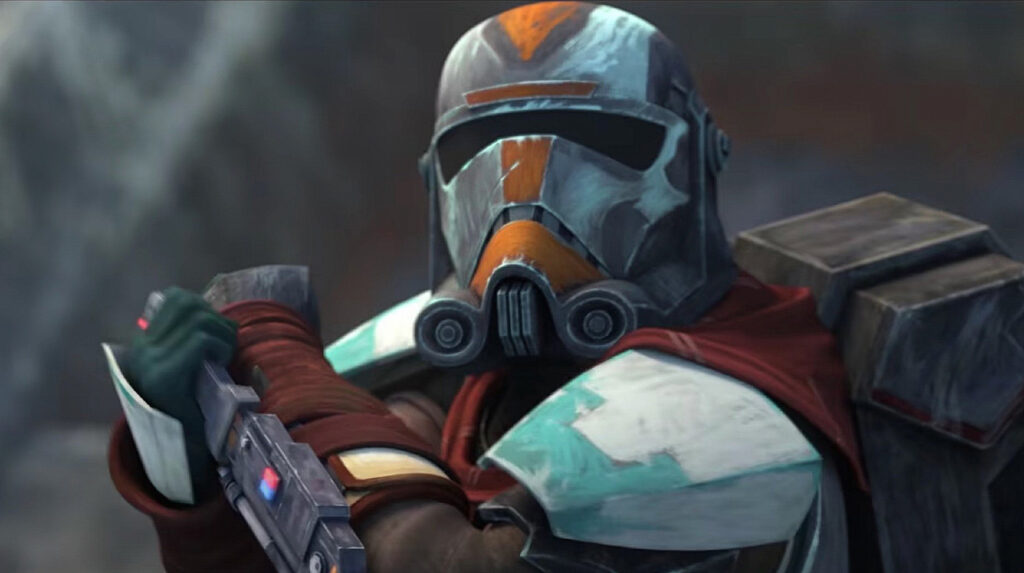 Can you imagine what it must be like to kill a soldier that looks just like you? It makes me wonder how much negotiating the Bad Batch will try before ultimately firing upon their clone brothers.  We know from the Season 2 trailer that not every clone was ok with Order 66 – so who will question their orders enough join them this season?

There are plenty of “known” Clones out there whose allegiance is unknown: Cody, Bly, Bacara, Fox, to name a few. Rex and Howser have declared they are anti-Empire. Who else will take up the Rebel cause?

Where does Omega fit in?

“Kaminoans don’t create without a purpose. You all have one, what’s hers?” – Cut Lawquane

Omega seems to only have 2 unique characteristics compared to the rest of the clones: she is a girl, and she is an unaltered clone (meaning she grows at a normal human rate and no bio-programming).  She doesn’t seem to have any special skill that sets her apart from other clones. There is a potentially interesting story about her and Boba Fett (the only other known unaltered clone) growing up together on Kamino. A sort of brother-sister connection. Others have postulated that she could have some Force-sensitivity as part of the Emperor’s attempt to clone Force-users. Where do you think Omega fits in? For now, she seems to be taking the role of a clever, yet naive, innocent version of the Bad Batch members.

What are you most looking forward to this season? Leave a comment below and offer your answers to the questions we’ve asked about Bad Batch Season Two!