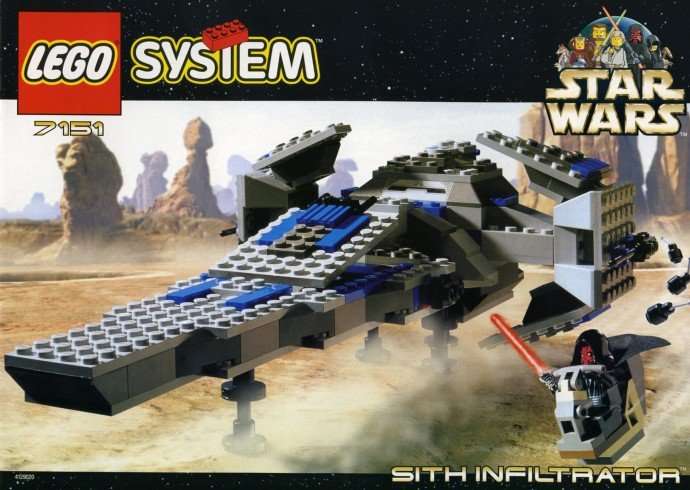 The first member of this collection is the 1999 Sith Infiltrator. This set was released the same year as the Phantom Menace and has plenty of details to intrigue any collector.

The ship itself is designed in a more LEGO blocky style than other sets on this list. Grey LEGO plates create the main body and deck of the ship while blue tiles are used for details. The wings are capable of being moved up or down to the builder’s desire.

This Sith Infiltrator comes with plenty of accessories as well despite being an earlier year. It comes with three probe droids, a lightsaber, a speeder bike, binoculars, and a Darth Maul minifigure. There is a storage compartment that will hold the droids, lightsaber, and binoculars for you.

The cockpit opens at the back of the ship. In order to seat Darth Maul inside the cockpit, you must have him already seated in the speeder bike. So in this way the cockpit space doubles as a storage place for the speeder bike and the minifigure when not in use.

The Darth Maul with this set comes complete with a hood and cloak. The head and body are painted in the familiar black and head and make the figure unmistakable. 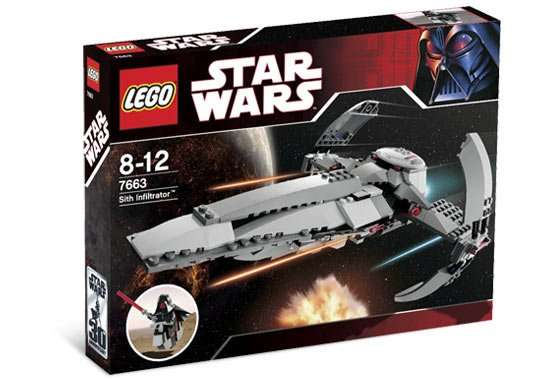 The sleek deck and rounded wings give it a true space-ready appearance. Additionally, the wings can fold in and this model comes complete with landing gear that can be deployed. One interesting detail in this ship is the addition of flick-fire missiles.

This set comes with many of the same accessories as the previous model. It includes three probe droids and a red lightsaber, which all can be stored in a built-in storage compartment. In this case, the front of the ship slides open to give you access to storage. 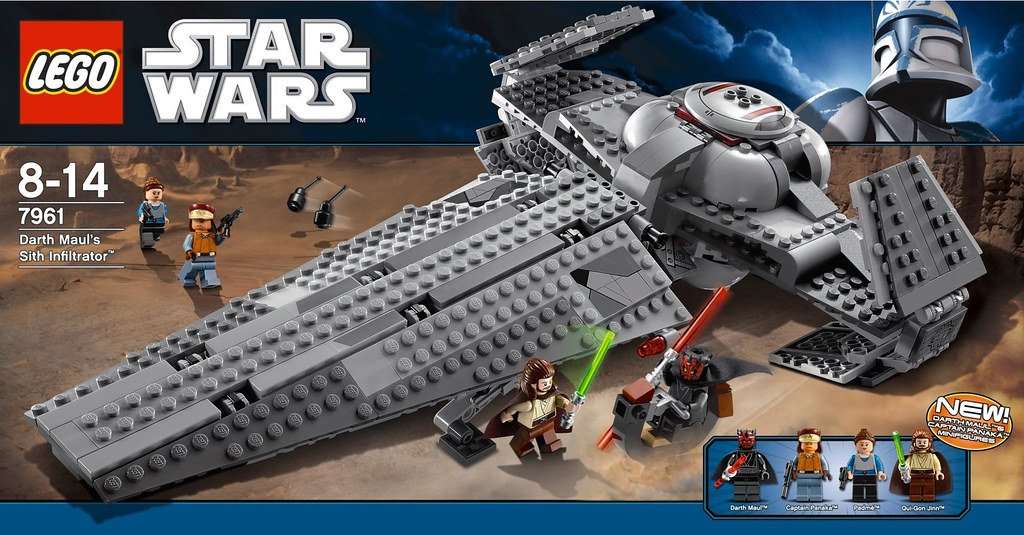 The Darth Maul’s Sith Infiltrator came in with an improved redesign and more minifigures. This design is much more sturdy than previous models while the ship itself appears the closest yet to the true Sith Infiltrator. It is built with light and dark grey plates. Like earlier models the wings are foldable. This set also features hidden missile launchers, trap doors, and landing gear. In this Sith Infiltrator, the rear cockpit entrance swings open and a ramp is let down to board.

The set itself includes four minifigures, two lightsabers, 2 droids, and a speeder bike. The droids and speeder fit in the hull of the ship and can be deployed through trap doors. There is also a place to hold the two lightsabers, one double-sided red, and one green. The speeder itself also got a redesign from previous models, changing to a rounded sleek black and red bike.

The four included minifigures are Captain Panaka, Qui-Got Jinn, Darth Maul, and Padme Amidala. While the other three are new to this set, Darth Maul has been redesigned. The printing has changed and he now has a crown of horns that can be swapped with an optional hood. Captain Panaka is designed in his familiar uniform. Qui-Got Jinn is printed with his iconic Jedi uniform. Padme has two faces to chose between, and she’s wearing the blue peasant dress as seen during her visit to Mos Espa on Tatooine. 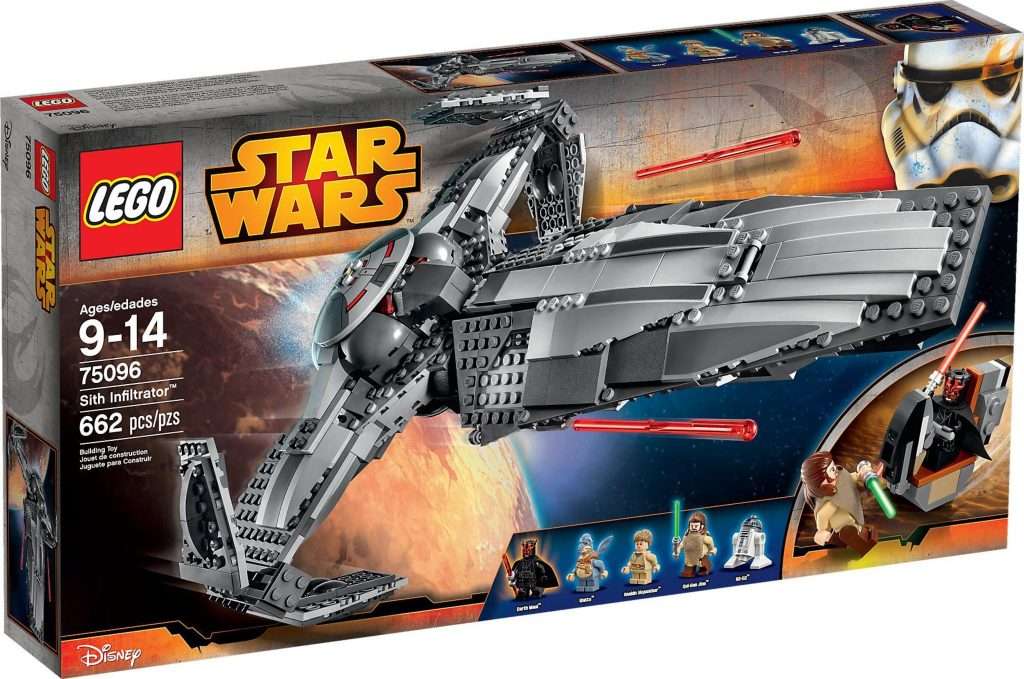 For the final Sith Infiltrator on this list, we see even more minifigures and a new design. Released in the same year as The Force Awakens, this is by far the closest set to the Sith Infiltrator. The combination of plates and smooth curved tiles effectively morphs a pile of bricks into the stealth starship it was meant to be. The colour choices also more closely reflect the original ship design.

As always the wings are able to fold, and there is retractable landing gear. The cockpit opens at the back and has enough room for one minifigure to sit inside. There are also read-loading spring-loaded shooters, a release mechanism for droid probes, and a detachable speeder bike. The speeder bike itself has been redesigned once again to be grey with an orange seat.

There are plenty of accessories included with this set including three droid probes, two lightsabers (one double-sided red, and one green), electrobinoculars, and five minifigures.

The included minifigures are R2-D2, Anakin Skywalker, Watto, Darth Maul, and Qui-Got Jinn. Both Anakin and Qui-Got Jinn have optional faces. Anakin is printed with the clothes that we first see him wearing on Tatooine. Qui-Got Jinn is wearing a removable poncho over his Jedi shirt as his disguise on the planet when he first met Anakin.

The sculpted minifigure of Watto captures his likeness perfectly except for the tan hands of the model, unlike his actual blue hands. This set sees yet another redesign of Darth Maul, this time with a maniacal grin and printed legs. This version of Darth Maul has an optional hood or his signature crown of horns.

Overall it is an excellent addition to the Sith Infiltrator models.

What did you think of the Sith Infiltrator sets? The details have only been getting better with every year. With the addition of so many minifigures and clever mechanisms, the 2015 model offers so much playability along with having an authentic appearance to make it look equally nice as a display piece. Let us know which one was your favourite in the comments.