Hi Star Wars collectors!  It is an honour to join other awesome fan sites in revealing this awesome looking Star Wars Retro Collection Bounty Hunter 2 pack which contains Boba Fett and Bossk! Preorder link (affiliate) for when it goes live at 1pm EST on July 14th 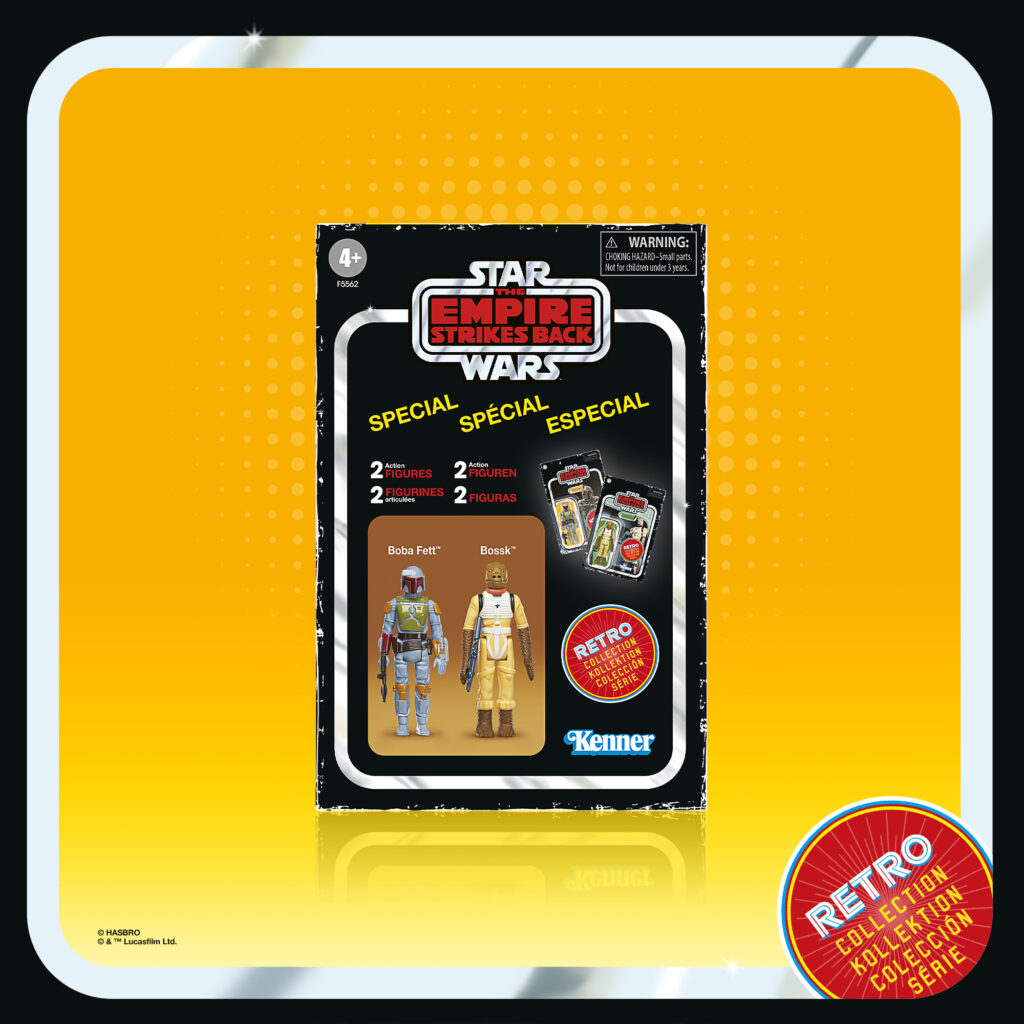 Before we take a look at the hires images I will just quickly run over the preorder details. So this is going to be an amazon exclusive. Pre orders for collectors in the US will go up at 1pm Eastern time on the Thursday 14th July. Collectors in the UK and Europe will more than likely be a little later.

The set includes 2 carded figures of Bossk and Boba Fett, both on their classic vintage Kenner style card backs. (The Bossk looks glorious!) 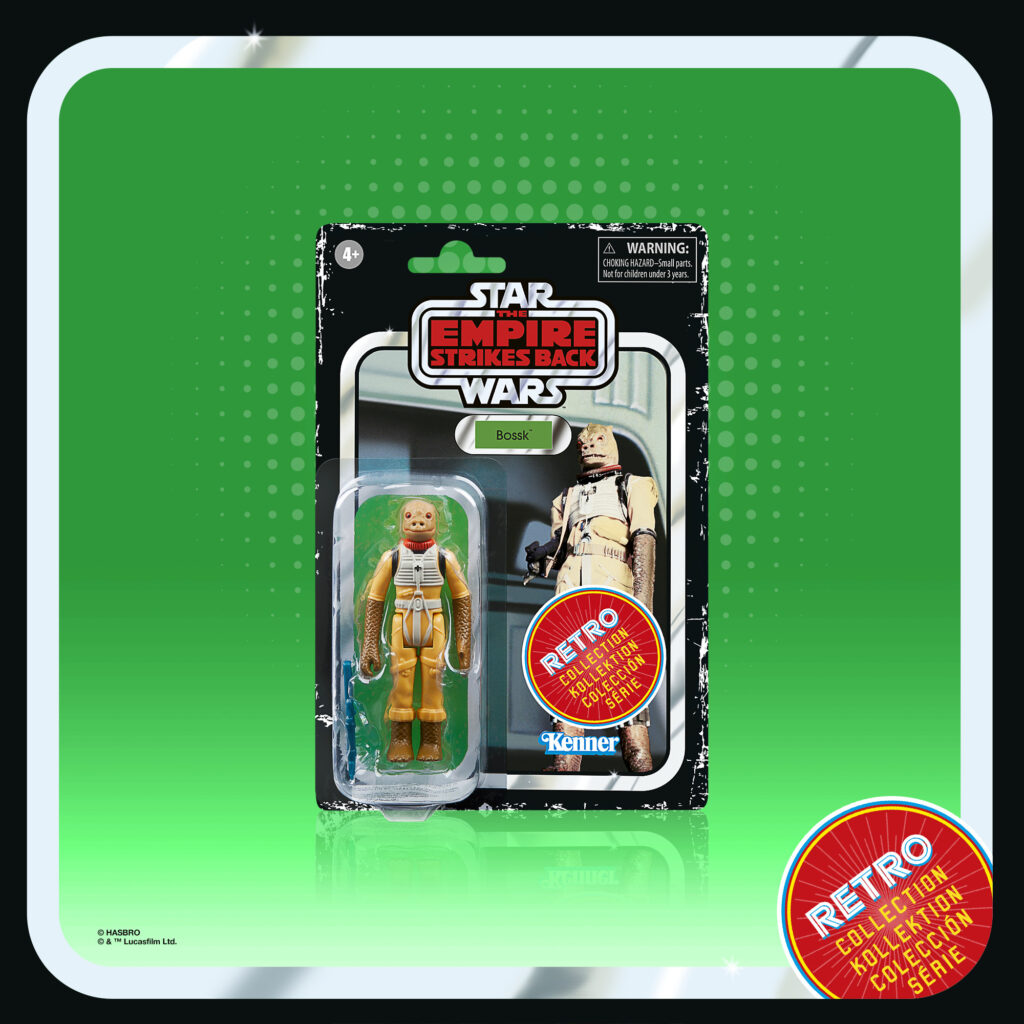 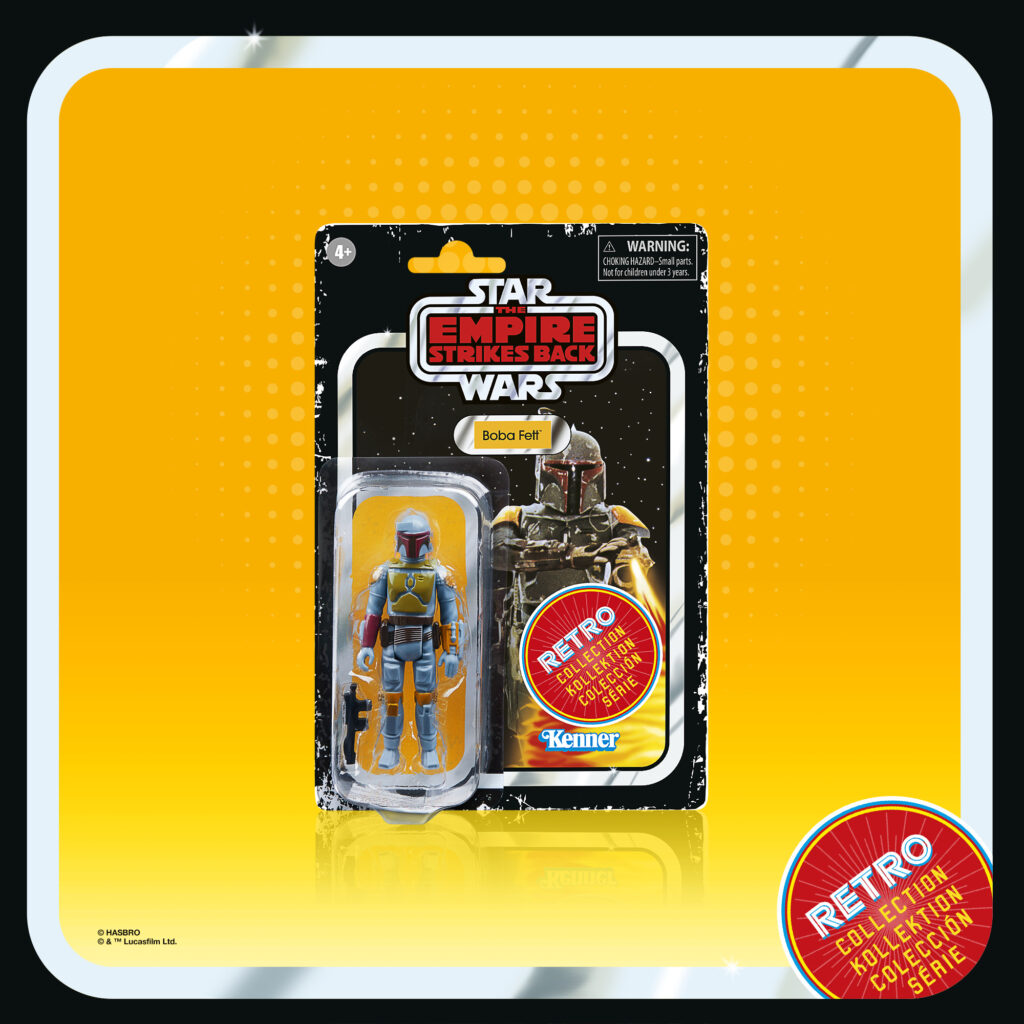 Here is the full press release and more images!

Inspired by the original 1970s Kenner STAR WARS action figures, this STAR WARS: RETRO COLLECTION 3.75 INCH SPECIAL BOUNTY HUNTERS 2-PACK BOBA FETT & BOSSK Figures feature premium design and five points of articulation. Fans and collectors can imagine scenes from the STAR WARS Galaxy with these premium figures inspired by the characters’ appearances in STAR WARS: THE EMPIRE STRIKES BACK. 2 of the most feared bounty hunters in the galaxy, Boba Fett and Bossk have crossed paths over the course of their careers as both collaborators and competitors. Both had undeniable skill, but only one became a legend. Beautifully rendered retro packaging captures a colorful pop art style and includes throwback STAR WARS branding and a Kenner Toys logo. Imagine the excitement of the ‘70s when the STAR WARS original trilogy had just begun. Includes 2 figures and 2 accessories. Available for pre-order 7/14 at 1PM ET exclusively at Amazon.com. (affiliate). 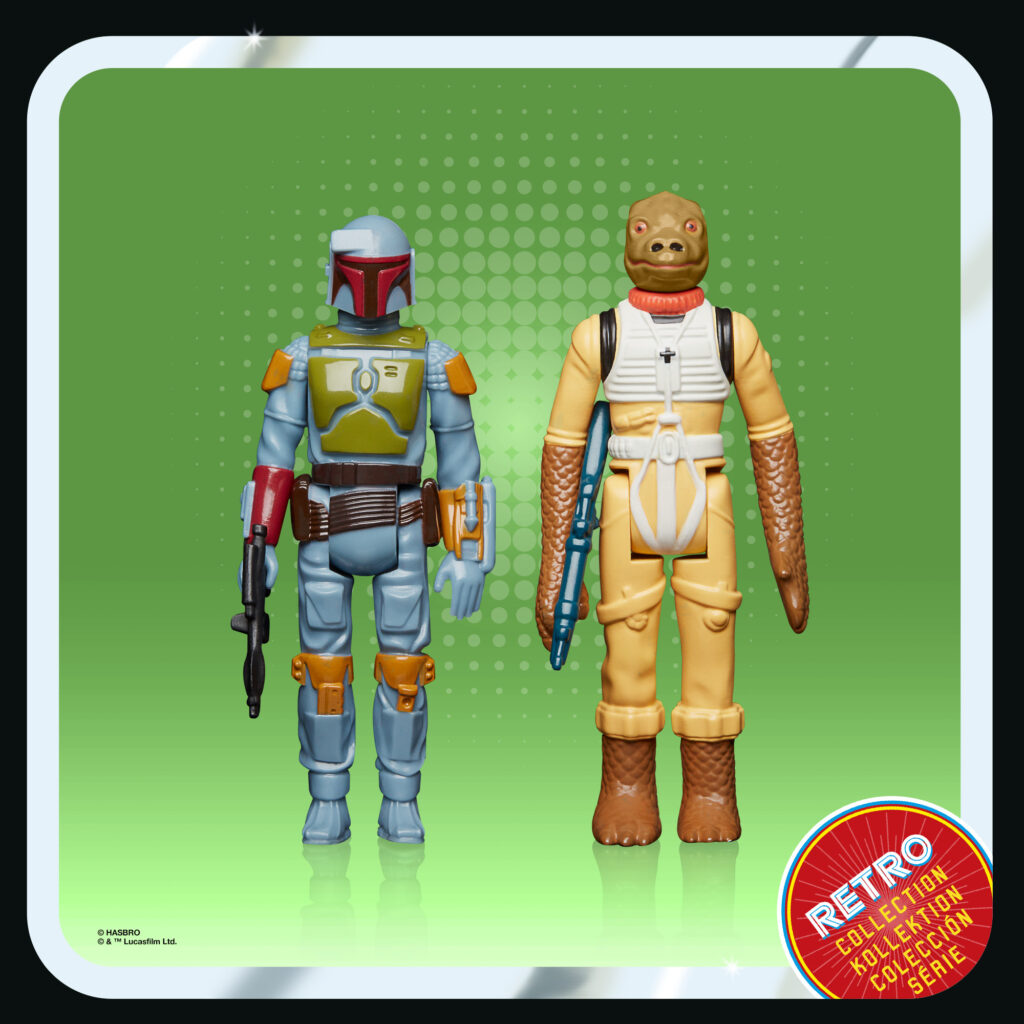 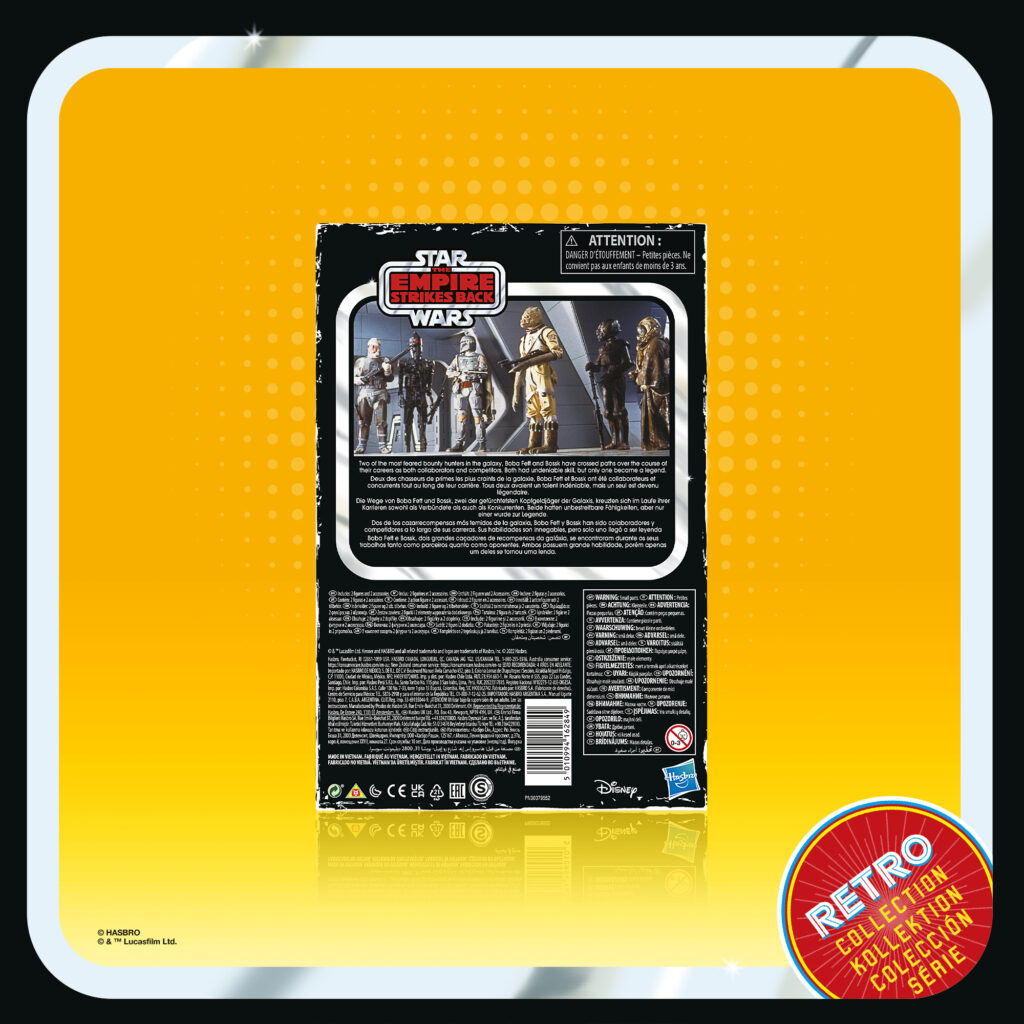 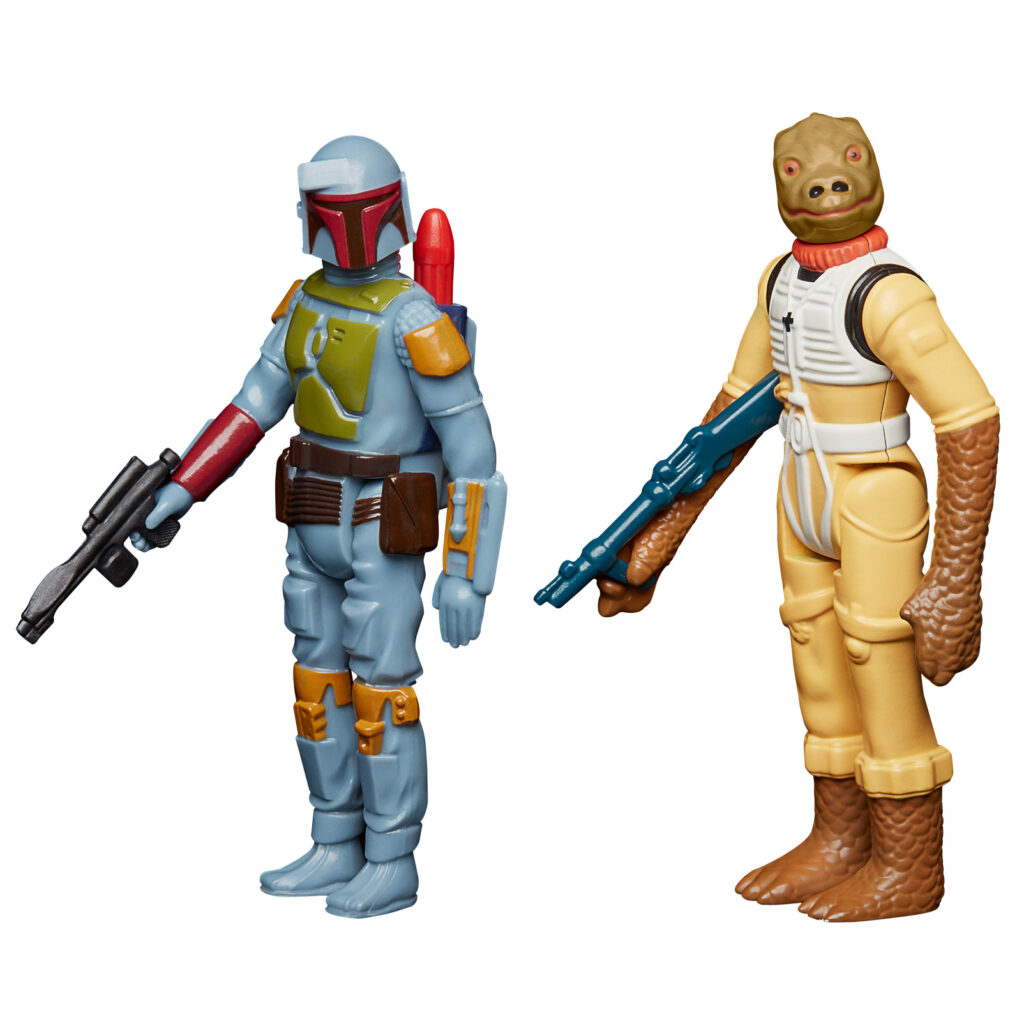 Thank you to Hasbro for inviting me to reveal this exclusive set.