Christmas is perhaps a child’s favorite time of the year. Undoubtedly, you know that this is because of the pile of gifts waiting for each one under the Christmas tree. As December approaches each year, it becomes increasingly difficult to distract the children from the coming holidays.

If you are not familiar with advent calendars yet, each franchise or brand has a new one every year. It is becoming more and more common for people to collect them and they are great fun gifts for adults as well. Here are the best ones for kids:

Many kids enjoy LEGO, as the bricks and parts allow them to make their imagination a reality. What better way to encourage them than to gift them one of these? In this year with The Mandalorian and other Star Wars media, the franchise is experiencing immense growth.

Behind each of the 24 doors is a new LEGO toy. It can be a minifigure, a figure, starship, or something else. All of them come together as set, and as Christmas day comes the last of the pieces can be retrieved, allowing the set to be complete. What’s more, inside the calendar is an exclusive code for Star Wars: The Skywalker Saga game content.

There are 311 pieces inside, both small and large. Some of the minibuilds inside are Anakin’s podracer and Darth Vader’s Castle. Uniquely, a few of the figures have Christmas sweaters on them as a festive touch. 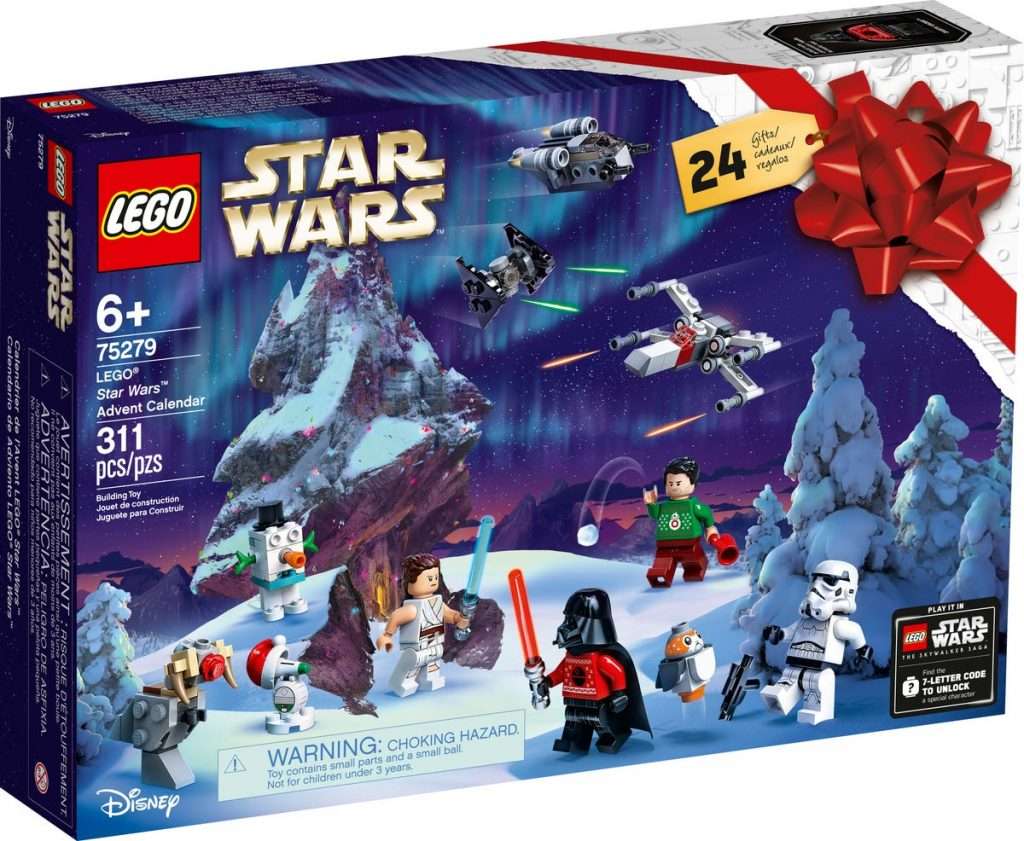 Last year it was Mario and Co’s time to shine, but this year the Pocket Monsters will be the ones in the spotlight. Starting in November and available for pre-order now, Nintendo’s Pokémon Holiday Calendar will be sold in stores. If your kids love Pokémon, then this will be an excellent gift for them.

Counting down each of the 24 days to Christmas, this will have your kids occupied for sure. A 5-cm (2 inches) Pokémon figure is behind each door, all of them a different iconic Pokémon such as Pikachu, Eevee. Squirtle, Jigglypuff, and Piplup.  Not only are the Pokémon finished especially for the occasion, but they are extremely well-made and look the part.

Included with the 24 Pokémon figures are 6 themed accessories like a Christmas tree, presents, and a folding background. The moment the last Pokémon is out of the box, your kids can set everything up and decorate a shelf with a festive Pokémon celebration. Any fan will be impressed! 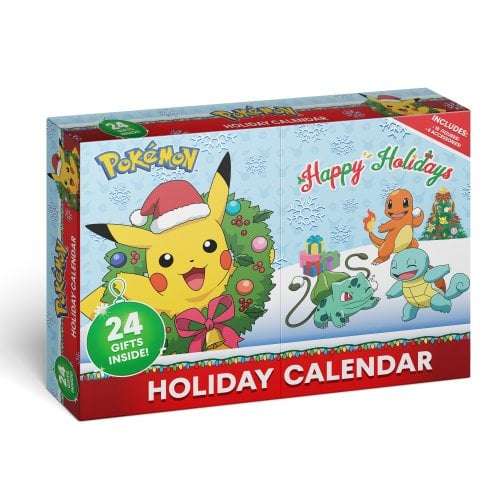 Whether the Grinch loves the festive season or not, most kids do! This advent calendar will make the days down to Christmas fly past quickly as they eagerly wait for the new toy every day. Inspired by The Grinch by Dr. Seuss, it features the lovable characters from that beloved movie.

There are 14 figures inside which are ornament-sized, as well as 11 other accessories inspired by the contents of the movie. After all of them are out of the box, you can put them in front of it, as the front of the box doubles as a background. In particular, look out for the exclusive Baby Grinch figure inside!

Completing the scene from Who-ville will definitely be satisfying for the kids. After all, as a beloved Christmas movie, everyone knows about the loveable Grinch. Spoil them with something memorable! 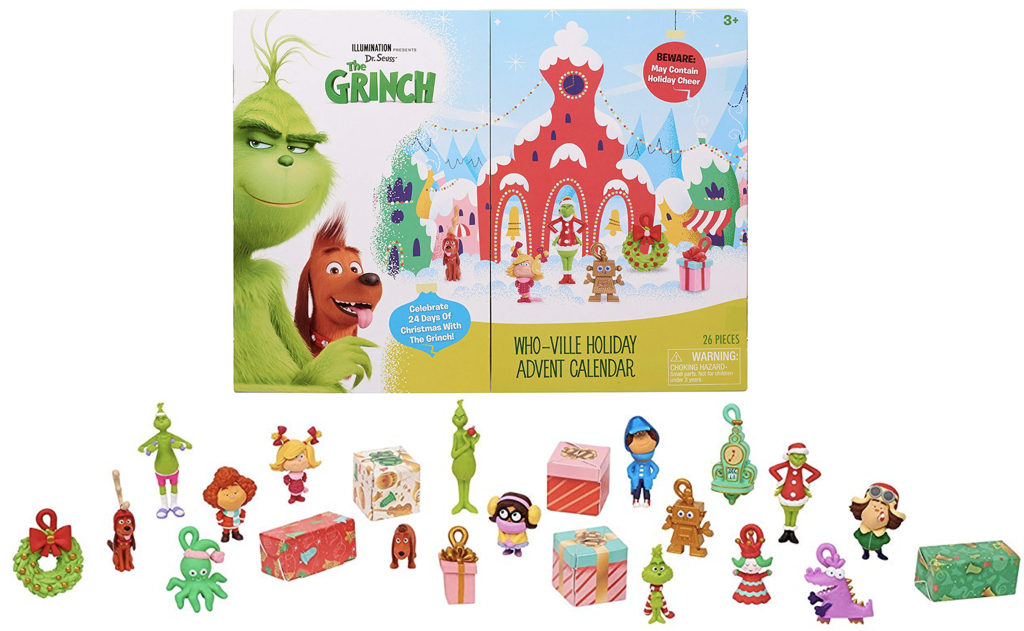 Harry Potter fans rejoice! This year there is a new Harry Potter advent calendar, which features newer figures and different decorations. Kids will definitely love the new set whether they have last year’s or not.

There are figures of Harry Potter, Ron Weasley, Padma Patil, and many more included. New adventures for kids await as they reveal their favorite characters from this venerable franchise. Perhaps you’ll be the first to hear of Harry’s new stories…

Also included are buildable models of Beauxbatton’s carriage as well as a dining table with an ice castle centerpiece. The calendar itself can function as a background. Because wizards need holidays too, so why not celebrate with them? 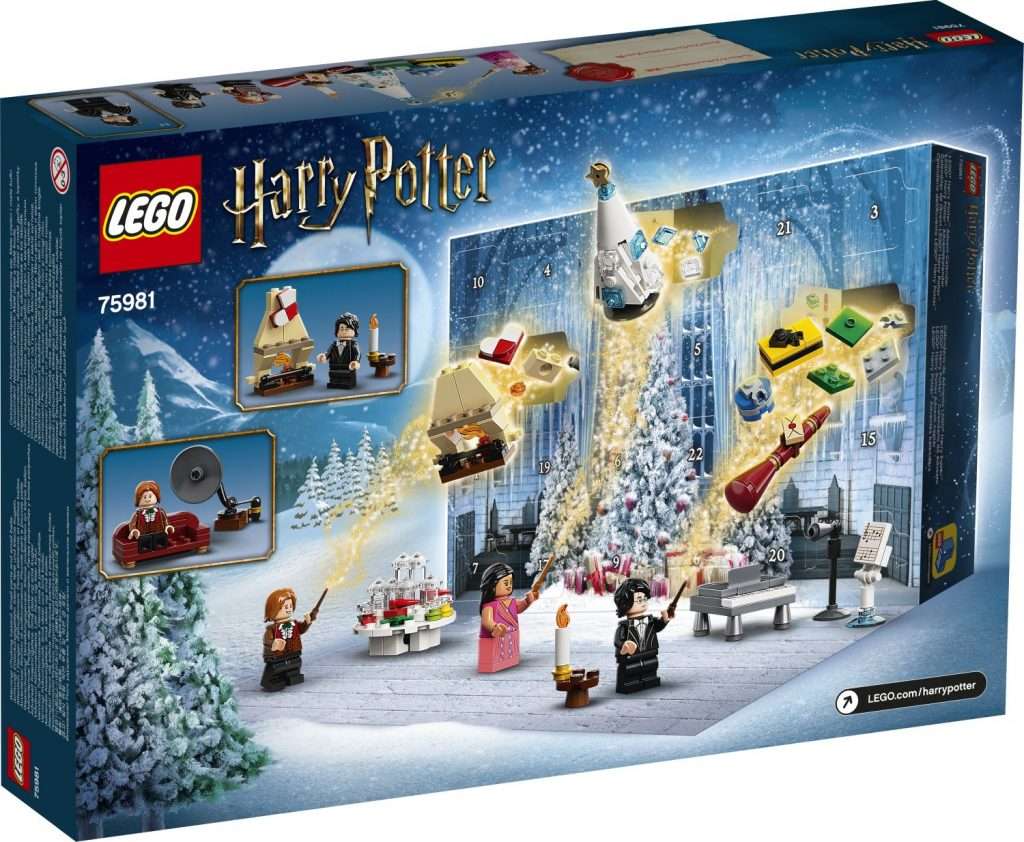 Playmobil Back to the Future Advent Calendar

This cult classic keeps people of all ages entertained despite its age. This year it still delivers joy to people in the form of this advent calendar. With each new toy adding up to a whole, kids will be begging for Christmas to come soon. 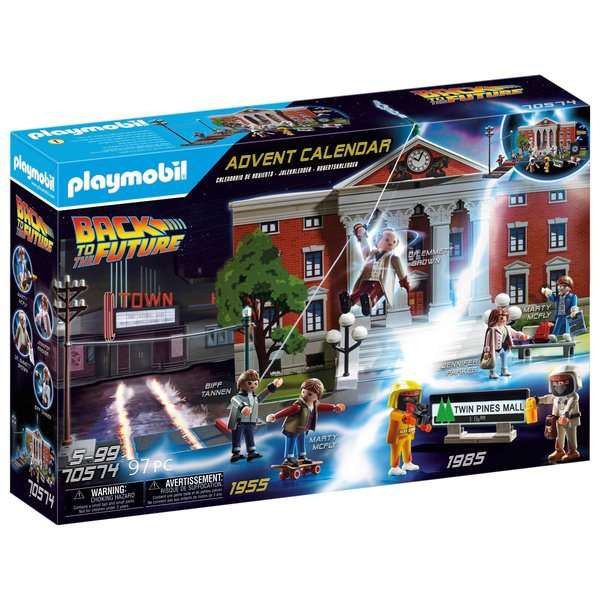 Younger fans of the LEGO City movie and LEGO CITY Adventure series are in for a treat this year as well. This year’s advent calendar features different scenes from the one in 2019, a new year with a new start. This new set has characters from the TV series as well.

Kids who love Chief Wheeler are going to be pleasantly surprised when they get to open his door. Santa Claus also makes a return, and if you have last year’s calendar, maybe your kids can concoct some stories about two Santas.

The calendar is a great festive background as well, though of course, kids might not even need it and prefer different areas or none at all, leaving sight to their imagination. 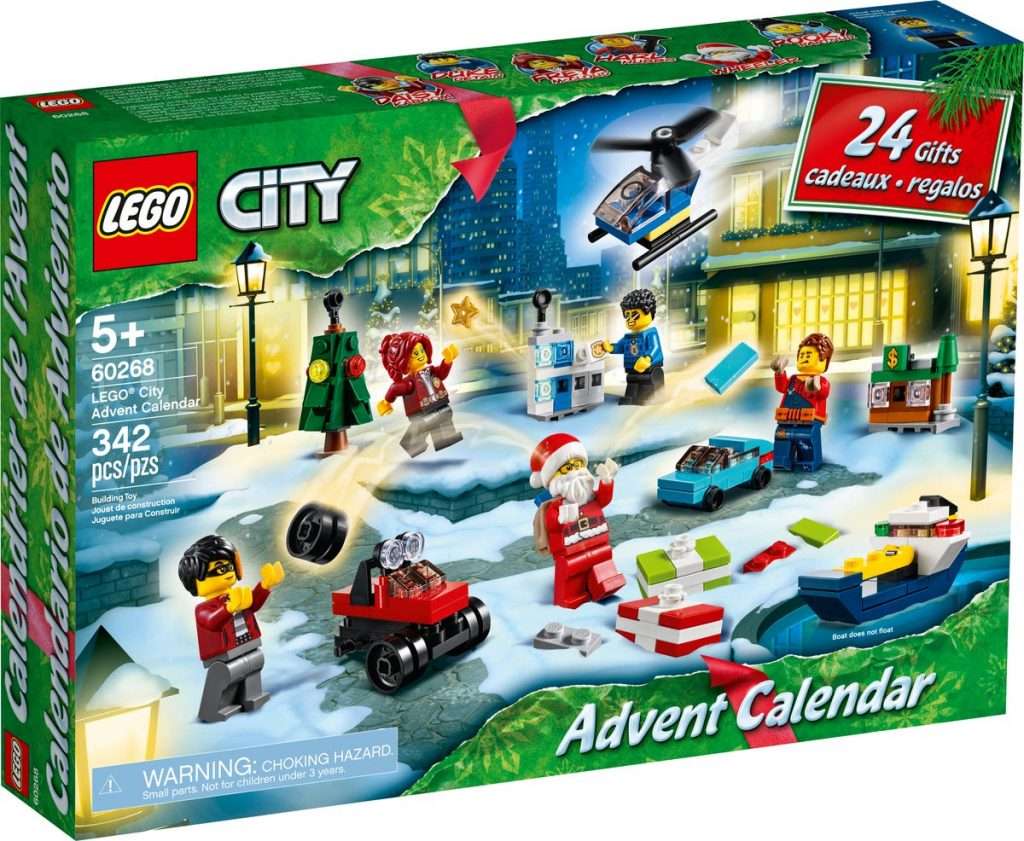 If your kids love Tsum Tsum for the adorable and cute designs, then you can’t go wrong with this one. A new surprise awaits every day, so they won’t be bored any time soon! There might be some assembly required, but what’s some fun without easy work?

Included are 6 of each: large figures, medium figures, small figures, accessories, and festive headpieces. This way the kids can make them look extra festive if they like. To add to the festivity, all of them can ride in the include sleigh full of presents one at a time! 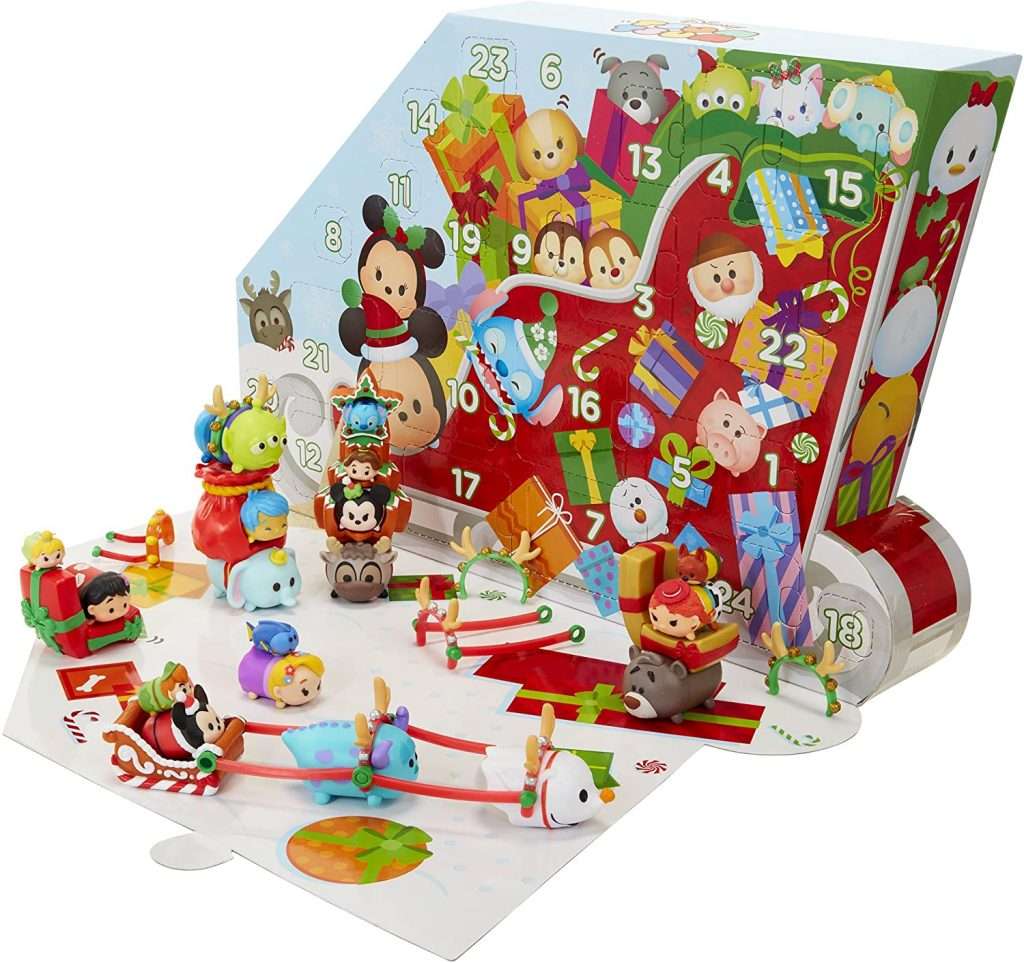 Surprisingly, or maybe not, LEGO Friends has a new advent calendar for this year. This is great if your kids love this series. Whether they play with one figure or several, there is no end to the enjoyment of this calendar.

The three scenes included are Emma’s room, a winter wonderland, and Santa’s workshop. Tired of one scene? Just play with another to keep the excitement going on.

Included are the characters, which are essential. Other than that, there are other toys for all sorts of situations. Some models even have dynamic features, perfect for emphasizing actions. 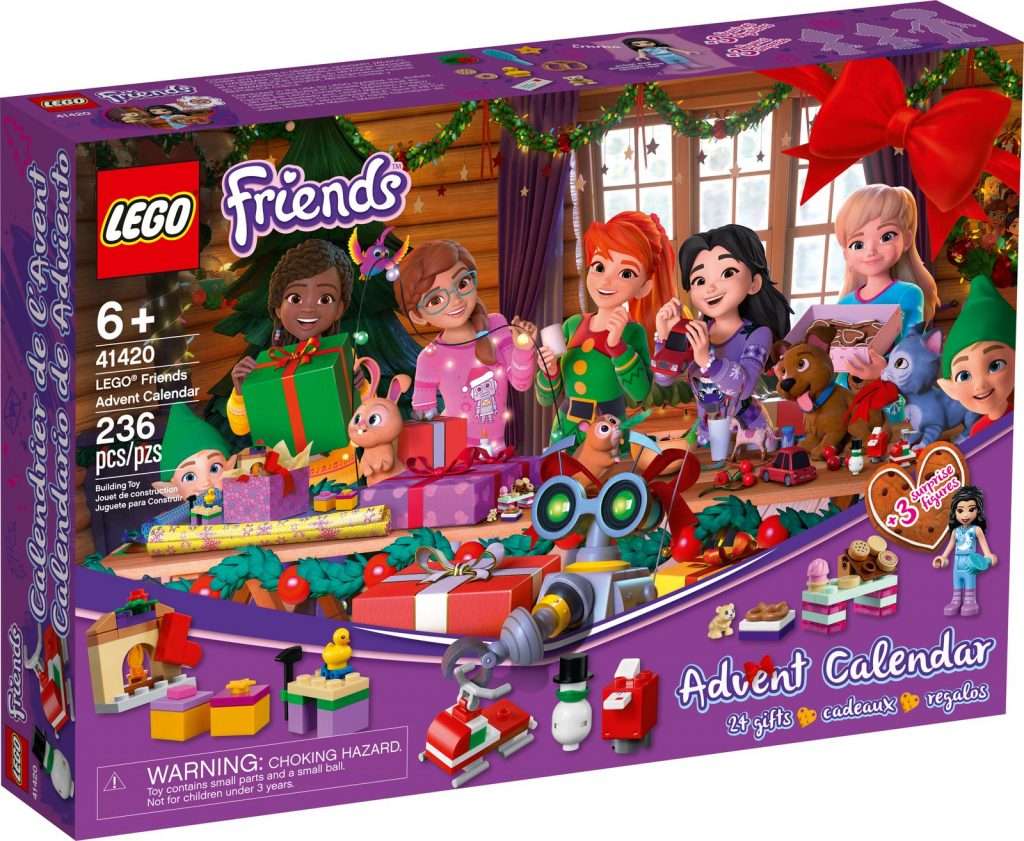 Trading card games have been around for many years, stretching back decades. In fact, Nintendo was a trading card company in the beginning. Yu-Gi-Oh! is another classic card game and has spawned TV series and even online games.

The young Duelist will have a new card every day when counting down to Christmas. There are 14 Super Rare Cards and 10 Ultra Rare cards inside. Perhaps one of them is the last card to complete a perfect deck with… 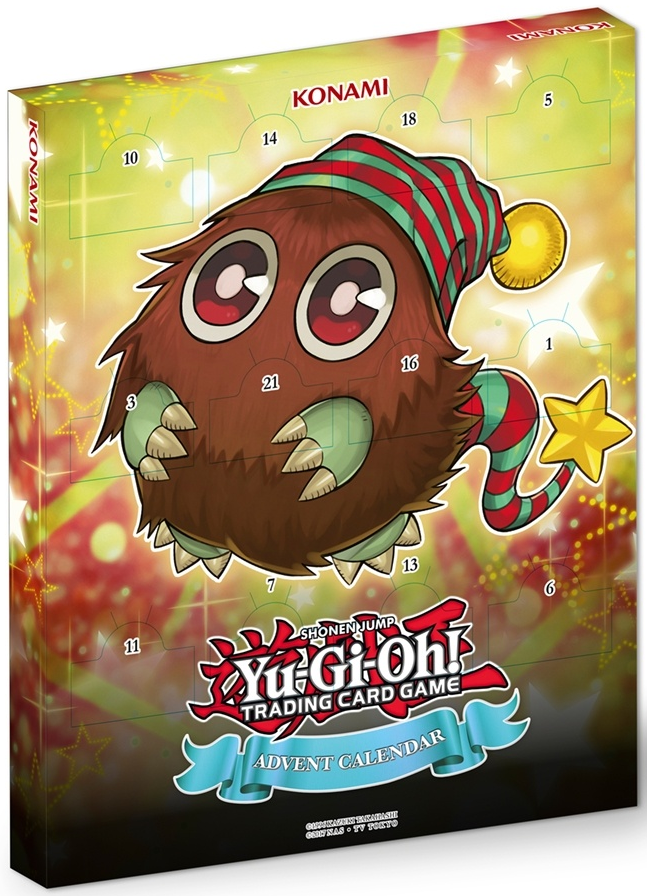 This year we also have a new Harry Potter advent calendar by Funko. A new character to join your Funko Pop! ranks? Maybe, if your kids love to collect them.

For every new day, there is a different Funko figure from the series. Earlier we had a LEGO Harry Potter calendar, but if your kids prefer collecting Funko Pop! figures then this will make their holiday season. Who will join them when they open the doors? 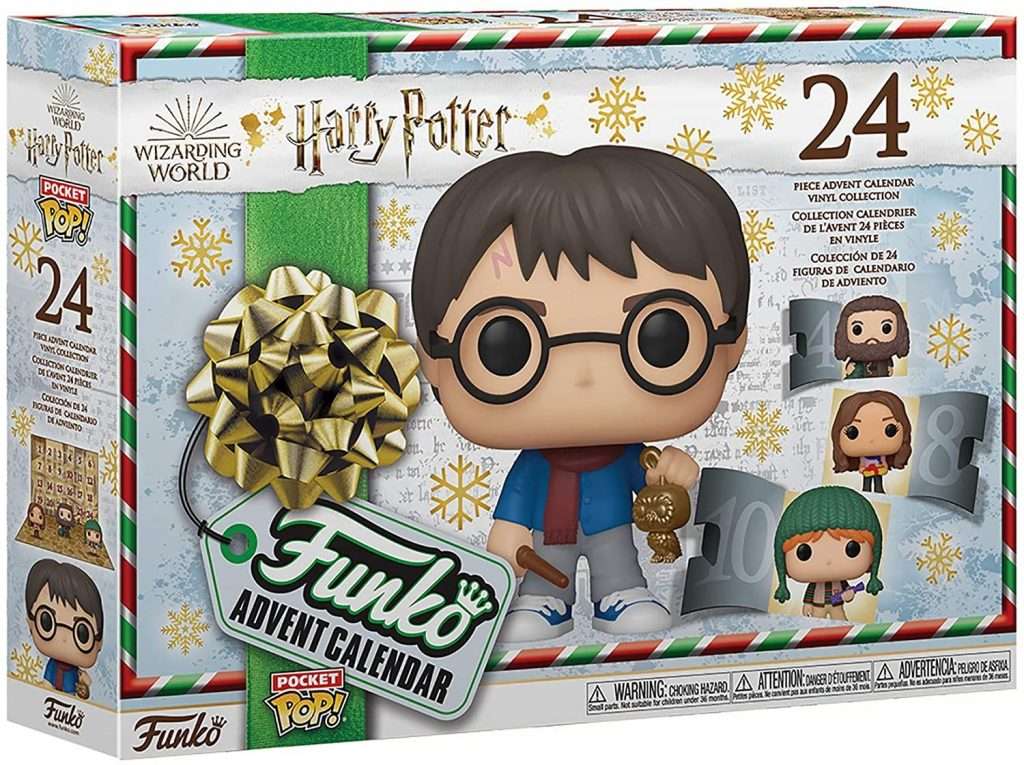 This last one is certainly different than the rest. Many kids love squishy toys as watching them reform is entertaining. If you get this for them then there’s going to be laughter all December!

The squishy toys are made to resemble animals like bunnies, snails, and parrots. There are also mythical beasts like a unicorn and a living sun. Other than being cute, squishy toys also increase blood circulation in the hands! 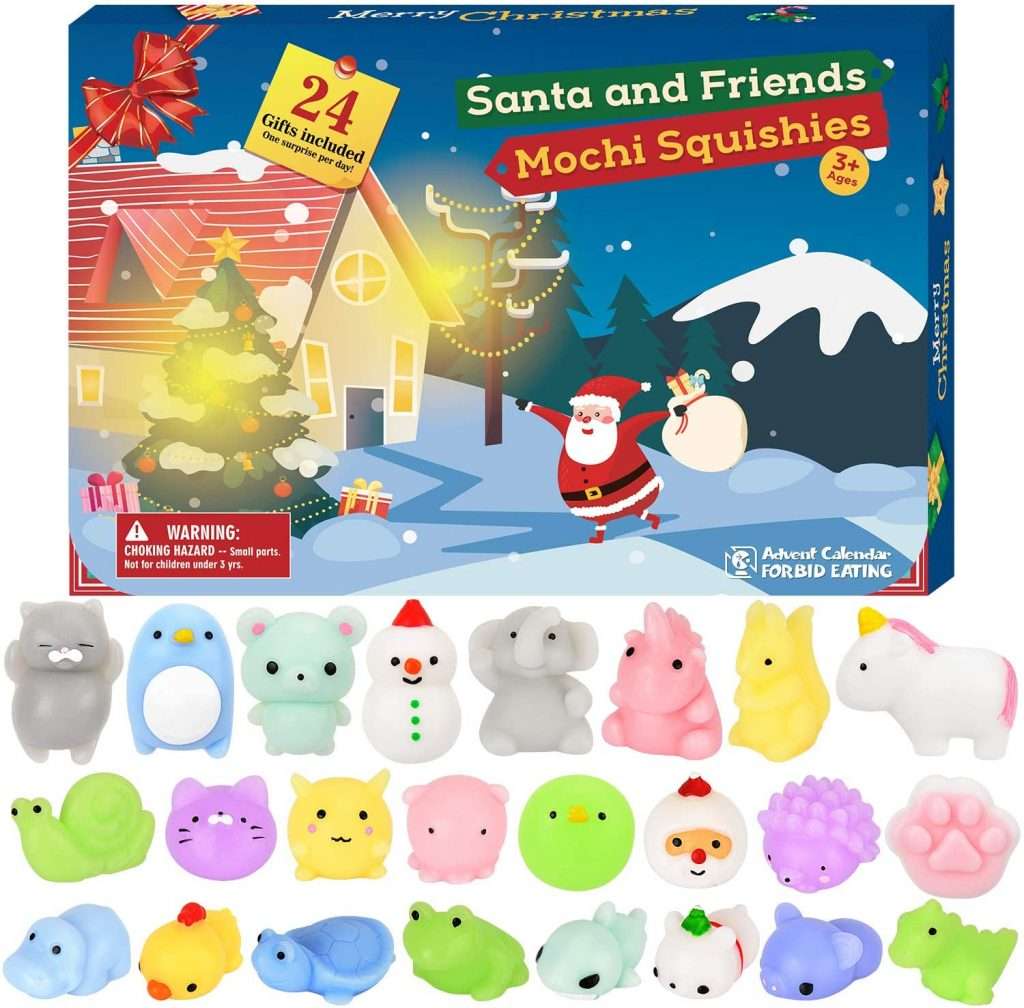 With so many choices of toys out there, there will be no end to decision-making. However, the kids want their presents and must be satisfied. Thus it is up to the parent to make their year and holiday season.

An advent calendar will prevent the children from getting bored waiting for Christmas because a gift a day no matter how small is still meaningful. No more boredom equals peace of mind. Your kids will appreciate the small appetizers when the big presents are torn open!

Most of the advent calendars here are made by LEGO, but a few are from other franchises such as Pokémon, Harry Potter, and Yu-Gi-Oh! LEGO’s tradition of high-quality toys still stands true, and you won’t go wrong for choosing them. However, if you think the other choices are what your kids prefer, get those instead.