If the new Han Solo film doesn’t quench your thirst for new Star Wars content then perhaps this will. Lando, Double or Nothing is a new miniseries by Marvel which will expand on the character within the same timeline. With most Star Wars miniseries we are getting a brand new action figure variant cover on issue one.

John Tyler Christopher has perfectly captured the character played by Donald Glover. I am going to go as far as saying that this cover is one of my favourite covers so far. The artwork is exceptional and the green background and yellow outfit really make the action figure pop.

Take a look at the cover below: 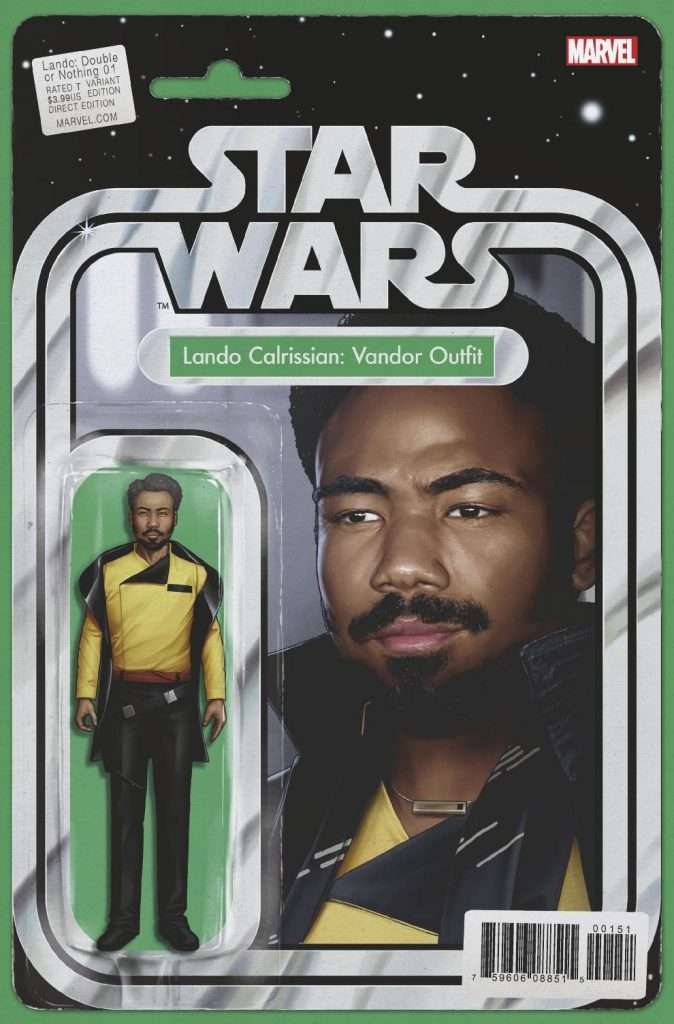