It seems like such a long time since we got a new action figure variant cover. Well, the wait is finally over. We now have the last of the Empire Strikes Back characters with the 2nd of the Bespin Security Guards. For the last 3 issues we have had characters from the Return of the Jedi, so I was beginning to think John Tyler Christopher had forgotten about this guy. He will feature on Star Wars issue 48 and will be available from 23rd May 2018.

I havent got too much to say about this character as he had very little screen time. Although as a kid I did own the action figure, I don’t recall ever owning the card back. Perhaps I got him from a jumble sale or swapped him with a friend!

Check him out below: 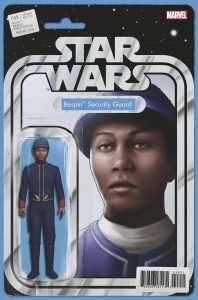 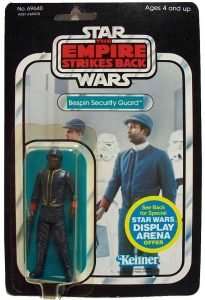 This comic cover had been added to the Star Wars action figure variant checklist.