Aside from blue, the green lightsaber is the most common color associated with the Jedi. Among other green lightsaber wielders, the most famous by far are Luke Skywalker, Yoda, and Qui-Gon Jinn, with many more in both Star Wars canon and Star Wars legends.

This article will cover the lore of green lightsabers within the Star Wars universe, along with who carried a green lightsaber and what does green mean in the greater scheme of the story.

The Meaning of Green

In color theory, green can mean nature, growth, renewal, and safety. When we look at some of the most famous wielders, Yoda and Qui-Gon Jinn, we can see that the color green reflects their calm nature and their ability to bring growth to those around them.

Yoda was able to train Luke Skywalker into the Jedi he became, while Qui-Gon Jinn did the same with Obi-Wan Kenobi. Green is often seen in Jedi who will choose to find more diplomatic ways out of an issue, rather than fighting first. Which on the face of it is strange as some of the most powerful jedi used green lightsabers.

Check out this list of custom lightsaber companies so you can own your very own green lightsaber! 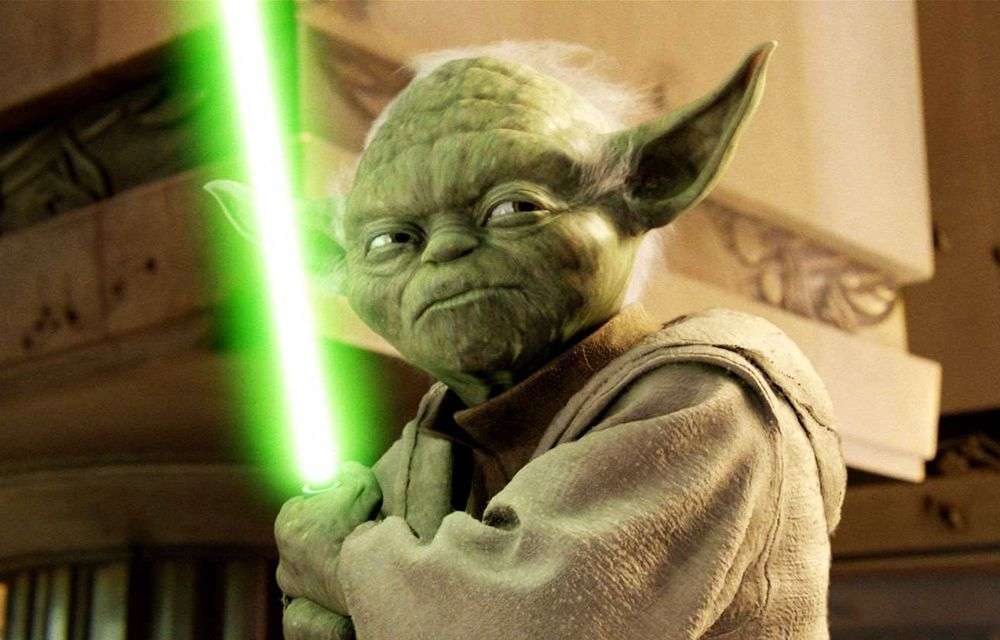 As mentioned above, the most famous wielders of the green lightsaber were Yoda and Qui-Gon Jinn. Not yet mentioned, when Ahsoka was still a padawan under Anakin Skywalker, she used a green lightsaber along with a lime green off-hand saber. Lime green is a very rare variation and Ahsoka’s saber was one of the few examples.

Green was the third lightsaber color to ever been seen in a Star Wars film. Before green, there was only blue and red. It was a simple editing choice that turned Luke’s blue lightsaber into a green one.

Originally, Luke was always meant to have a blue lightsaber. Blue could be seen in many of the promotional posters around the time that Return of the Jedi was being released (1983).

However, when it came time to edit the film, the filmmakers realized that Luke was at one point holding a blue lightsaber against a blue sky and it didn’t stand out as much as it did in previous scenes. In that moment, the editing team decided to change the lightsaber to green to make it stand out. At the time, there was no deep meaning against the change. 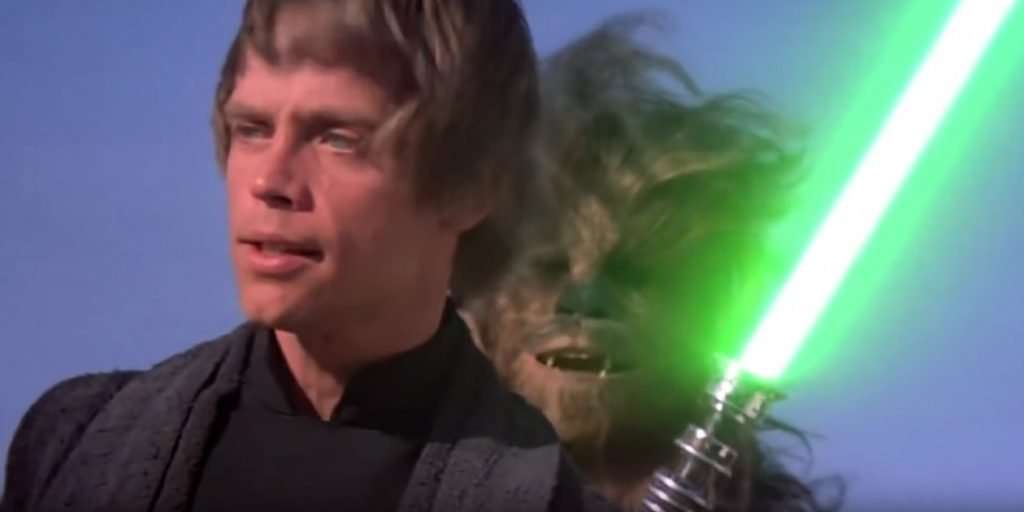 Green lightsabers are most often found being carried by Jedi Consulars in Star Wars Legends. Consular are Jedi who work to spread peace and harmony through the use of diplomacy.

In Legends, both Yoda and Qui-Gon Jinn were considered to be Consulars. Meanwhile, Jacen Solo, the son of Han Solo, and Leia Organa also had a green lightsaber. Jacen however did defect to the dark side and in such his lightsaber turned red.