“He’s no good to me dead!” This famous quote from one of the most renowned and feared bounty hunters is true for every crime lord who hired him as well. Thought dead for years, Boba Fett returning to the Star Wars galaxy is nothing short of a miracle.

Due to his short adjourn in the Sarlaac Pit and the long wait for his return to the movies, fans speculated for years whether or not he had survived. The Book of Boba Fett brought the fearsome bounty hunter “back from the dead.”

Time had passed though, leaving fans wondering how old is Boba Fett in The Book of Boba Fett?. In this article, I will discuss how old Boba Fett is in each of his movie and show appearances. 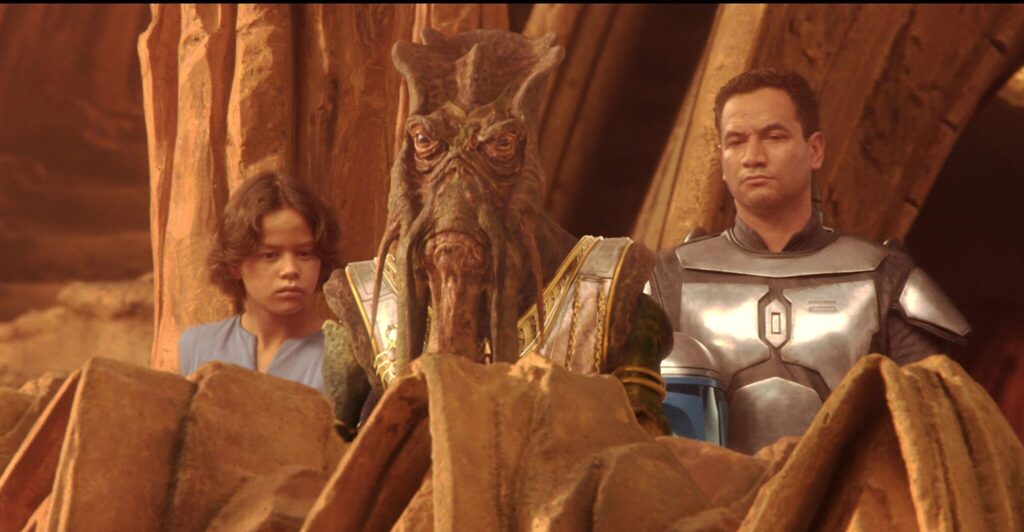 How Old is Boba Fett in Attack of the Clones

Young Boba first makes his appearance in Attack of the Clones. He is seen with his father Jango. During this movie, we discover that Jango, who was the template for each clone, requested an unmodified clone for himself. Thus, his son Boba was introduced.

Boba was alike to each clone in every way except for a few differences. He was not modified. Thus, he maintained the independent thinking of his father Jango. Additionally, he aged at a normal rate.

In Attack of the Clones, Boba is already seen as a shrewd, young boy, taking after his infamous bounty hunter father. In this movie, he is 10 years old.

During this movie, we also see the sad tale of the beginning of his life. Boba saw his father beheaded, igniting his deep hatred for Mace Windu which we see later on in The Clone Wars. How Old is Boba Fett in The Clone Wars

Boba Fett begins to show his great skill as a bounty hunter throughout the episodes of The Clone Wars. He is seen joining multiple bounty hunters across the galaxy.

Additionally, we see his quest for vengeance against the powerful Jedi Mace Windu to avenge his father’s untimely death. We see a variety of infamous bounty hunters he works closely with. Throughout these episodes, Boba is between the ages of 10 and 13.

Work History and Face Offs in The Clone Wars

In the episode Death Trap, Boba works undercover as a Clone Cadet. While undercover, his main goal is to kill Mace Windu. Unfortunately for Boba, he doesn’t kill him. Instead, he escapes on Slave I with Aurra Sing.

In another episode, R2 Come Home, Boba is yet again seen teaming up with Aurra Sing, and additionally Bossk, and Castas. Yet again, they are setting up a trap for Mace Windu that fails. His vengeance is deep, but his execution of it tends to fall short. 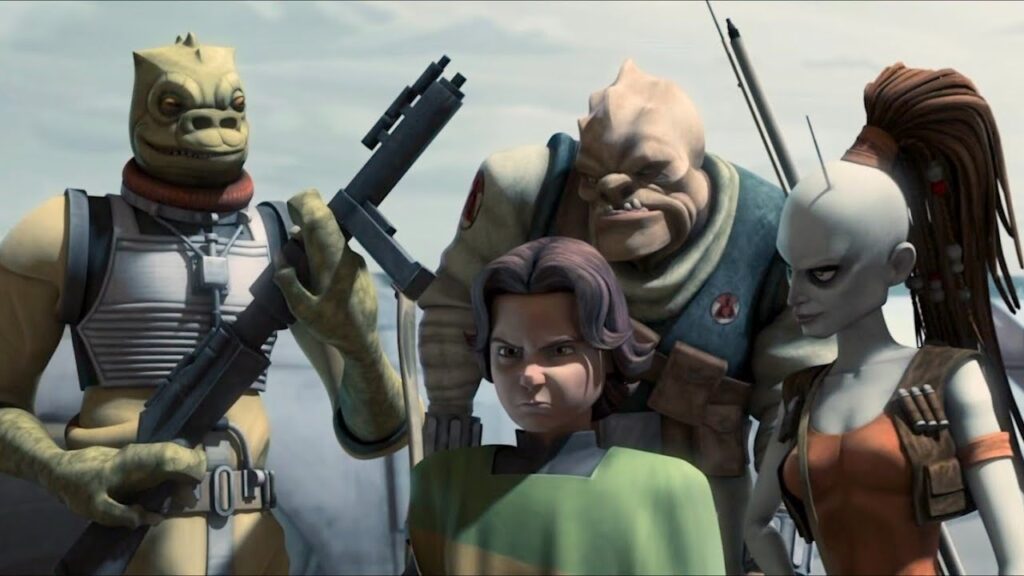 During this episode, Boba is imprisoned for his attempted assassination of Mace Windu. During his imprisonment, he and Obi-Wan work together to aid in the escape of Cad Bane. Boba’s skills as a bounty hunter were yet again shaped during this time.

Although young, Boba was hired as one of five bounty hunters to defend special cargo in delivery to the Belugan king in this episode of Clone Wars. Each bounty hunter was eventually killed off except for Ventress and Boba.

Both got into a fight regarding the cargo, resulting in the delivery of Boba to the king instead. This embarrassing occurrence may have ruined many a bounty hunter’s careers, but Boba used it as more fuel to the fire.

The Early Life of Boba

The creation of his syndicate of hunters in Coruscant and Tatooine also began through his work with various hunters during his youth.

How Old is Boba Fett in The Empire Strikes Back

In The Empire Strikes Back Boba Fett is between the ages of 35 and 36. Although Canon is the fifth installment, this was the first movie he appeared in.

He is seen by other hunters such as Dengar and Bossk. He also worked with and against them in The Clone Wars.

Work History and Face Offs in The Empire Strikes Back

By this point in history, he had built up quite a reputation and work resume. He tracks down Han Solo in this movie for Darth Vader. Although he doesn’t see much action during the movie, he holds his own with his deadly reputation. 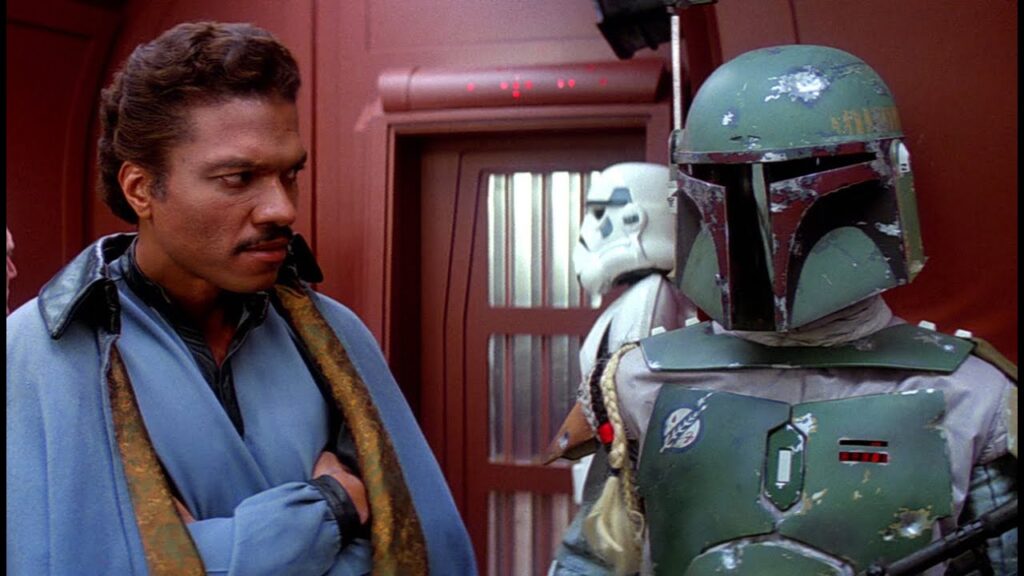 How Old is Boba Fett in The Book of Boba Fett

We know that The Book of Boba Fett follows his infamous fall into the Sarlaac Pit in Episode VI: Return of the Jedi. We are still unsure as to how much time passed between the movie and the series.

Luckily, after his fall, Boba was able to get out and survive. The Book of Boba Fett has many flashbacks but in present day Boba Fett is 41. 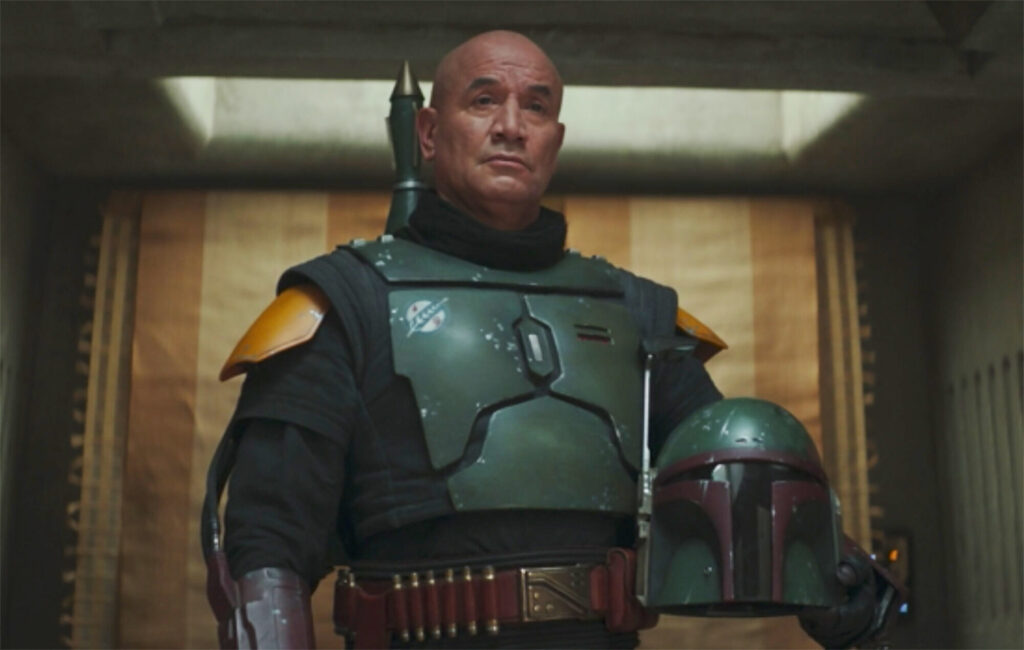 For years fans were distressed at the death of Boba Fett. Luckily though, with the release of The Book of Boba Fett, we found out he survived the fall.

Of course, the quick-thinking bounty hunter wouldn’t have died in the Sarlaac Pit. Instead, he was able to grab the oxygen of a Storm Trooper who had also fallen in. He then used a flamethrower to burn his way out.

This escape not only shows his ingenuity, but also the intense survival instincts he has perfected over the years. The aged Boba Fett still has the desire to survive and overcome every obstacle thrown his way.

After escaping the Sarlaac Pit, a group of Tusken Raiders found Boba. Due to his weakened state, he was easily captured by them. He remained a prisoner to them, collecting gourds. It is still unknown why the Sand People, known for capturing and torturing people decided to save him, especially in his already weakened state.

Boba at times attempted to escape, yet failed. What earned him the honor and respect of his captors eventually was not his legendary history as a bounty hunter. Instead, he utilized his skills to defeat a sand beast, saving a young Tusken Raider. 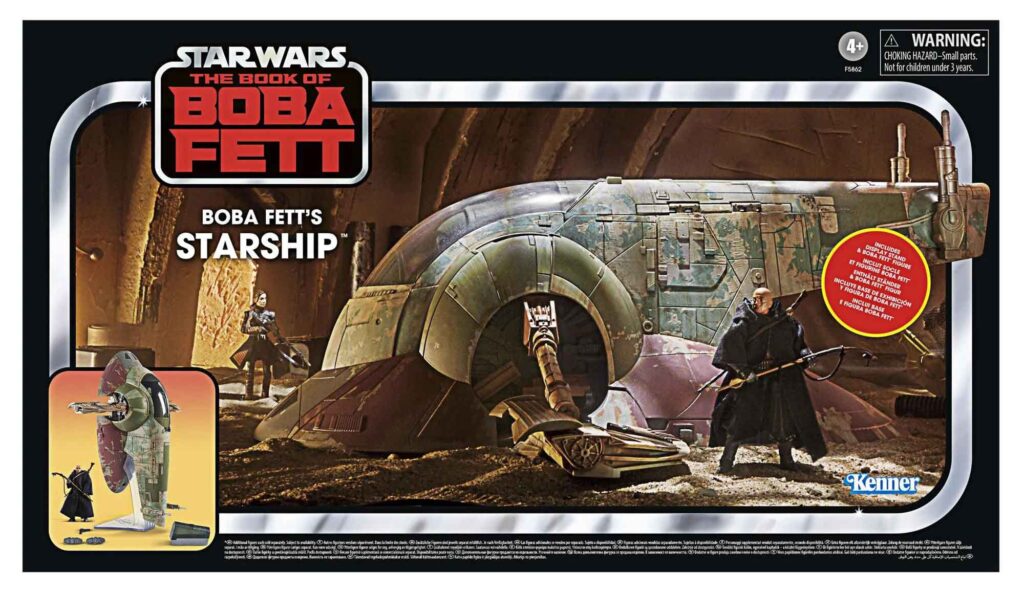 His defeat of the beast led to gaining the respect of the Tusken Raiders. Slowly, they began to train and nurse him back to health. He eventually earned their trust enough to become an honorary member of their group.

Yet again, Boba Fett proved his incredible survival skills. Not many can gain the trust of the Tusken Raiders and survive their stay with them. Their additional training and nursing of him also was the only reason he was able to survive the aftermath of the Sarlaac Pit in the desert.

Already highly skilled in combat, his training with them led to an even better fighting style for Boba. This later helped him in gaining Jabba’s old position of Daimyo of Tatooine as well.

Although Boba lived a very sad, lonely life, he became a very successful bounty hunter. Training with and learning from the best hunters in the galaxy helped him to learn quickly and become formidable early on in life.

Despite losing his father at a young age, his ingenuity, desire for revenge, and quick thinking led him to be an incredible asset to many a bounty hunter. His training with Cad Bane and Aurra Sing led him to be one of the most feared hunters in the galaxy, even as a teenager.

Highly revered as a bounty hunter, Boba will always be a fan favorite. With his recent return to The Book of Boba Fett, we are likely to learn even more about his infamous exploits, hunts, and history. The aged Bounty Hunter will continue to hold his place as one of the best bounty hunters in the Star Wars Canon.