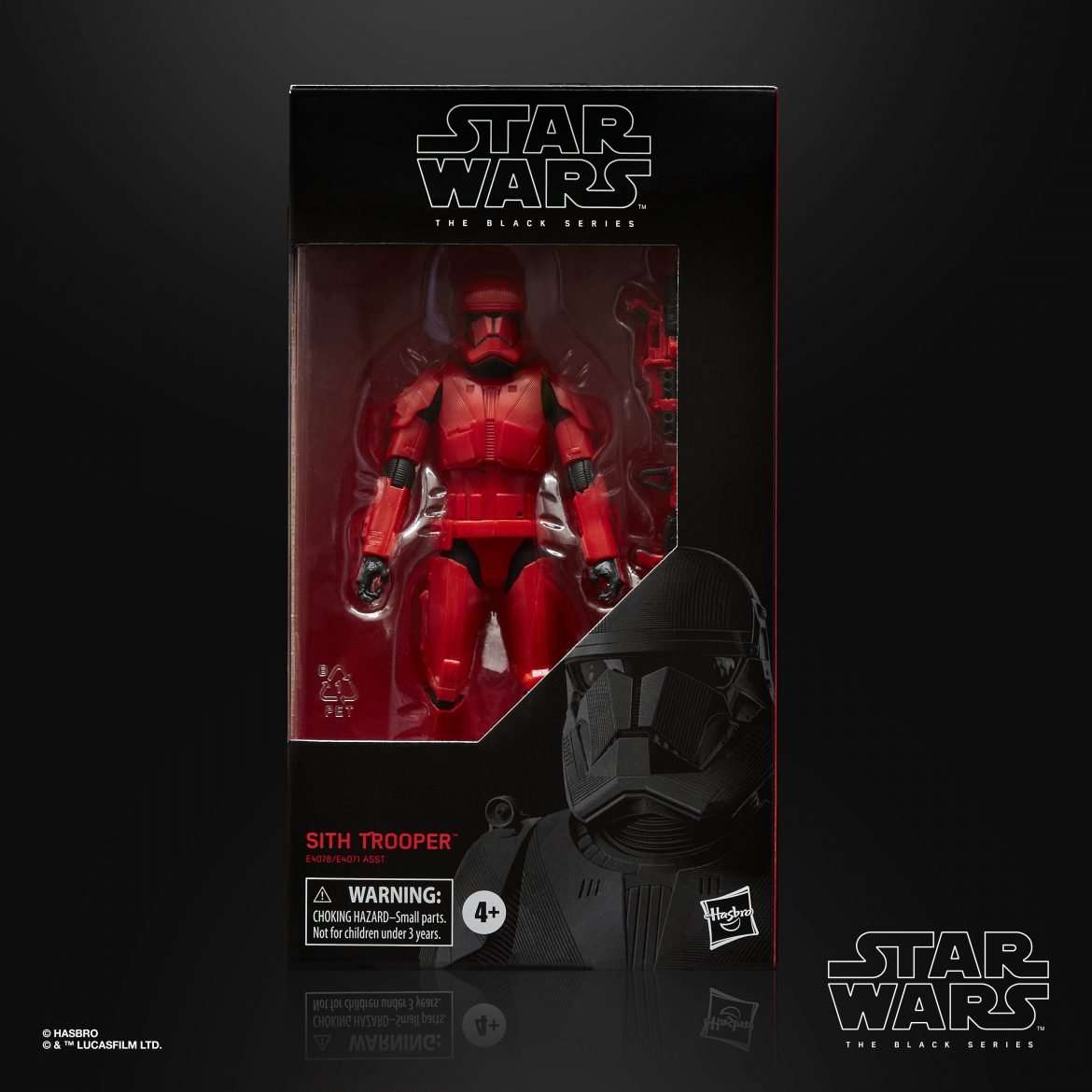 Just giving you the heads up that the 6″ Black Series Sith Trooper is now available to preorder! The Sith Trooper will be featuring in Star Wars Episode IX: The Rise of Skywalker which comes out in December 2019.

As for the figure, its another great looking trooper and one that I am sure you will want in your collections. Can never have enough Troopers and this guy looks perfect for army building.  This is the regular release in the standard black and red box that is synonymous with the Star Wars Black Series action figure line.

The figure is on sale at Hasbro Pulse, Big Bad Toy Store, Dorkside Toys and Amazon. Use the button below to check the current price and pre-order your Sith Trooper!

Hasbro have kindly sent me some high res images and a press release which is as follows:

“Fans and collectors can imagine scenes from the STAR WARS Galaxy with this premium SITH TROOPER figure, inspired by STAR WARS: THE RISE OF SKYWALKER. The STAR WARS: THE BLACK SERIES 6-INCH SITH TROOPER action figure features premium deco and four fully articulated limbs, and comes with two SITH TROOPER-inspired accessories that makes it a great addition to any STAR WARS collection. Includes figure and 2 accessories. Available at D23 via shopDisney and in limited quantities at most major online retailers and HasbroPulse.com starting on September 4, 2019.” 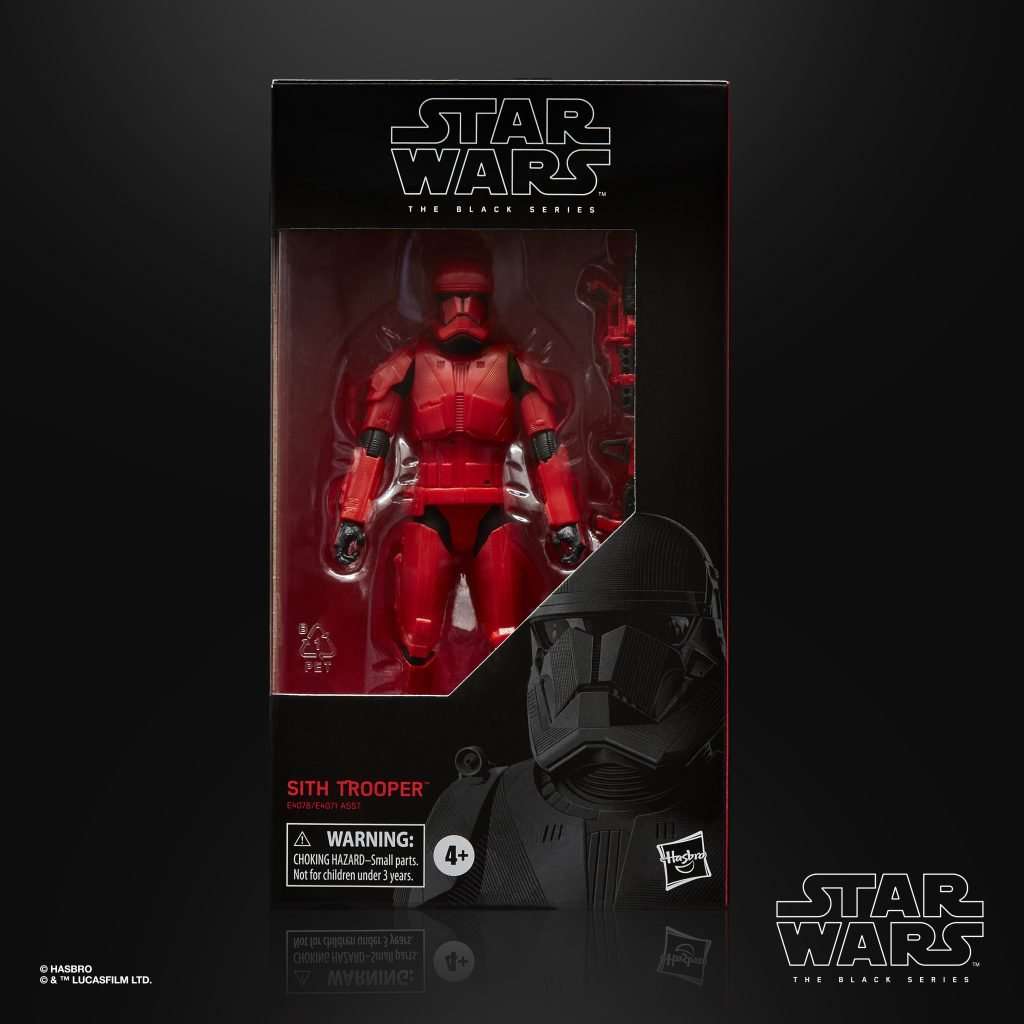