The red lightsaber was one of two original colors used in the Star Wars universe. In the beginning, there was only red and blue, with other colors coming later. Red was the color for the Sith or other dark side users of the force. Red lightsabers could only be made by pouring dark emotions into the Kyber crystal, corrupting it, and turning it red.

This article will cover the lore surrounding red lightsabers, along with who carried a red lightsaber and what is the greater meaning of the color red within the Star Wars franchise.

The Meaning of Red

Colour theory suggests that red represents strong emotions. This can include anger, power, passion, danger, and love. This intensity represents the Sith well, as it is all emotions that are forbidden from the Jedi Order. When powerful Sith embrace these stronger emotions, it is often that which tempts them towards the dark side of the force.

Check out this list of neopixel lightsaber companies so you can own your very own red lightsaber! 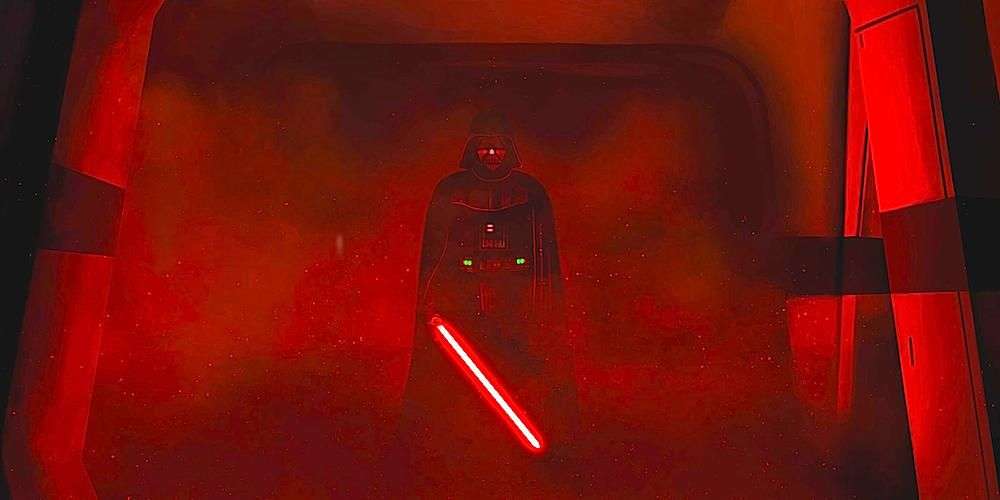 One such example was when Darth Vader attempted to use a green lightsaber he took from a Jedi Master. The kyber crystal inside the lightsaber gave Darth Vader visions so strong that they nearly drove him insane.

To use a kyber crystal, Sith use a process known as bleeding. To bleed a kyber crystal means a dark side user of the force would pour their dark emotions, such as anger and fear, into their lightsaber’s kyber crystal, therefore corrupting it.

The original kyber crystal could have started as any color, but the resulting color after a bleeding is almost always red. There are some rare examples of Sith using other colors, such as black, but in general, it’s almost always red.

The shade of red the Sith uses can have some variation. Reds can vary from crimson red, to even pink. Magenta, a close cousin of red, will be covered in a separate article.

While red is most often associated with the Sith, within Legends there was one Jedi who used a red lightsaber for a short time, Adi Gallia.