If there is one thing that makes Star Wars stand out from other franchises, it is the enormous Expanded Universe of stories that go beyond the original movies and TV series. Before Disney acquired Lucasfilm, we had the old canon which included over 500 books that were all tightly connected into a single timeline.

In 2014, Disney announced that all previous Star Wars Canon books are irrelevant to their plans for the franchise and therefore, are now known as ‘Legends’. Instead, they announced that there would be an entirely new Disney Star Wars Canon that would only include the existing movies, animated series, and anything Star Wars related that comes out in the future. This, of course, includes a host of new novels and comics designed to fill out the universe.

Ultimately, this decision was not well received by the fan community and for some time, the interest in the following Star Wars books was minimal. Fortunately, we can say that more and more Star Wars Canon novels come out every year and most of them are as impressive as the Legends books once were.

With this said, which new canon books should you read first? We have prepared a well-thought list of the 10 Best Star Wars Canon Books and series that deserve your attention.

Alphabet Squadron by Alexander Freed, an entirely new name in the Star Wars novelization family, is a rather different war story that does not focus around any major heroes or villains. Our main character is Yrica Quell who is an Imperial defector.

Of course, she joined the New Republic and for her talents was named the leader of Alphabet Squadron. Overall, the book is surprisingly adventurous and satisfying in terms of curious new characters. Based on the fact that it does not focus on any major characters from the movies, we have to rank it at the bottom of our list. Nevertheless, it is a book that will entertain you and add up to your knowledge about the Galactic Civil War. 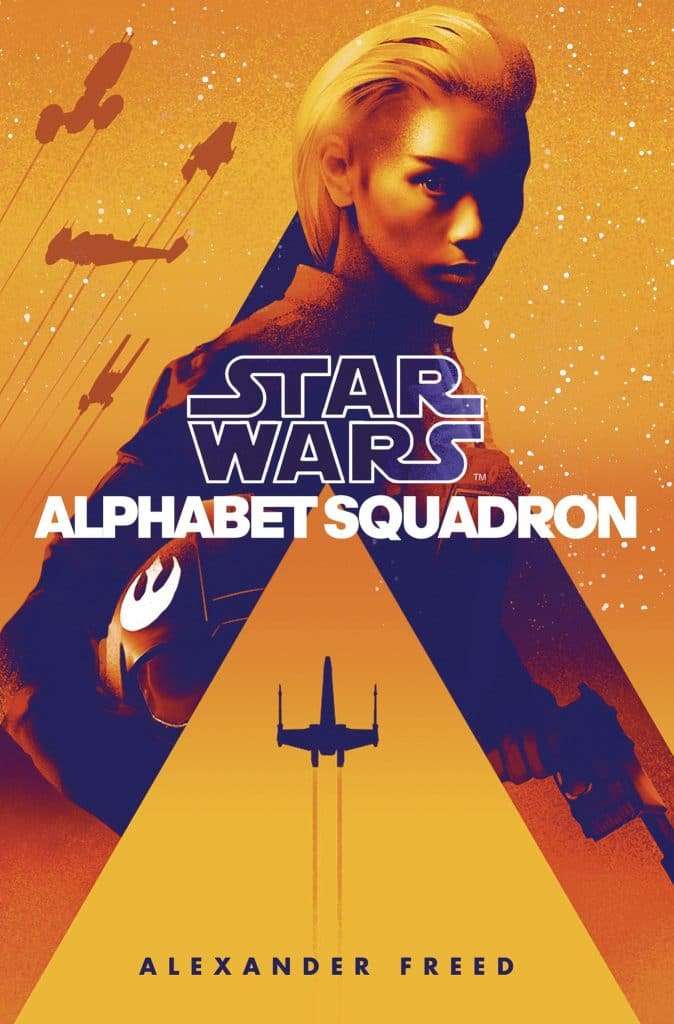 Despite the obvious importance of the character of Padme Amidala, I have always felt like she was more like a shadow of the main characters that was given too few chances to shine. Even with her apparent character development during the Clone Wars series, they could have given her more depth.

Fortunately, Lucasfilm gave us an entire book that focuses on this beautiful character – Queen’s Shadow. It introduces an entirely new side of Padme that proves her importance and shows the true uniqueness of her character.

It is understandable that not so many fans would bother with this book as it is simply not an epic war story. However, if you want to read a deeply political story that focuses on Padme’s important role in the Senate at a time when Chancellor Palpatine is trying to put an end to the peaceful Republic, then I urge you to give this book a shot. 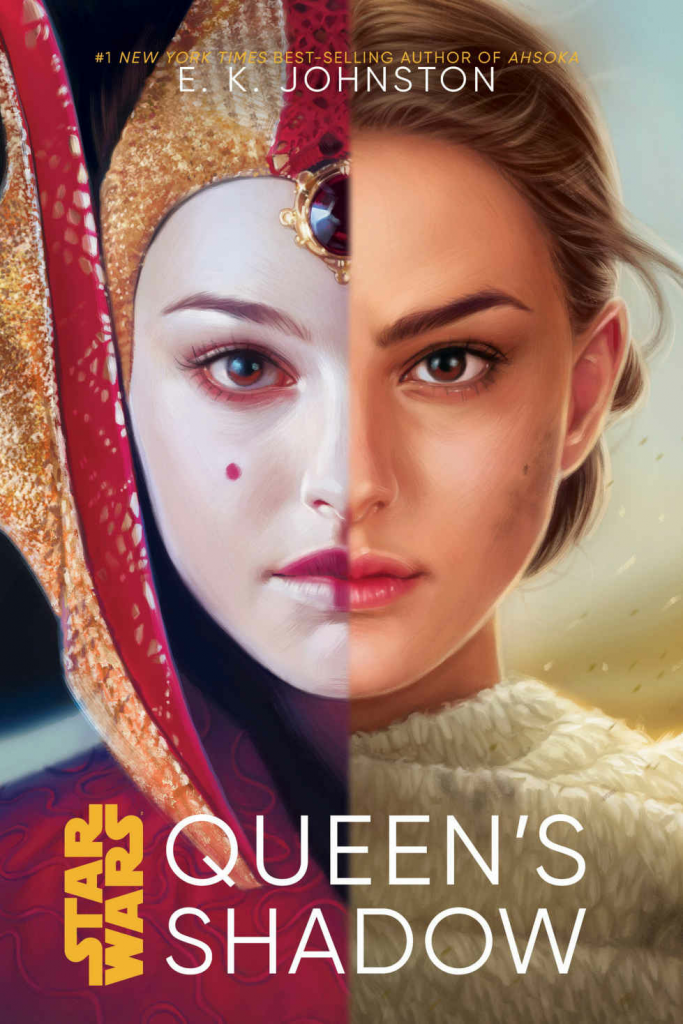 Lost Stars is a breathtaking love story in space that will have you read the entire book in one sitting. Our two main characters, Thane Kyrell and Ciena Ree, will quickly join your list of the most memorable characters in the Disney Star Wars canon.

In short, the two lovers end up on the opposing sides – both join the Imperial Academy initially but one defects for the Rebel Alliance. Of course, the scope of this novel goes beyond the apparently intimate story and actually spans through a few decades of Star Wars history.

Last but not least, this is a novel that will give you many answers. In fact, the final chapters could possibly even leave you breathless. If there is one thing that the new canon does well, it is to give us unexpectedly good stories with entirely new approaches and Lost Stars is one of the best examples. 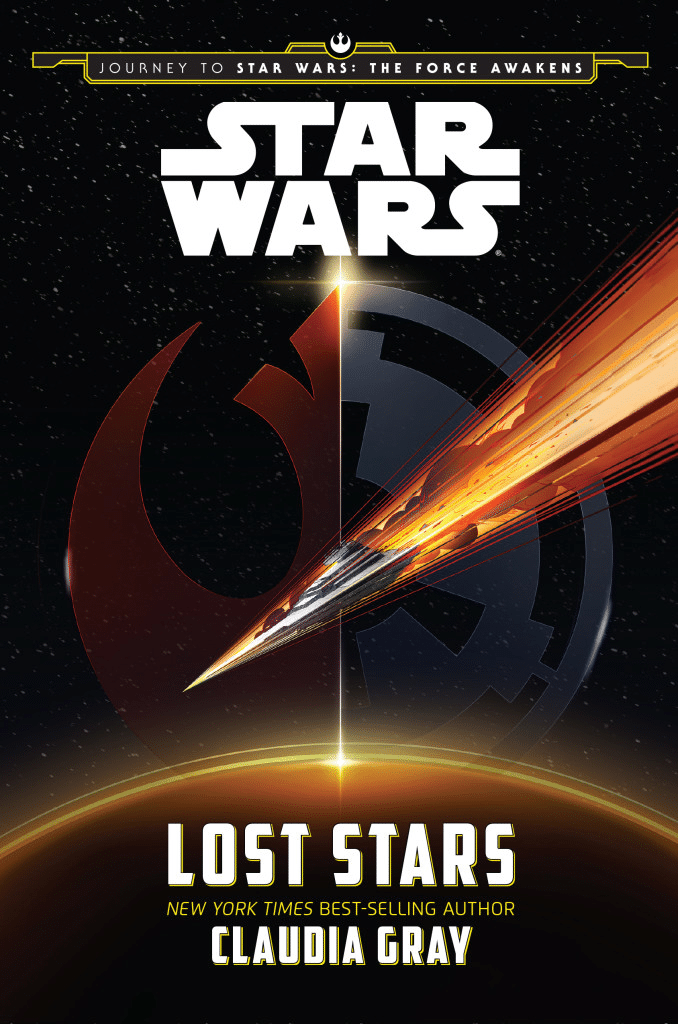 Claudia Gray has truly established herself as one of the most incredible Star Wars authors in history with her recent books. When it comes to the Solo family, it is rarely a focus of the new canon books. Bloodline, however, is a novel that will give you all the necessary answers about the relationships in the family, especially focusing on Leia.

No one can argue about the importance of our favorite Princess but few authors have really focused on her story. Grab yourself a copy of Bloodline and experience the compelling story in which she deals with the political situations in the New Republic, her connection with Darth Vader, and her son, Ben Solo. 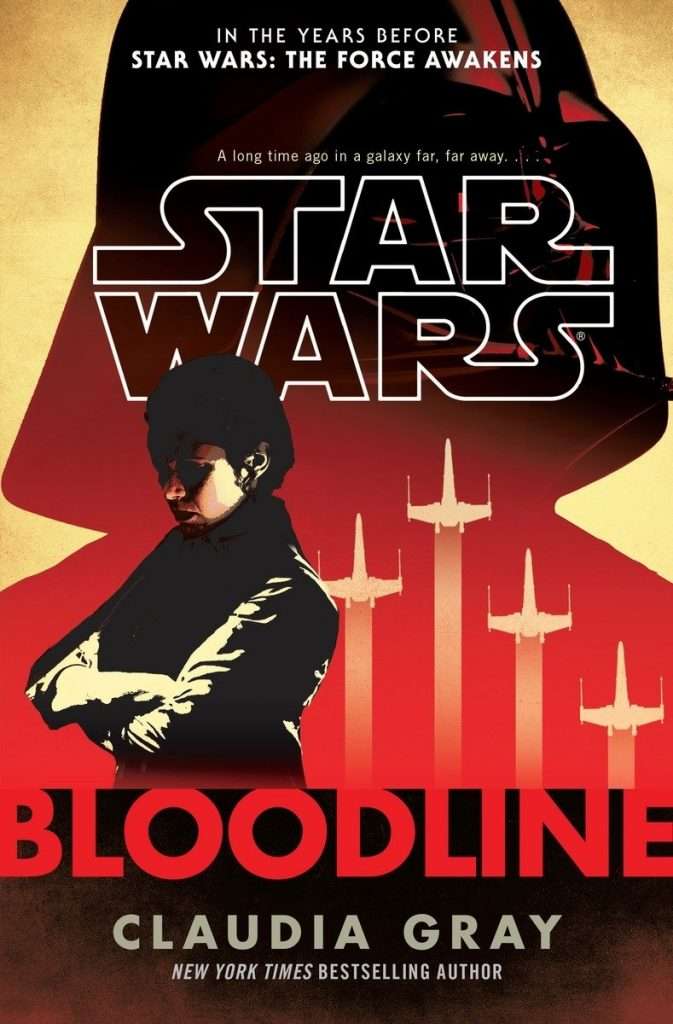 To me, Captain Phasma can easily top the list of Sequel Trilogy characters with wasted potential. It is clear that this whole trilogy was not well planned and thus, many incredible characters never received a chance to shine in the movies.

Thankfully, this novel by Delilah S. Dawson gave us answers to most questions about the character. Moreover, I consider it to be one of the most incredible Star Wars books that I have ever read, including the hundreds of Legends books that I have read throughout the years.

It follows the entire life path of Captain Phasma from a tribal chief on her apocalyptic homeworld to the highest ranks in the First Order Army. To get the details, you will have to read the book. 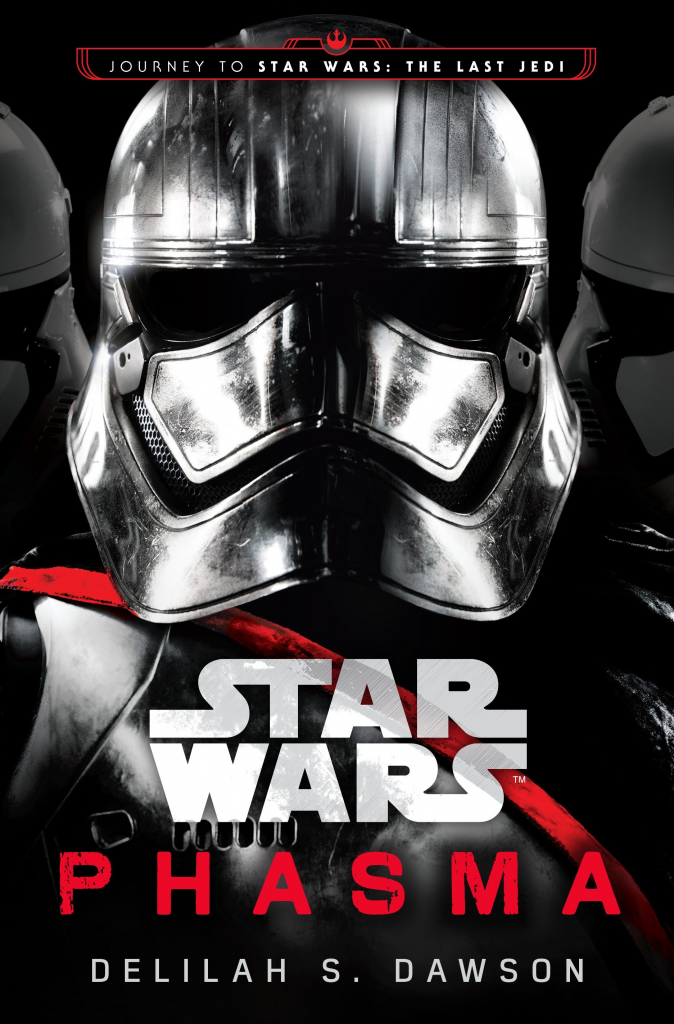 James Luceno is a legendary name in the Star Wars Universe and it is no wonder why he was given the opportunity to write the story of one of the community’s all-time favorite characters – Grand Moff Tarkin.

Honestly, it was about time to reintroduce him to the new canon but this novel proves that it was worth the wait. It is an incredibly action-packed book that will take you on a journey through the Imperial Ranks all the way to the very side of the terrifying Emperor.

If you are a hardcore fan, you would want to know the backstory of the creation of the first Death Star and how the deadliest weapon in the galaxy remained a secret until the very end. Get yourself a copy of Tarkin and you will find the answer as well as many more. 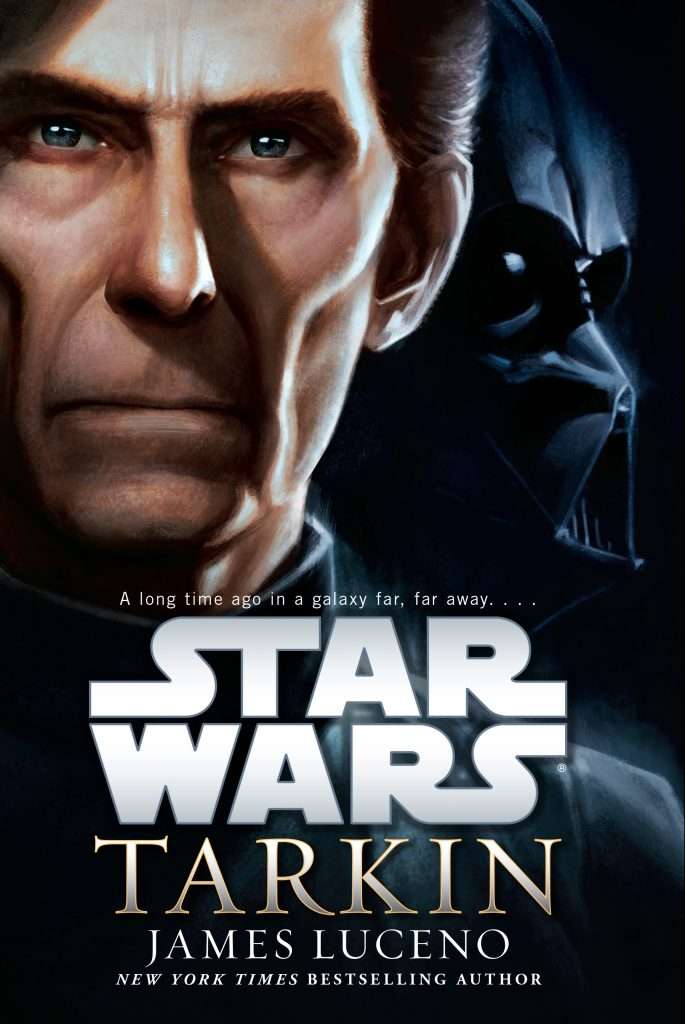 The story behind the first series of books in the new canon is interesting. The author, Chuck Wendig, got the job to write the Aftermath Trilogy after a series of posts on his personal Twitter in which he insisted on writing a Star Wars novel.

As for the novels, they focus on the period shortly after the Original trilogy and introduces numerous new characters. Even so, we also get a fair amount of our favorite main characters and we also meet an unexpected Prequel character that is definitely not among the fan-favorites.

Overall, these three books answer all the important questions that you may have about the period between the Original Trilogy and the Sequel Trilogy. Most importantly, why is there a new Resistance and how did the First Order came to be. 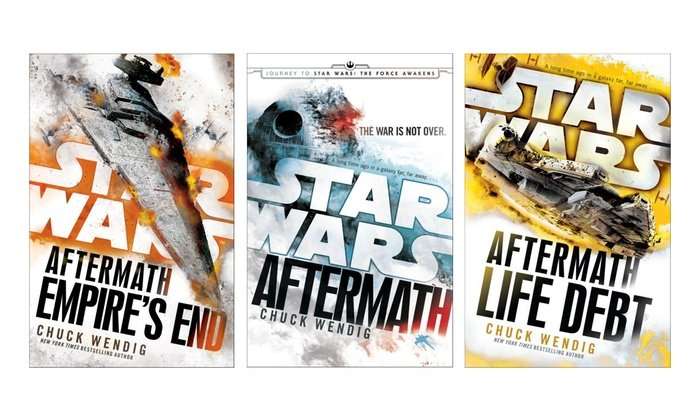 Have you ever wondered about the story of Ahsoka in the years between The Clone Wars and Rebels? Even if you haven’t watched any of the animation series, I guarantee you will want to after you get introduced to one of the greatest characters in Star Wars that has not appeared in the movies.

Overall, you will follow Ahsoka’s path after Order 66 and how she became a key figure in the founding of the Rebel Alliance. All your questions after watching Rebels will be answered and her whole appearance there will be far more meaningful.

In other words, this is a novel for all Star Wars fans. Prequel fans will appreciate all the dear moments throughout the novel that explain Ahsoka’s feelings towards losing her friends and family while the Original Trilogy fans will get to know more about the new canon version of the beginning of the Rebellion. 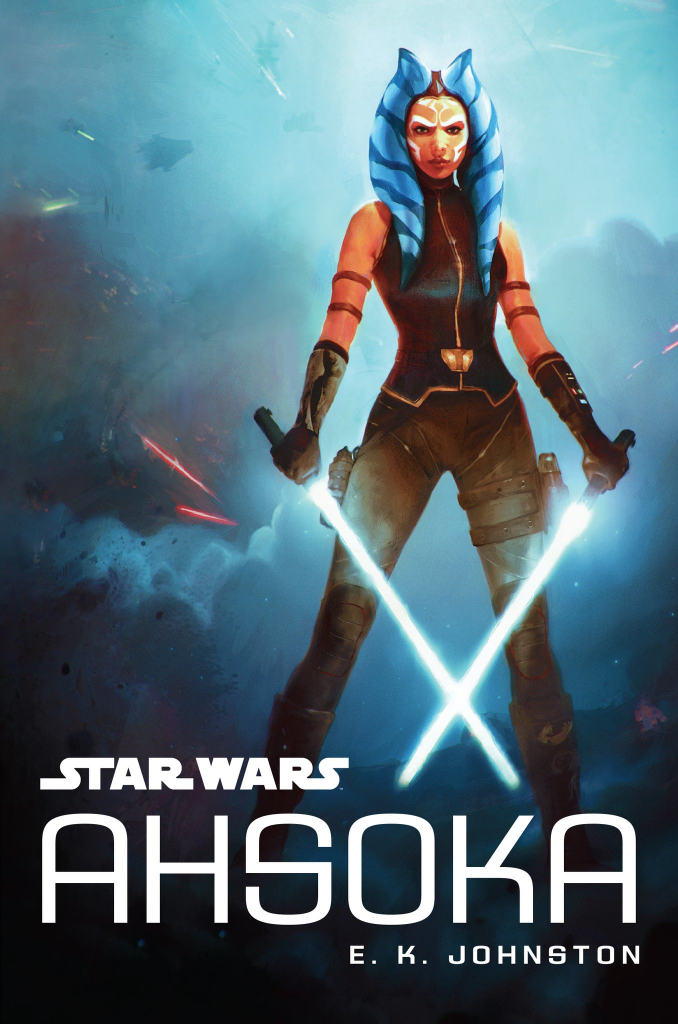 2. Lords of the Sith

Even with a large number of movies and animated series out today, the relationship between Vader and Emperor Palpatine has never been explored. This book will take you on a journey with the two powerful Sith Lords as they go on a personal mission to a distant planet called Ryloth.

Before anything else, you will finally see Palpatine in action and get to know him as more than just a powerful Sith Lord and Emperor. Then, you will see how turbulent the relationship between him and Vader is and you will follow them through their struggles to survive together.

Overall, it is an action-packed story that gives us the desired characterization of our favorite Sith Lords. And since it takes place shortly after the establishment of the new Empire, you will witness a troubled Vader that still possesses some of Anakin’s most distinguishable characteristics. 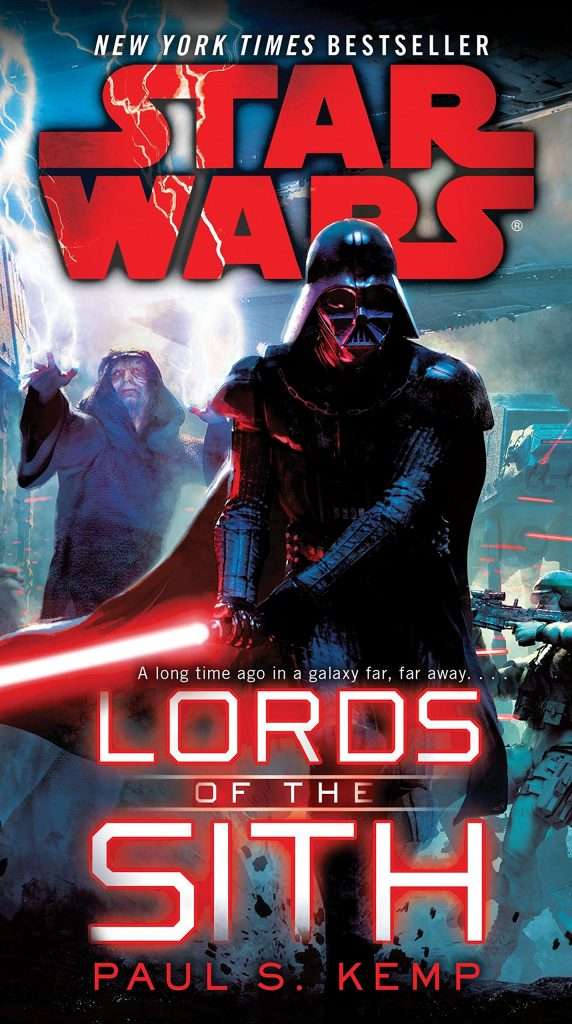 Ever since the original Thrawn Trilogy came out in the 90s, Grand Admiral Thrawn has been a legendary character in the Star Wars universe. Now that the original trilogy of books is no longer canon, Timothy Zahn, the original author, was again given the authority over the new canon story of the character he invented decades ago. And thus, we received three novels that further proved his mastery in storytelling and gave us more of our favorite Grand Admiral.

Since we want to leave all the fun to you, we will not go in-depth with the stories from the books. In short, you will know the entire story of the Grand Admiral – from the time he was found by an Imperial Scouting party, through his entire path to the highest ranks and his relationship with Darth Vader which dates back all the way to the years of the Clone Wars.

To end things on a high note, we have to mention the upcoming first book of the brand new Thrawn Ascendancy trilogy, once again by Timothy Zahn, which will focus on his origins within the mysterious Chiss Ascendancy. All in all, the future of Star Wars is bright when it comes to novelizations. I realize not everyone is satisfied with the movie productions but I can guarantee that the new canon Star Wars books have not yet disappointed. 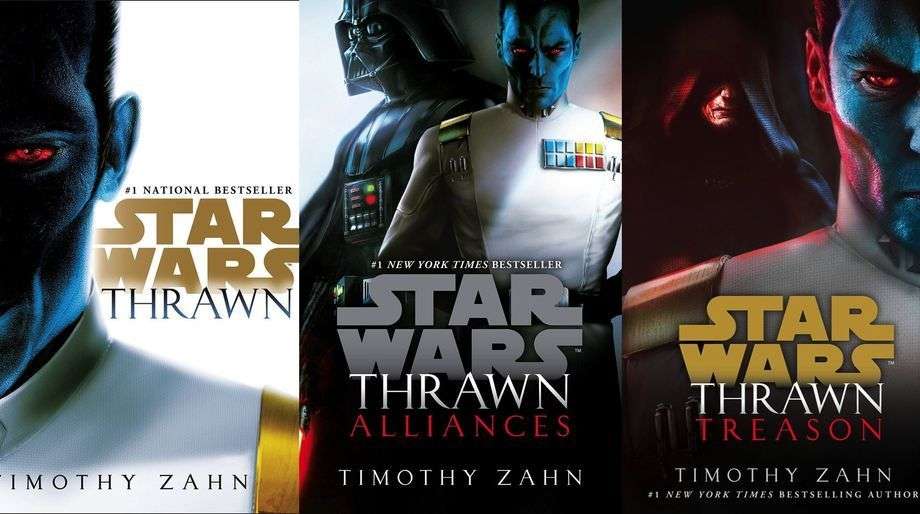 I cannot be the only one who was relieved to see Lando survive the Sequel Trilogy. Who knows, they even left the door open for a side story about him and Jannah. At least to me, it looked like they were teasing a father-daughter moment there at the end of the movie.

Anyway, Lando’s Luck is a book that focuses on a time long before the Sequel Trilogy when Lando was still the owner of the Millennium Falcon. I cannot tell you a lot about the plot but expect countless entertaining moments that will make you laugh and a surprisingly adventurous story.

If you enjoyed the way Lando looked in Solo: A Star Wars Story and you wish L3-37 received more time to shine, then go and grab this book immediately. 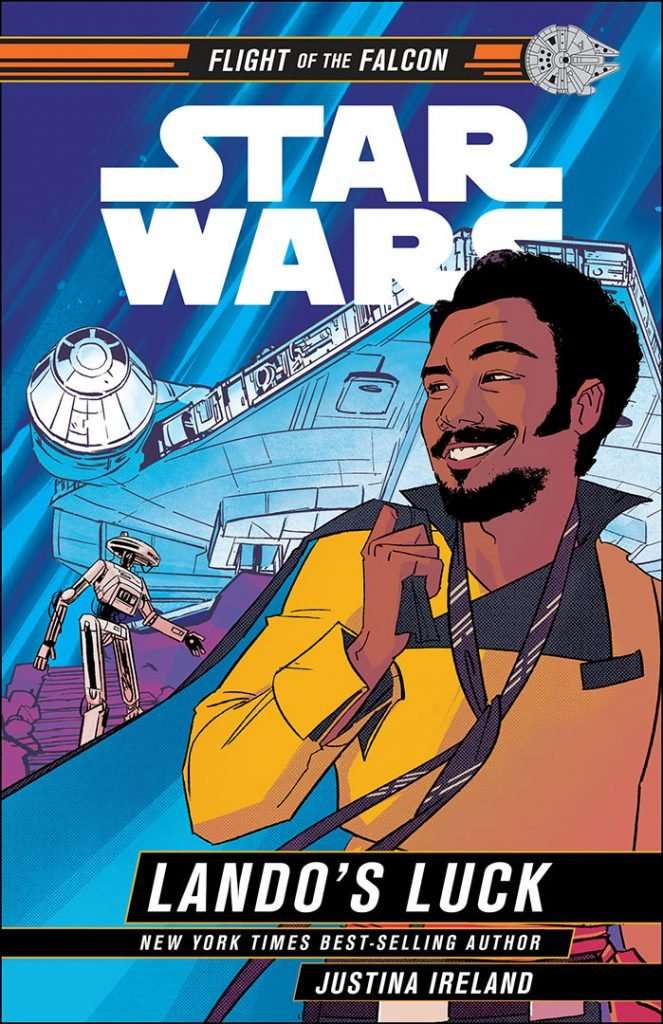 In these times when there is no upcoming movie to look forward, we can all focus our attention on the outstanding side stories that can be found in the Star Wars novelizations. I feel like more people need to appreciate the novels as they often present stories that are far superior to those we see in the movies.

This list is a clear example of the diversity of the Star Wars universe and we have selected novels that would suit all the different tastes. The de-canonization of the old Expanded Universe was a bummer but Disney has done an outstanding job with the new canon and there is so much more to look forward with the latest announcements.