Get ready to feast your eyes on one of the biggest Star Wars collections in Britain, if not the biggest.

The collection belongs to Keith Guppy, and you will see that over the years Keith has amassed a huge collection, with a whole range of collectibles from vintage Kenner, right up to the modern Vintage Collection. 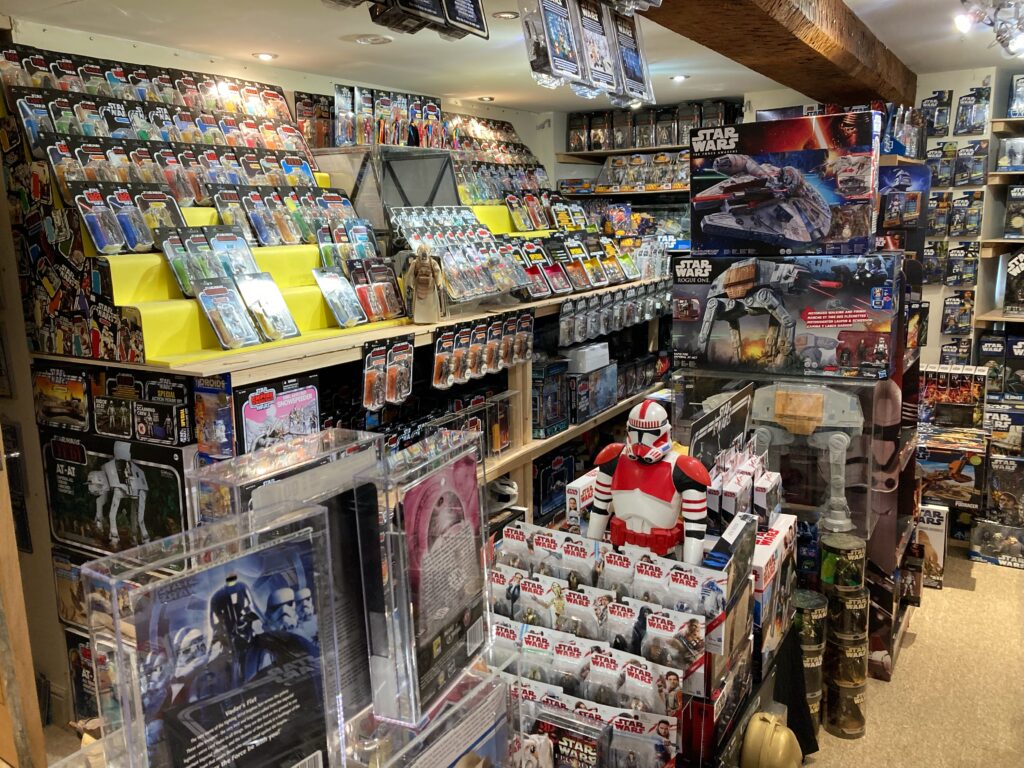 Keith has been a Star Wars fan pretty much his whole life, and like many of us, he has never lost the love for Star Wars. So let’s get to know him a little better and check out his awesome collection.

When did you first see Star Wars and which is your favourite film?

I think I first watched A New Hope on Christmas day, at home in 1982. But my real first memories were waiting for The Empire Strikes Back to be released on VHS in 1984. I was only able to catch Return of the Jedi in the local Cinema with my father.

My favourite film in the franchise is still The Empire Strikes back, it has everything.

Who is your favourite character in Star Wars?

My favourite character now is definitely Boba Fett and I have a small area in my collection room dedicated to him. I loved Han Solo and was gutted when he died, I loved his sarcasm and honor! 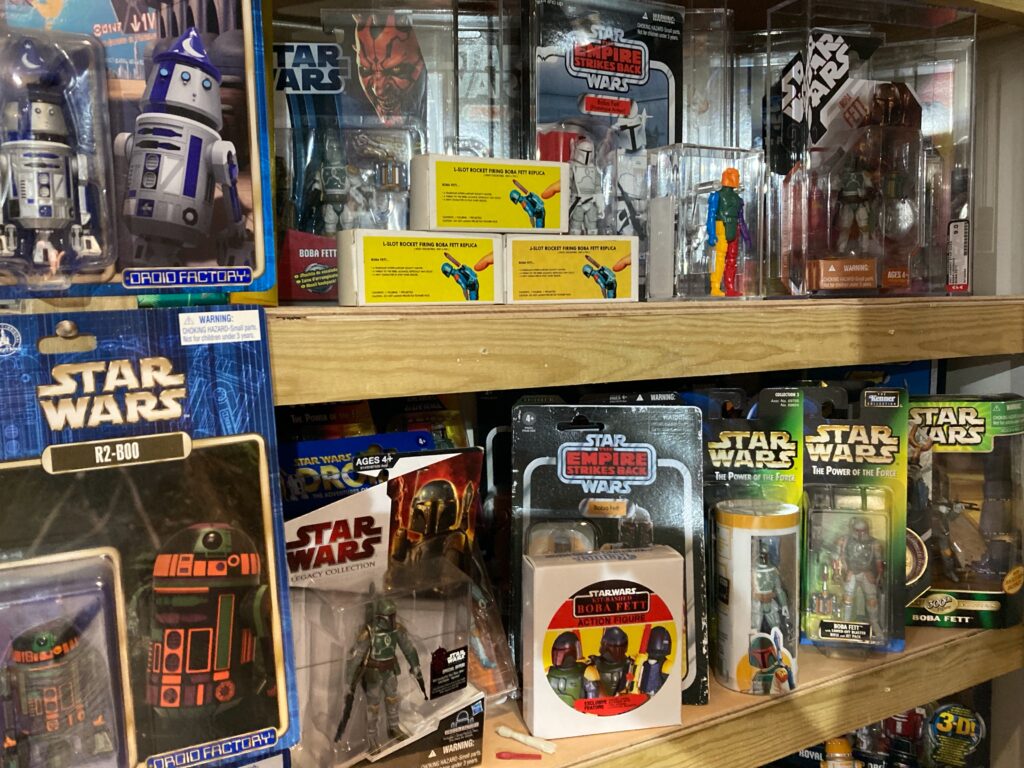 How long have you been collecting?

I started collecting around 1982. One of my first memories was going to my local Tesco at about age 9 and loosening the bubbles so the guns would drop out. Tesco, Argos and Kays catalogue were my only ways to get Star Wars in those days. 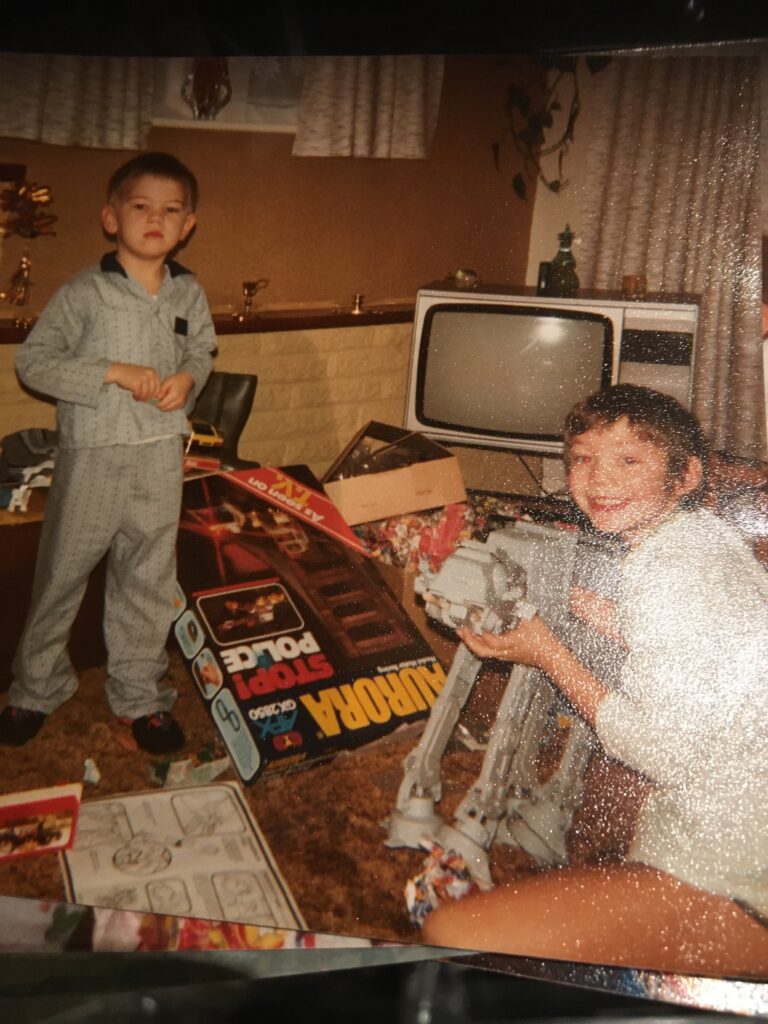 Which was your first Star Wars figure?

My very first figure was R2-D2, I still have him now. You can see him in the corner of the picture on Xmas day back in 1982. I also have the Ewok Village I was given by my late Nan on Xmas 1983 and is a treasured possession. 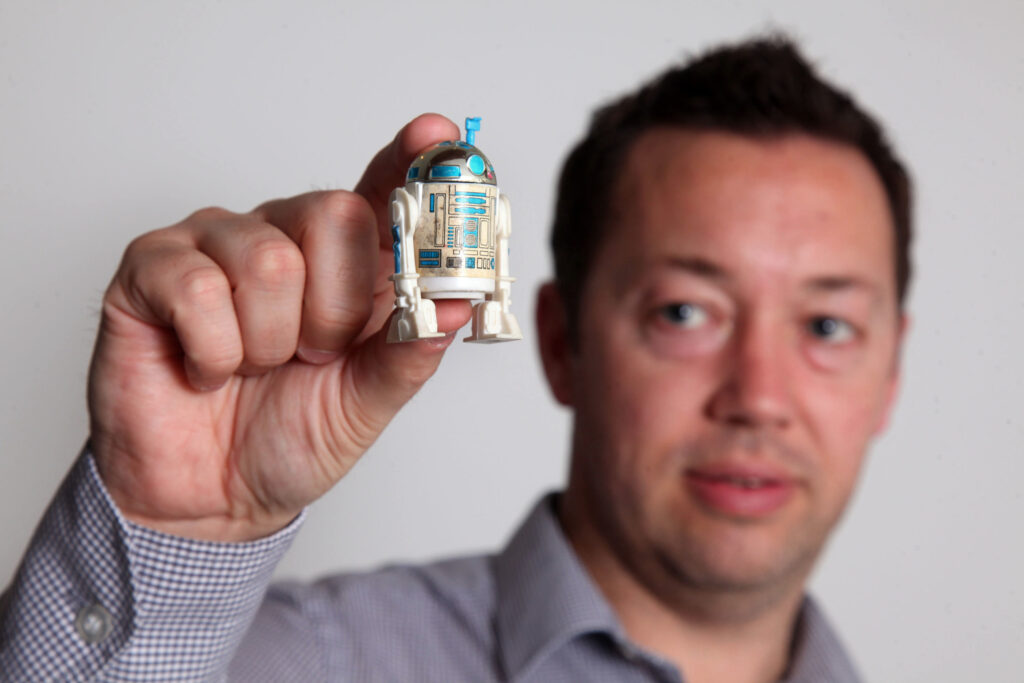 Which is your favourite figure?

After Boba Fett I love all the obscure figures from the Legacy, SAGA and Trilogy collection such as the rare Cantina figures. Myo, Dannik Jerriko and Hem Dazon and also the rare Jed. Such as Yarell Poof, Sora Bulq and Foul Moudama.

The new clones in The Vintage collection are all great as well. 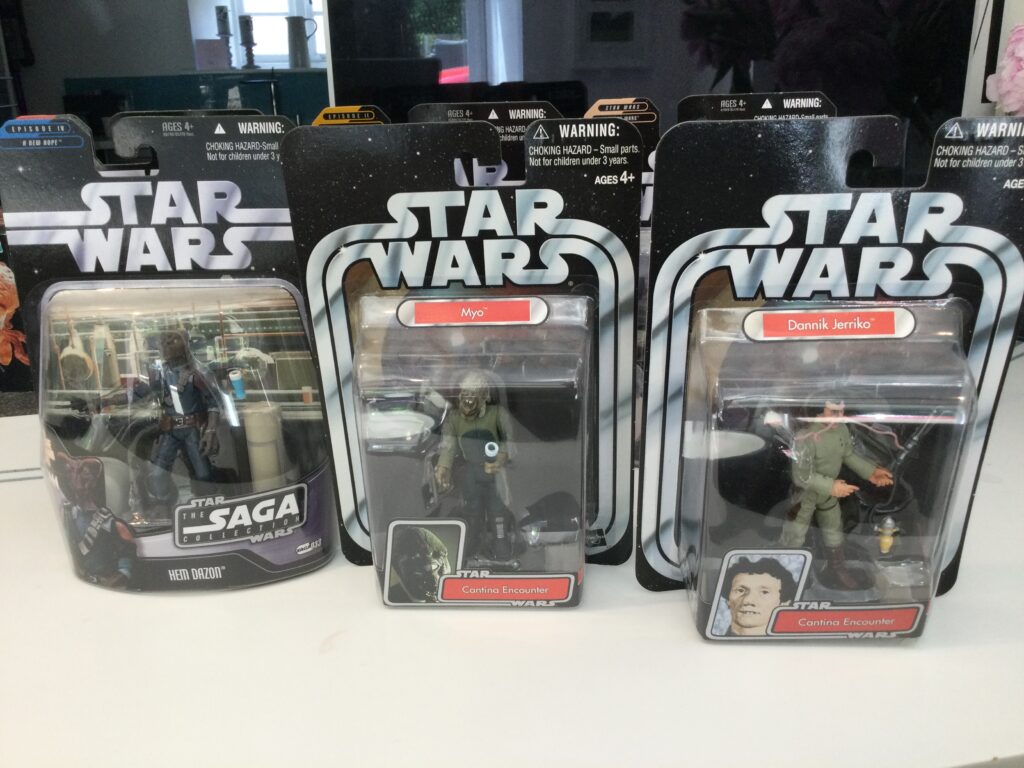 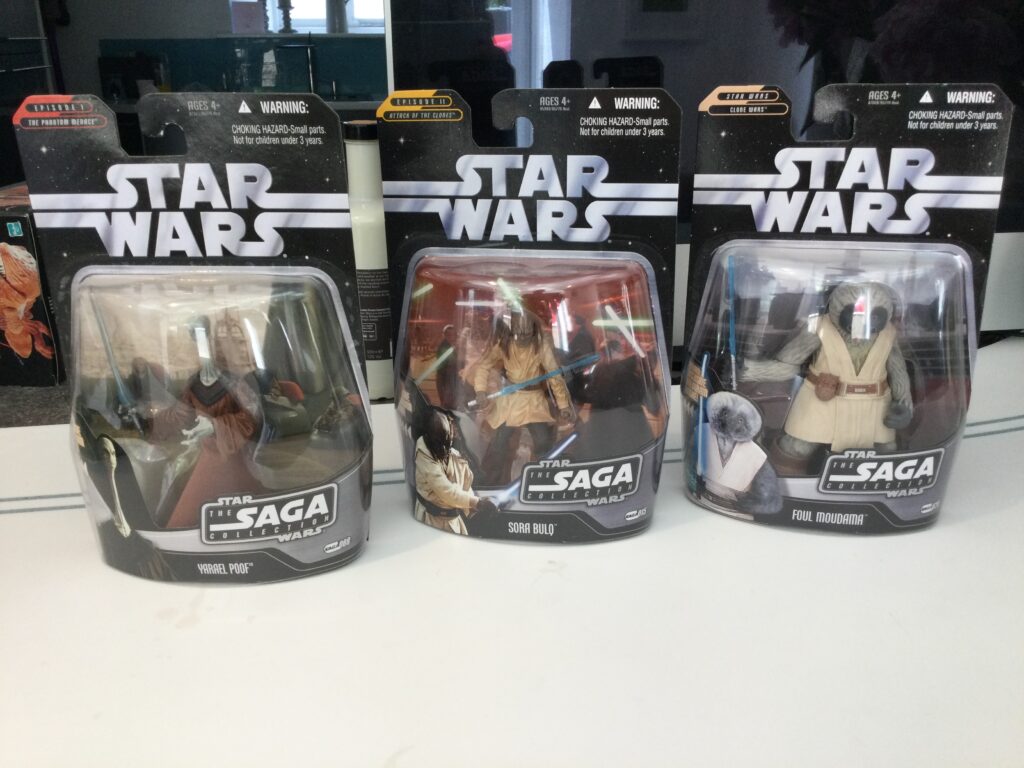 Currently its probably my 2011 Comic Con Revenge of the Jedi Death Star set which is graded AFA 85. I also have over 150 graded Modern figures. 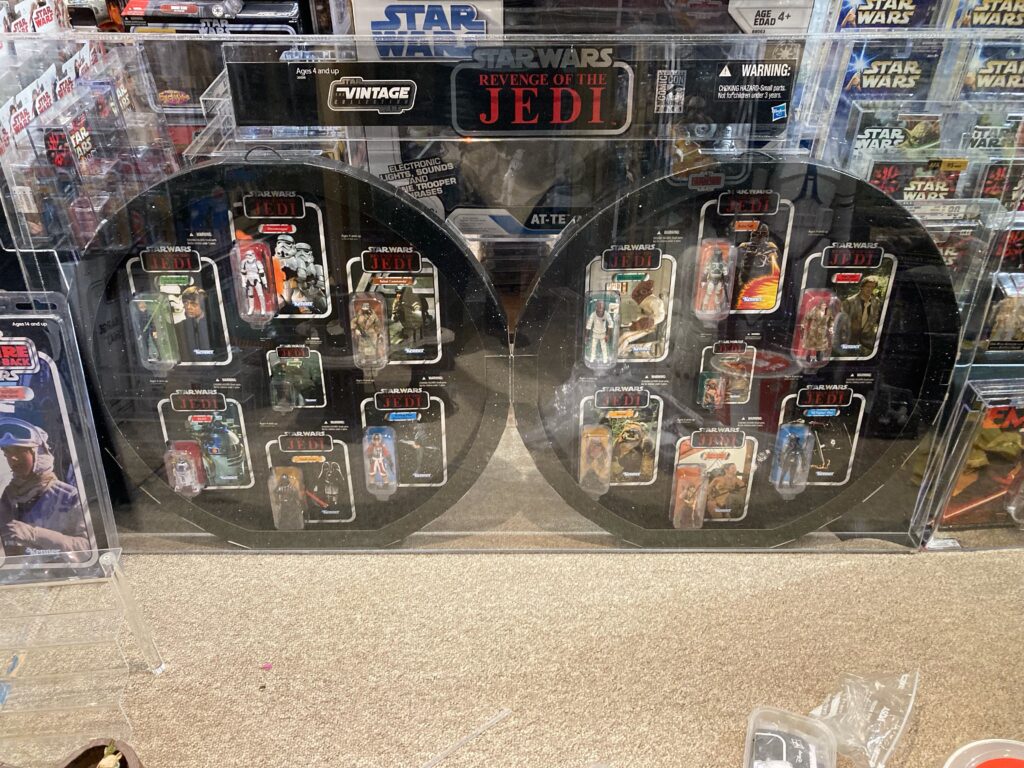 Do you have a focus?

Not really, I love graded figures and the way they are presented. I do have a focus area for Boba Fett and Droids but I don’t hunt down everything. 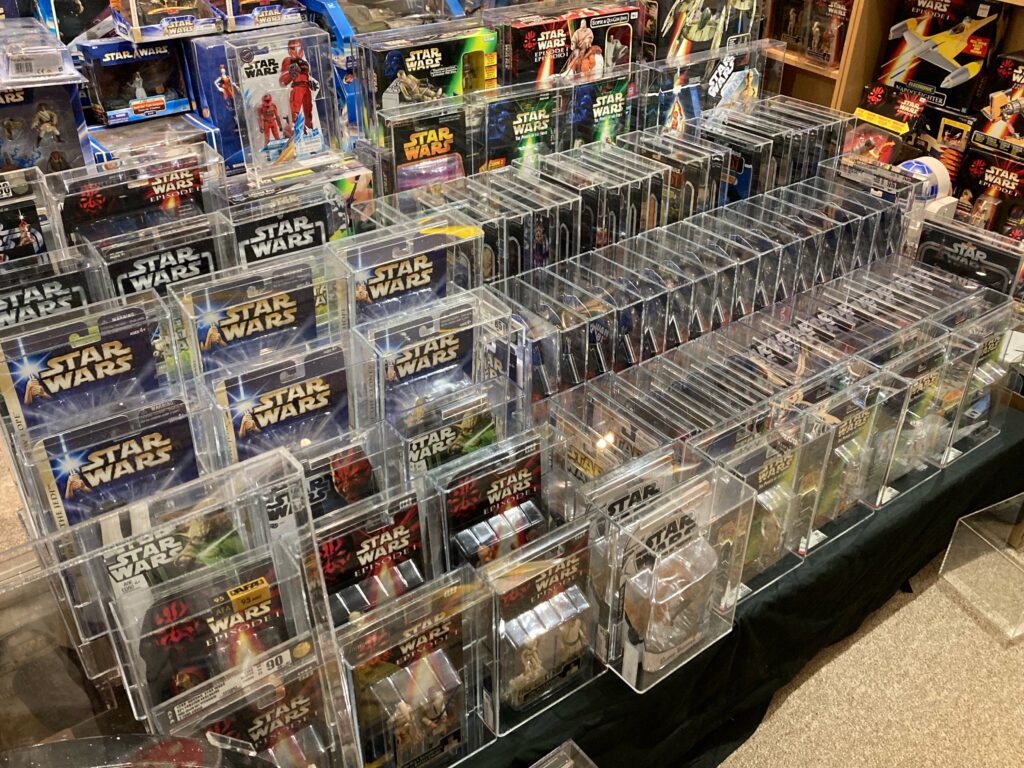 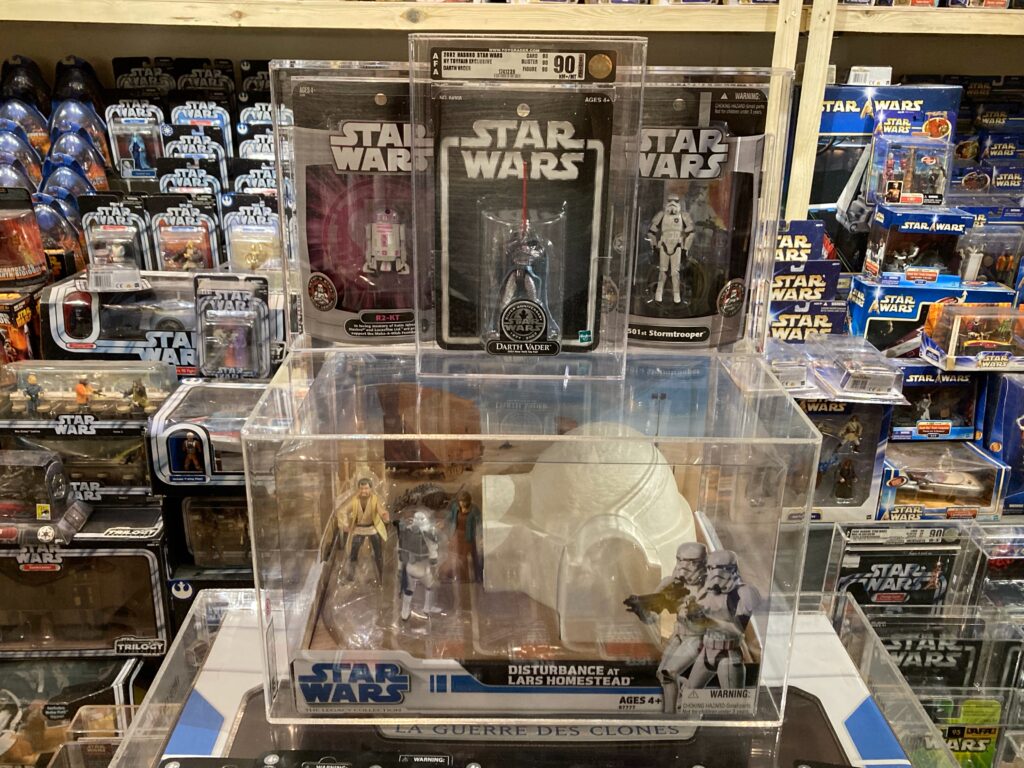 What is the grail item that you are still on the lookout for?

You would be surprised to hear it’s not a 3.75″ figure. I have two life size Gentle Giant Monument figures which were produced in low numbers, just a few hundred. I have Darth Vader and a Stormtrooper but I would love to get Boba Fett and R2. I have never seen either come up for sale on the secondary market. 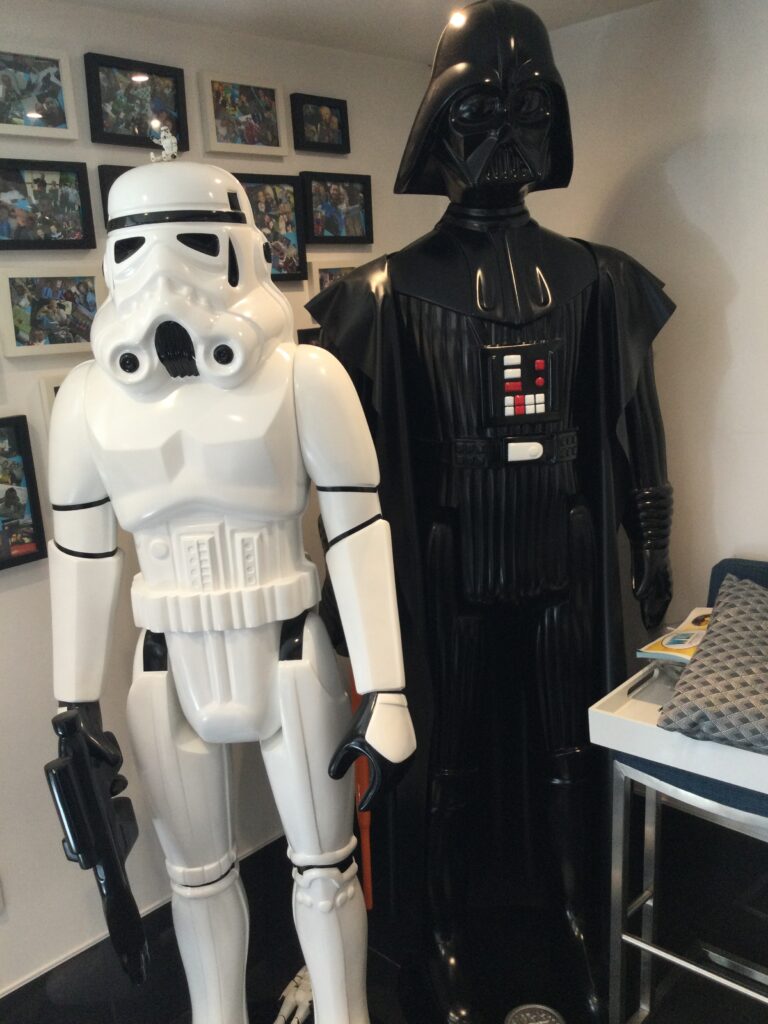 Any other information you can share about your collection?

In total I have over 1650 unopened figures and 400 playsets/ships and vehicles. I think I probably have about 99% of what has been released since the Power of the Force 2 line in 1995. Its kept on the second floor of my house in a 40m2 collection room and down our staircase! 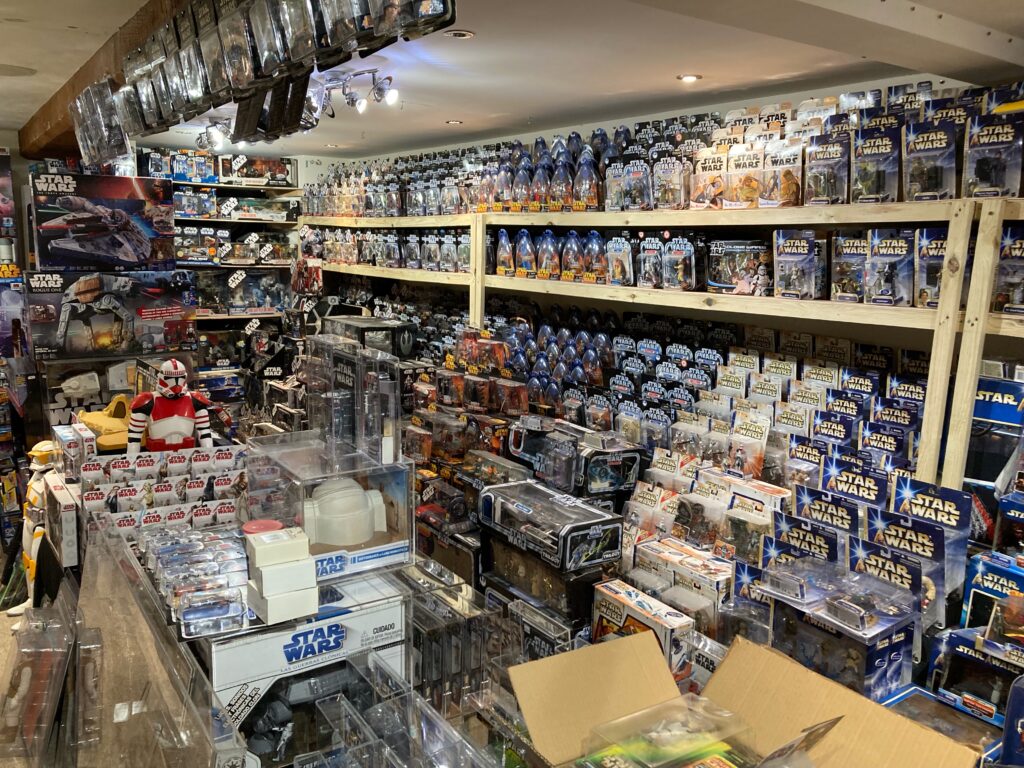 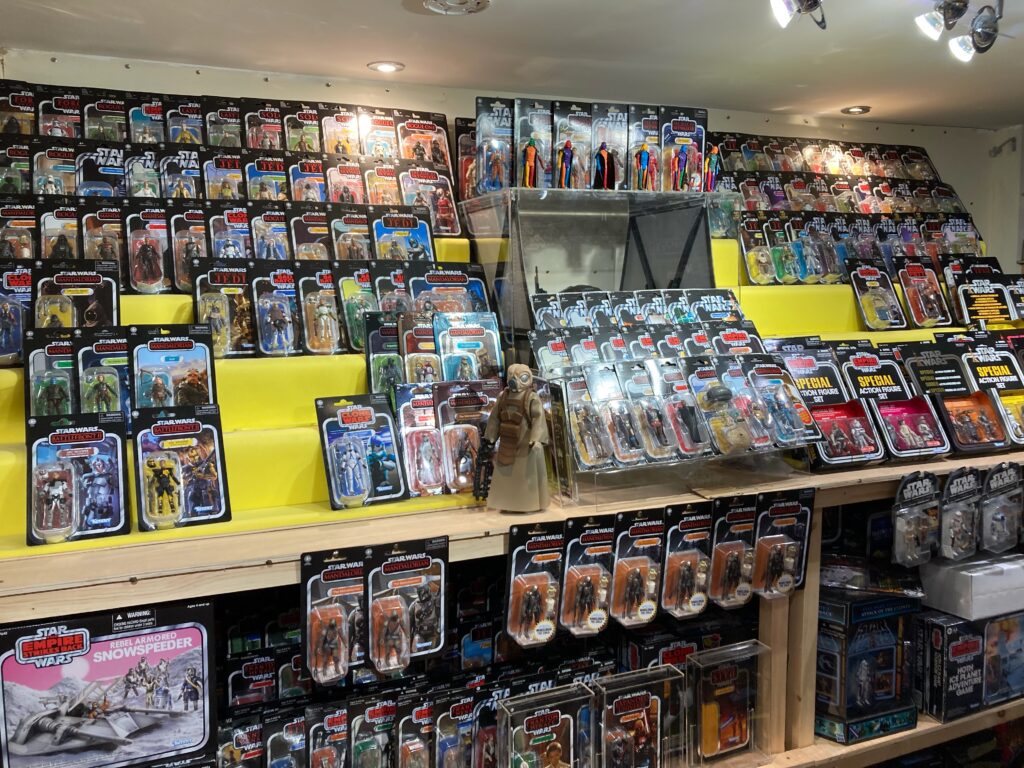 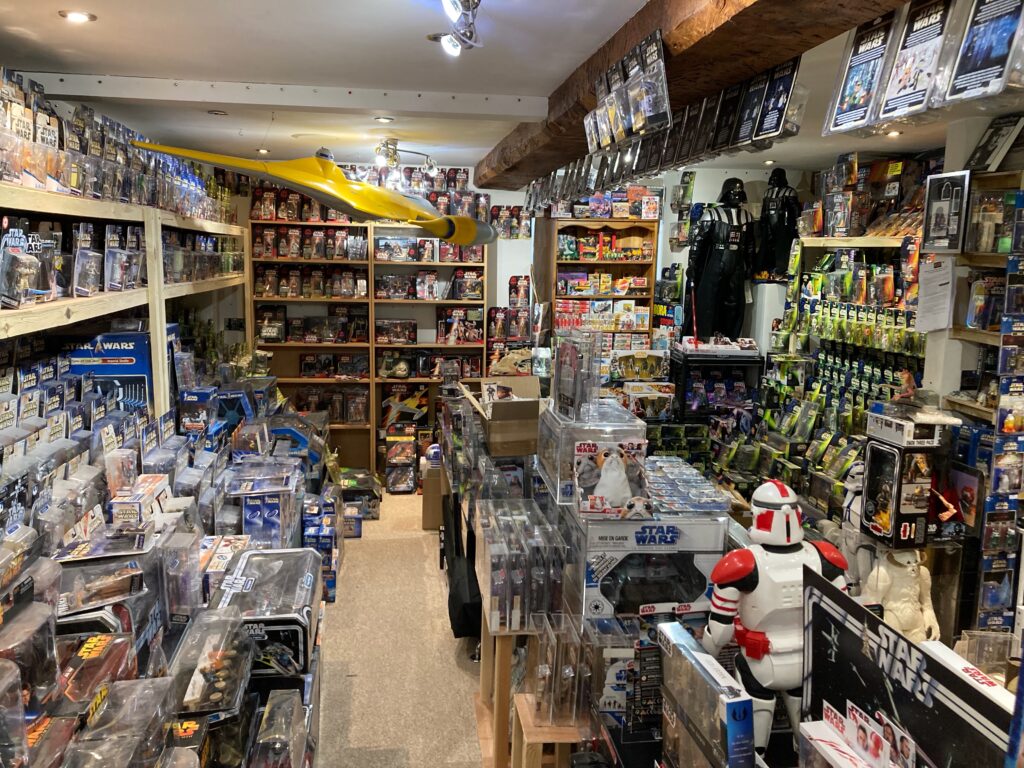 I was lucky enough to be asked to curate mini museums for the launch of the Argos toy line for the Force Awakens and for Vue Cinema for Solo. Both great experiences!

Thank you Keith, you truly have an amazing collection. We look forward to you adding to it over the next few years!