Introducing the latest action figure variant cover for Star Wars issue #31 – Luke Skywalker in his Bespin fatigues from The Empire Strikes Back. Once again artist John Tyler Christopher captures this action figure in a fun and nostalgic way. The detail in the artwork is flawless, mimicking the figure perfectly, right down to Luke’s yellow hair and yellow lightsaber. As most Star Wars fans will know, in the films Luke Skywalker was in possession of a blue lightsaber (until he got his hand chopped off by his father (Spoiler alert) Darth Vader. 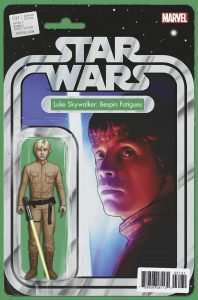 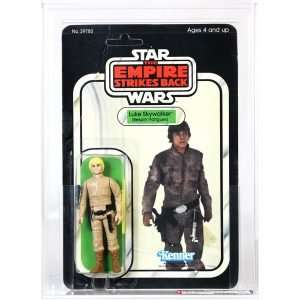 If you are a collector then you might want to check out my Star Wars action figure variant checklist to make sure you have them all!