“Uh Wuna Wonga” Here we have the action figure variant cover for Star Wars #45 featuring Bib Fortuna. John Tyler Christopher has surprised us by moving on to characters from the Return of the Jedi with a couple still to be featured from the Empire Strikes Back – perhaps they are being saved for a special issue.

I have to admit I have been looking forward to the ROTJ characters with some great ones on the horizon. The Biker Scout and Gamorrean Guard to name a few. Exciting times ahead!

As for Bib Fortuna, John Tyler Christopher has captured the character perfectly on the card art with the figure itself looking exceptional. Star Wars issue 45 will be available to buy on the 21st March 2018.

Some side news: it has been confirmed will be getting an action figure variant for the new Lando: Double or Nothing comic which is released at the end of May 2018 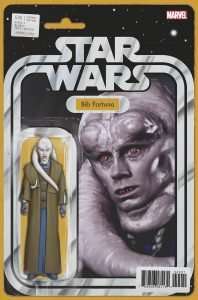 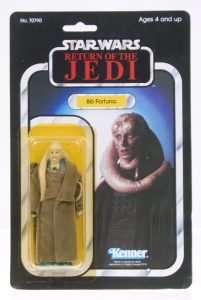 This cover has been added to the action figure variant checklist.