There is only one known character to use an indigo lightsaber in both Star Wars canon and legends. That character is Cal Kestis, from the game Star Wars Jedi: Fallen Order. Cal is the lead character in the game and is a force-sensitive human who eventually becomes a Jedi knight.

On the color spectrum, indigo lies somewhere between blue and purple. As such, the color indigo may symbolize things from both of those colors. Until we have more characters who have an indigo lightsaber, it will be impossible to know for sure how that symbolism will affect the characters in question.

This article will cover the lore of indigo lightsabers as well as which characters have been seen to use an indigo lightsaber and what indigo means in relation to the great Star Wars universe. 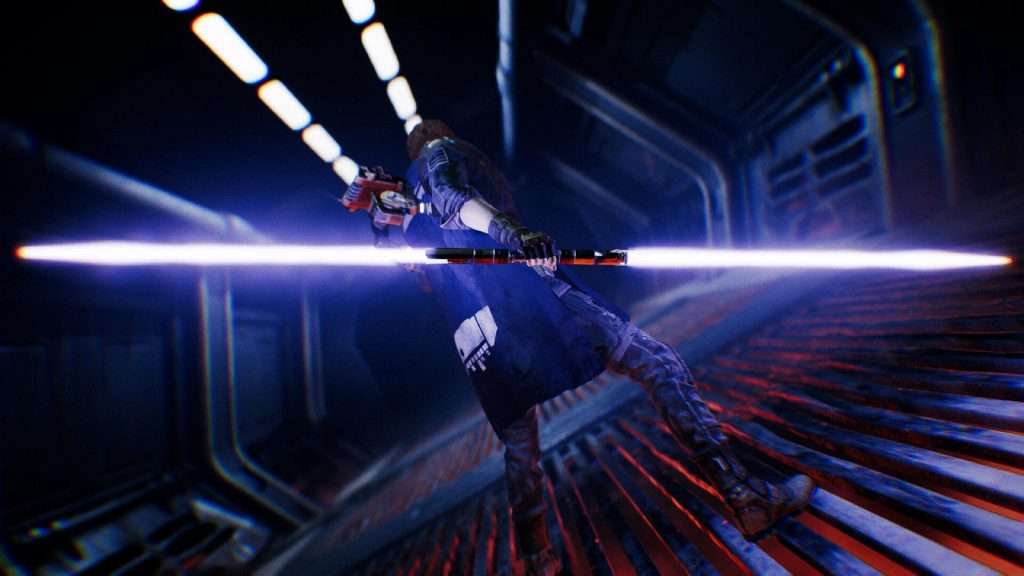 Check out this list of neopixel lightsaber companies so you can own your very own indigo lightsaber!

The Meaning of Indigo

In color theory, indigo can mean wisdom, spirituality, calm, and intuition. If the color does make its way further into Star Wars canon, it is a good bet that it would be seen either in more diplomatic characters or those in more spiritual roles where they rely on their intuition.

The color of indigo lies somewhere in between blue and purple and is one of the seven colors that is traditionally used to paint a rainbow. The color indigo is named after the plant indigo, which was used for dying cloth the same deep purple color.

As mentioned above, there is only one canon character to have an indigo lightsaber within the Star Wars Canon, and that is in the game Star Wars: Fallen Order. In the game, the playable character Cal Kestis is able to use an indigo lightsaber, as indigo is one of eight playable blade colors in the game. In the game, Cal was a Jedi Padawan during the time of the clone wars. As such, he finds himself on the run from the empire, and over the course of the game, he meets his true destiny of becoming a Jedi Knight.