As early as Star Wars A New Hope, we’ve had mentions of the mysterious “Spice.” C-3PO during one of his many trademark freakout moments envisions him and R2 being “sent to the Spice Mines of Kessel” and “smashed into who knows what,” while Luke laughs off Obi-Wan’s suggestion that his father was a pilot during the Clone Wars

“No, my father wasn’t in the Wars. He was a navigator on a Spice freighter.”

True fanatics of the franchise could probably recite all the dialogue from Episode IV word for word, but has anyone ever wondered what is Spice in the first place?

Luckily, we are given much more context in later canon films and shows, helping us understand all there is to know about Spice. 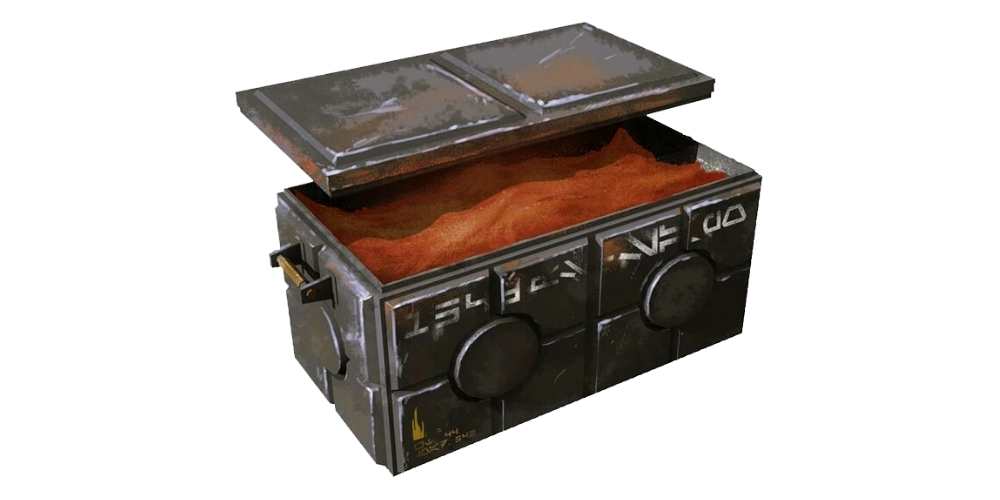 In the most common use of the word, “Spice” is a dangerous illegal drug used recreationally by criminals throughout the Star Wars galaxy. Although there are various types of Spice, the most commonly used and encountered version is “Sansanna spice”, which appears as a rust-colored, red-orange dust that stains the fingers, faces, and clothing of heavy users. Other varieties include Ryll and Glitterstim.

In order to create this narcotic, it is necessary first to mine ore from Spice Mines throughout the galaxy and refine it. In A New Hope, we learn there are Spice Mines on Kessel, which are notorious for treating droids cruelly, but we later learn there are mines on Naboo and Ryll as well.

While the most typical use of Spice is illegal and recreational, the drug also has medicinal properties for legitimate use as well. It 100% depends on the process in which you refine that all-essential ore after it is mined.

How is Spice traded?

During the events of A New Hope, the Galactic Empire has regulated Spice trade for medicinal usages of the drug, which is why Luke doesn’t bat an eyelash when Uncle Owen essentially tells him that his father guided ships carrying drugs.

However, most of the Spice trade is for black market sale and illicit use. Smugglers like Han Solo pick up massive cargo loads of Spice for various organized crime syndications including the Hutt Family and the Pyke Syndicate, most notably.

In fact, the reason Solo is indebted to Jabba in Episode IV is because he dropped a sizable load of Spice when he feared being boarded by Imperials. Black market trade of Spice is illegal by the Galactic Empire’s decree, most likely because they want a stake of every profit made from its sale and smugglers impact their bottom line. How much does Spice cost?

In short, Spice is very costly and valuable in the Star Wars galaxy. To expand, Star Wars provides numerous metrics to establish its worth.

One of the most concrete metrics is provided in Star Wars: The Clone Wars when Hondo captures Count Dooku and demands the Spice equivalent of one million Galactic Credits, for which he would turn Dooku over to the Jedi.

Per this negotiation, the Jedi produced the Spice equivalent of one million Credits, which amounted to 25kg of Spice. Some quick math, and we calculate that a single kilogram of Spice costs 40,000 Galactic Credits.

It’s possible this figure ebbs and flows as time goes. For instance, we know Han Solo owes Jabba for spilling Spice to save his hide. We don’t know exactly how much, but we know Solo charges Obi-Wan, Luke, and the droids 17,000 credits for their safe passage to Alderaan. 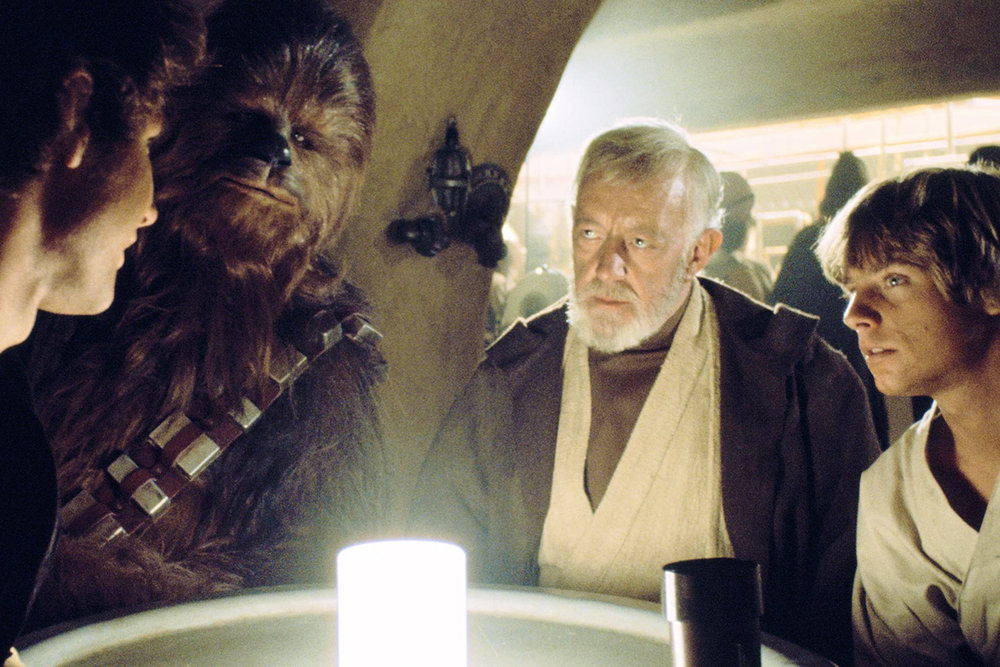 Unless Han is really bad at math and basic financial logistics, we can reasonably assume his debt to Jabba is less than 17,000, since he’d probably want to walk away with a profit.

So either he was carrying approximately one pound of Spice when he jettisoned the cargo load or the price dropped significantly after the Clone Wars concluded.

How does Spice contribute to crime?

The Galactic Empire would have you believe that all regulated trade of Spice is ethical and solely used for medicinal purposes for the health and well-being of the Empire’s subjects.

But come on now. Do you really think Palpatine cares who has access to medicine? He commissioned a space station that blows up planets for cripes sake!

Let’s not even worry about the vast criminal network that Spice trade supports and first discuss the horrific unethical conditions of the infamous Kessel Spice Mines. Although we only get mentions in A New Hope of Kessel, we understand through context that it’s not a happy place for droids.

As it would turn out, it’s not a happy place for basically anybody. We get our first look at Kessel in Star Wars Rebels: Spark of Rebellion, Star Wars Rebels, Solo: A Star Wars Story, and Star Wars: The Clone Wars, and what we see is appalling. 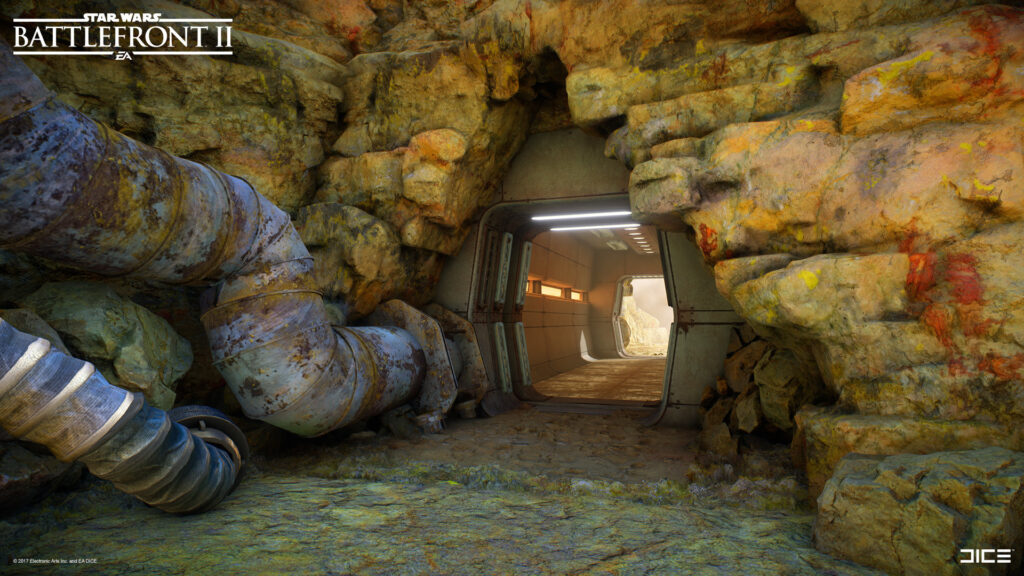 The mines are dirty, dingy, and dust is literally everywhere. We know that small doses of inhaled Spice dust will produce mild discomfort, but its omnipresence in the Mines leads us to conclude that the workers are doing major damage to their respiratory and nervous systems.

The climate at the Kessel Mines is dry and arid as well, contributing to dehydration and exhaustion of the slave laborers. The slave workforce is diverse including humans, Twi’leks, Dwuni, and Gigorans, but eventually enslaved Wookiees are brought in from the temperate forest planet Kashyyyk.

For the Wookiees, being carted away from their lush, humid, relatively temperate environment and crammed into a hot, dry dust bowl is a recipe for disaster, and they die in droves. But that’s not all for the casualty count.

Slaves must move heavy buckets manually to transport the Spice to cargo holds. We see some droids assisting, most of which are outfitted with inhibitor chips, but mostly the slaves must move product without the use of tools or wagons or anything. Just lugging heavy objects back and forth, up a gigantic flight of stairs, and all the while being pushed to their absolute limits.

Under the Imperial banner, all this– the slave labor, the workplace conditions that lead to mass casualties, the wanton disregard for “human” life and all other enslaved species working there–is all legal.

Under Palpatine, the Empire not only allows but supports this unscrupulous operation.

The real impact of the Spice trade, however, can be seen by the wealth and status achieved by various organized crime families in the Star Wars galaxy.

In the original trilogy, we know that Han Solo smuggles all sorts of illicit materials, including Spice, for Jabba. Even as far back as The Phantom Menace, we see the Hutts’ influence on Tatooine as a major criminal presence that essentially leverages them as near royalty in the Outer Rim.

Jabba accumulated wealth through piracy, trafficking, the transport and sale of illegal goods. His criminal empire became vast and his presence remained intact after his murder at the hands of Leia Organa. First when his loyal compatriot Bib Fortuna assumed the throne and subsequently by his cousins, the “Hutt twins”, after Fortuna’s death.

Spice helped an obscure criminal keep an iron grip on an Outer Rim planet even in his death. 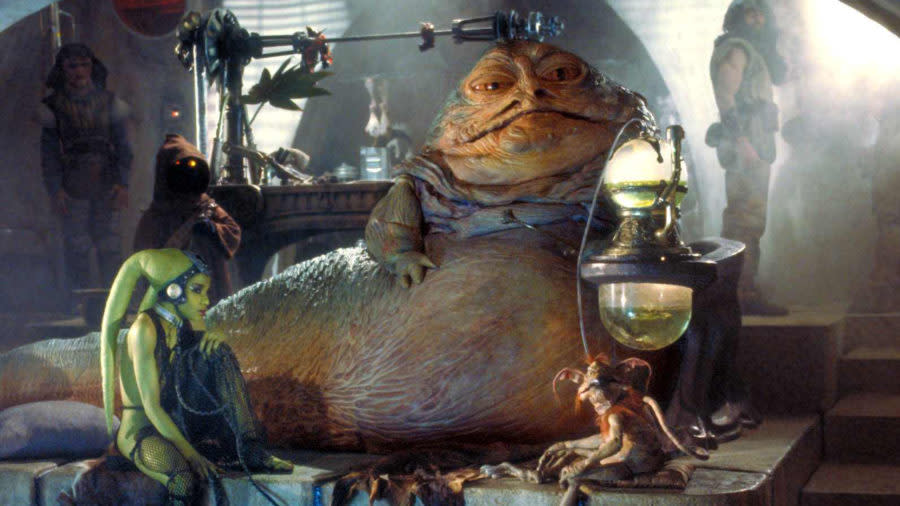 Whereas the Hutts gleaned some wealth and influence from the trade of Spice, the Pyke Syndicate are the ones actually running the operation to begin with, taking the lion’s share in the process and establishing them as a force to be reckoned with in the galaxy.

The Pyke Syndicate hail from the planet Oba Diah, which sits at the end of the Kessel Run smuggler’s route in close proximity to Kessel where their product is mined. This allows them to keep close tabs on the operation as well as evade the jurisdiction of the Jedi Council Galactic Senate, Republic, Empire, or whomever the powers that be may be at any given instance.

We see snippets of their influence in The Clone Wars, as seen by King Yaruba’s corruption, but we get our most detailed looks in the series The Book of Boba Fett which puts the iconic bounty hunter at odds with the Spice-running cartel, the Pykes, and positions them as the main antagonists of the series. Considering the history, it’s not surprising. While the Pykes were gaining influence in the Outer Rim, they were affiliated with numerous criminal organizations including Darth Maul’s Shadow Collective, Black Sun, and Crimson Dawn. Eventually pressuring the Hutts to enter the fold and become part of the overarching organization.

The Hutts sought autonomy and resisted the Pykes influence, but eventually they succumbed and became a cog in the Spice machine under the thumb of the Pykes. As such, it is alleged in The Book of Boba Fett that Jabba’s assets had been promised to the Pykes in the event of his death. This complicates matters since Boba Fett and Jabba’s cousins also sought to stake a claim on the criminal empire of Tatooine.

This establishes them as an overwhelming adversary with incredible power and influence, all against just Boba Fett. Luckily, the bounty hunter is able to find some allies to assist in a little resistance of his own.

When has Spice been seen or mentioned in Star Wars?

Spice is mentioned frequently in the Star Wars films and TV shows. In Attack of the Clones, Mace Windu posits that “disgruntled Spice miners on the moons of Naboo” may be behind a recent attempt on Amidalas life, but she correctly counters that she believes Dooku is the culprit.

In A New Hope, C-3PO and Luke both make mentions of Spice, while Han Solo infers his affiliation by flaunting his 12-second Kessel Run record.

In The Rise of Skywalker, it is revealed that Poe Dameron was a former Spice smuggler, just like Han Solo.

In more recent media, we get to physically see Spice and its influence. In Star Wars Rebels: Spark of Rebellion and Star Wars Rebels, we get an inside look at the conditions of the Kessel Spice Mines and the atrocities occurring there, whereas in Solo we revisit the location for our first live-action look at the notorious location. 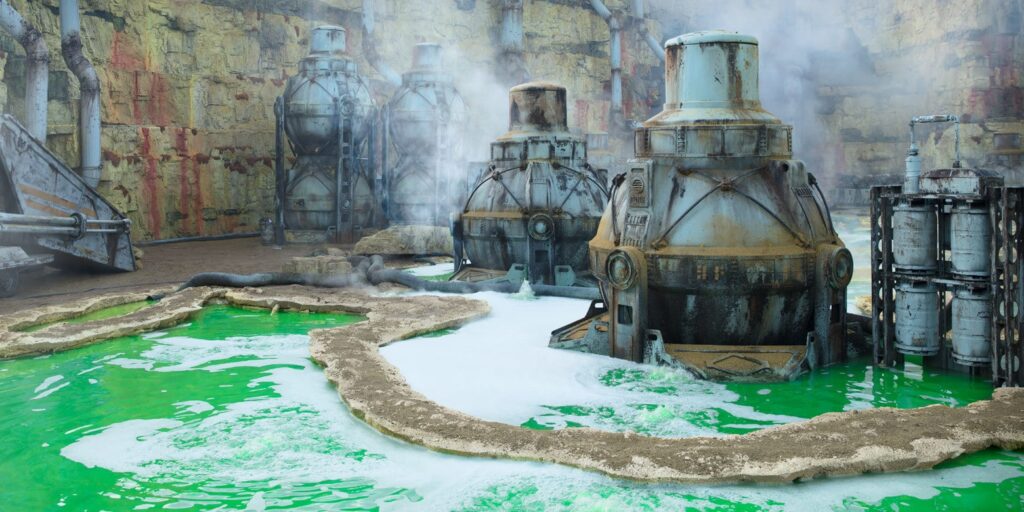 Even Ashoka from The Clone Wars animated series has a run-in with the Pykes and the Spice Mines of Kessel, learning firsthand about the organized crime, corruption, and seriously unethical conditions of the operation while working with smuggler friends Trace and Rafa.

Spice comes up as an escalating factor in The Bad Batch as well, when Jedi informant Cid comes into possession of a stolen case of Pyke’s Spice and the Bad Batch must sort things out before the criminal cartel comes to dish out some punishment.

Most recently, Boba Fett features in a series of his own wherein he and a group of vigilante’s from Tatooine’s Freetown battle back against the massive organized crime syndicate to resist their influence on the Outer Rim planet. In one scene, Cobb Vanth disposes of three Pyke runners, which leaves him a chest full of the illustrious Spice.