It’s that time of year again, it’s time for you, the fans, to vote for your most wanted Vintage Collection figure in the SWTVC March Madness bracket. 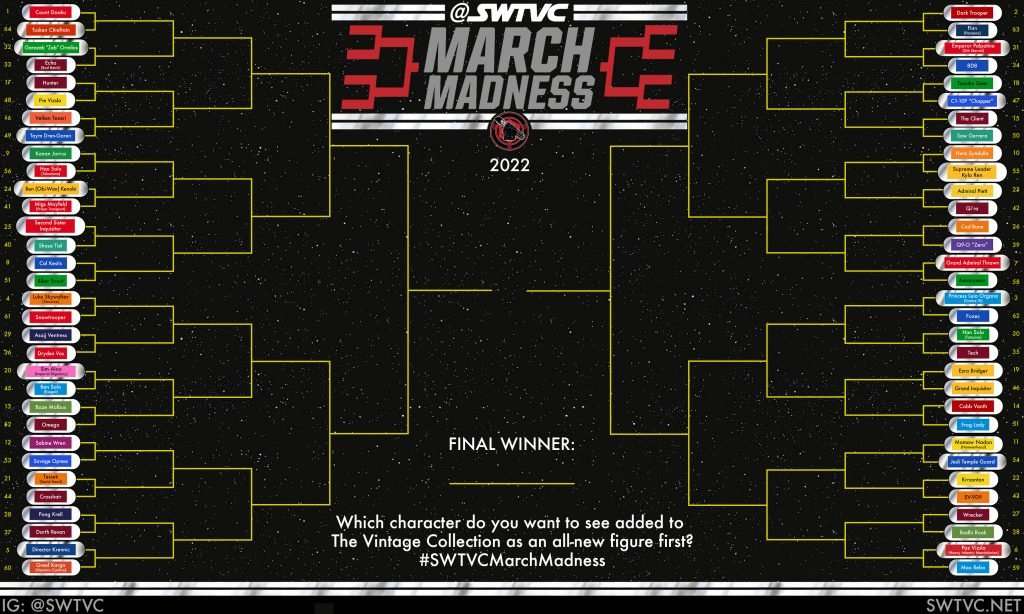 So what is the March Madness bracket? Well, think of it as a fun knockout tournament which pits Star Wars characters from all media up against each other. To eventually find the most wanted figure that Hasbro need to make in The Vintage Collection.

In January, over 400 of your top 25 most wanted lists were submitted across @SWTVC on Instagram, The Vintage Collection Facebook group, Banthaskull.com and Jedi Temple Archives.

The data was painfully pulled together with each character being seeded for the bracket. The top ranked character is matched against the lowest ranked, and it works its way towards the middle. The winner of each matchup will advance to the next round.

Voting will begin on 7th March in the SWTVC Instagram stories so be sure to follow them, take part and have your say!

Until then you can download your own copy of the bracket, fill it out and post your results online. Be sure to use the hashtag #SWTVCMarchMadness