Here we have the John Tyler Christopher action figure variant cover for Star Wars issue 49. The Emperor’s Royal Guard is the chosen character and yet again it’s another fine piece of artwork. We are now well into chracters from Star Wars: Episode VI, with some amazing characters still to look forward to.

This particular cover forces its way into my favorites. I always loved the look of the Royal Guards, both in the film and as an ation figure. Back in the day you had to have two of these guys so they could flank the Emporer. JTC has done a great job on the card back art with the Royal Guard standing there as shiny as can be. The red really pops. The figure art as always looks on point with the detail of the bubble making it look realistic. 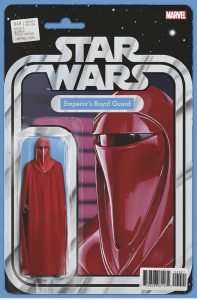 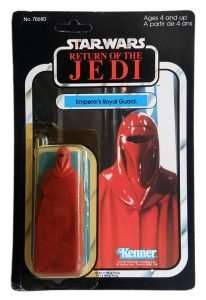 This cover has been added to my checklist for all of the John Tyler Christopher action figure variants.