The B-Wing Fighter was a single-pilot assault starfighter and bomber used by the Rebel Alliance. With little to no screen time and a few mentions in other sources, it is not your common fan-favorite ship despite being one of the more common ones in the Rebel fleet.

Even with a design that can hardly impress, we have received four variations of this ship in LEGO and honestly, most have been nothing but great sets. Let’s see what the B-Wing has to offer and which LEGO Star Wars B-Wing set is the best.

LEGO wasted no time with the B-Wing and released the first-ever version in 2000. Clearly, it has almost nothing in common with any of the following versions apart from the shape.

The overall design with this one was quite primitive, the ship itself was quite small and came out in a strange combination of colors. Obviously, the LEGO Star Wars theme was at an early stage and with larger brick pieces this is what they were able to create. Nevertheless, they could have given us a few more pieces into making the wings a bit thicker. The ship was sturdy enough but it did not look good with the thin wings.

The Rebel Control Center, however, I consider as quite pointless as it took up most of the pieces that the set included. In other words, the B-Wing was so thin because most of the piece count was used to build the separate sections of the control center. The design was good, nevertheless, and made for a fun play set.

Overall, this is a cool set to have in your collection that perhaps was considered good back in the day but does not stand anywhere near the newer versions of the B-Wing Starfighter. 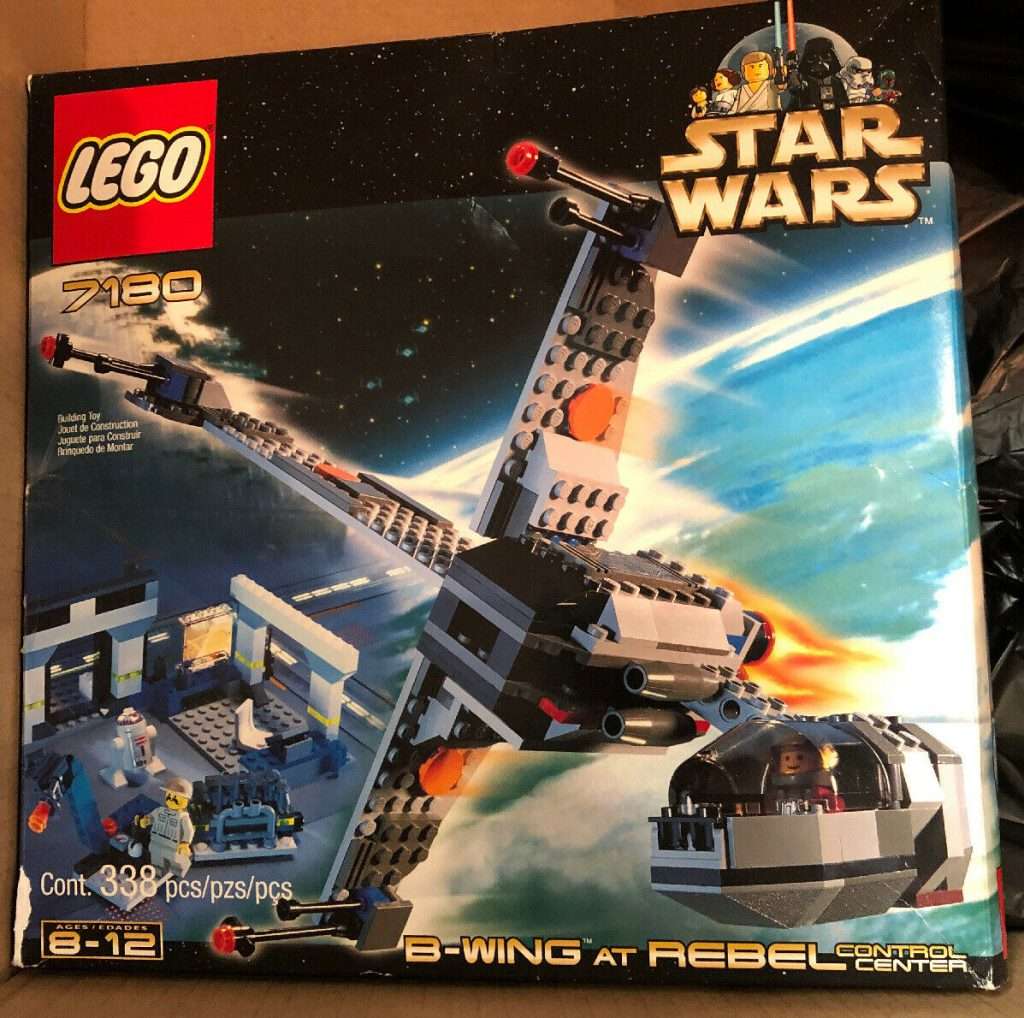 Five years after the original B-Wing, we finally got a new and definitely improved version. It featured an exclusive figure of a character that has little to no screen time, just like the starfighter itself – Ten Numb. Whether or not he was related to the far more famous Nien Numb who piloted the Millenium Falcon next to Lando, will most likely never be revealed.

It was clear from the box itself that this new version of the B-Wing had a much more sleek design with a much bulkier appearance. It came in with a few shades of grey with no additional colors that looked improper on the original version.

Instead of a Rebel Control Center, this set included a service tower with a crazy-good design. The yellow color LEGO chose really made the structure look unique. Besides that, the B-Wing could be attached perfectly to the tower without any risk of falling. This way, you could store the fighter upwards, although I do believe it looks better when placed sideways on the ground.

Overall, the 6208 B-Wing Fighter was a great upgrade from the original version. It is pretty hard to get nowadays but if you get a chance, it will be a fine addition to your collection as General Grievous would say. 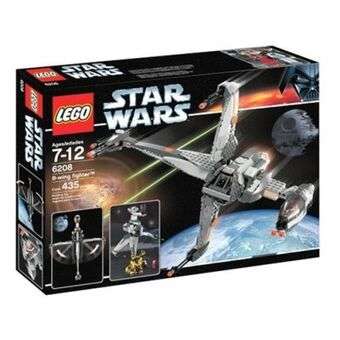 Honestly, the UCS B-Wing Starfighter set has a weird history. It appeared as if it was an exclusive set as it was limited to a few months on the shelves which made it extremely hard to get. Not that the fans were particularly overwhelmed by its existence, but this set was surprisingly good and it should have received more attention, in my opinion.

As a matter of fact, I consider the B-Wing as one of the few ships in the Star Wars Universe that were much more functional than good-looking. The UCS version was not one of the larger UCS sets out there but it had a good size and an awesome design apart from one section.

The cockpit on this model was not well-designed, in my opinion. The canopy of the cockpit is simply out of place. It does not look like the original ship and it cannot be opened well because of the bad design of this section.

If we take that out, the overall design and appearance of the B-Wing were great and definitely much better than people anticipated. It was a well-priced set and I do not understand the decision to make it so limited. 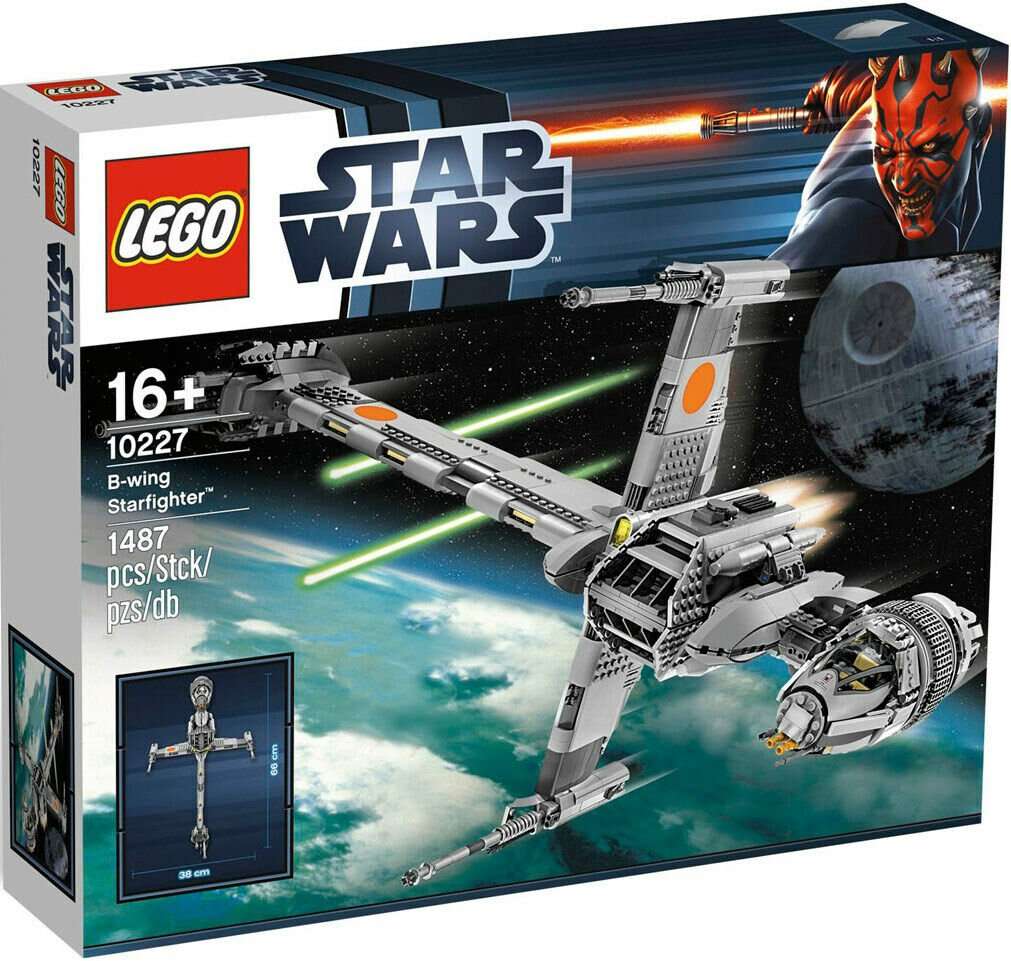 Eight years after the second version of the B-Wing, we finally got a new one that, for the third time, looked nothing like any of the previous models. I mean, the shape and features were the same but still, not identical. Honestly, I feel like they collected the best from both previous models and put them together into something that was a great B-Wing. I personally own two of the latest 2014 sets.

The minifigure selection with this one was great, in my opinion. We got a new and improved version of Ten Numb, the Sullustan with no background in the Star Wars lore. Still, the minifigure was absolutely spectacular and definitely a unique one in this red color. We also exclusively got General Airen Cracken who also had just a few seconds of screen time but was made into an awesome minifigure. Last but not least, the Grey Squadron Pilot was an absolutely unique minifigure and an awesome addition to this well-priced set.

The latest B-Wing Fighter had some nice features like the rotating cockpit and the abundance of spring-loaded shooters. This version looked awesome in flight mode and I think that it is a shame that it cannot be displayed that way. It would have been incredible from LEGO to add a stand to this set.

Nevertheless, the landing feature on this one was accurate and made it look good with the wings folded as well. Overall, this B-Wing version was another great upgrade from the previous version and it is about time that we get a 4th edition of this great Rebel fighter. 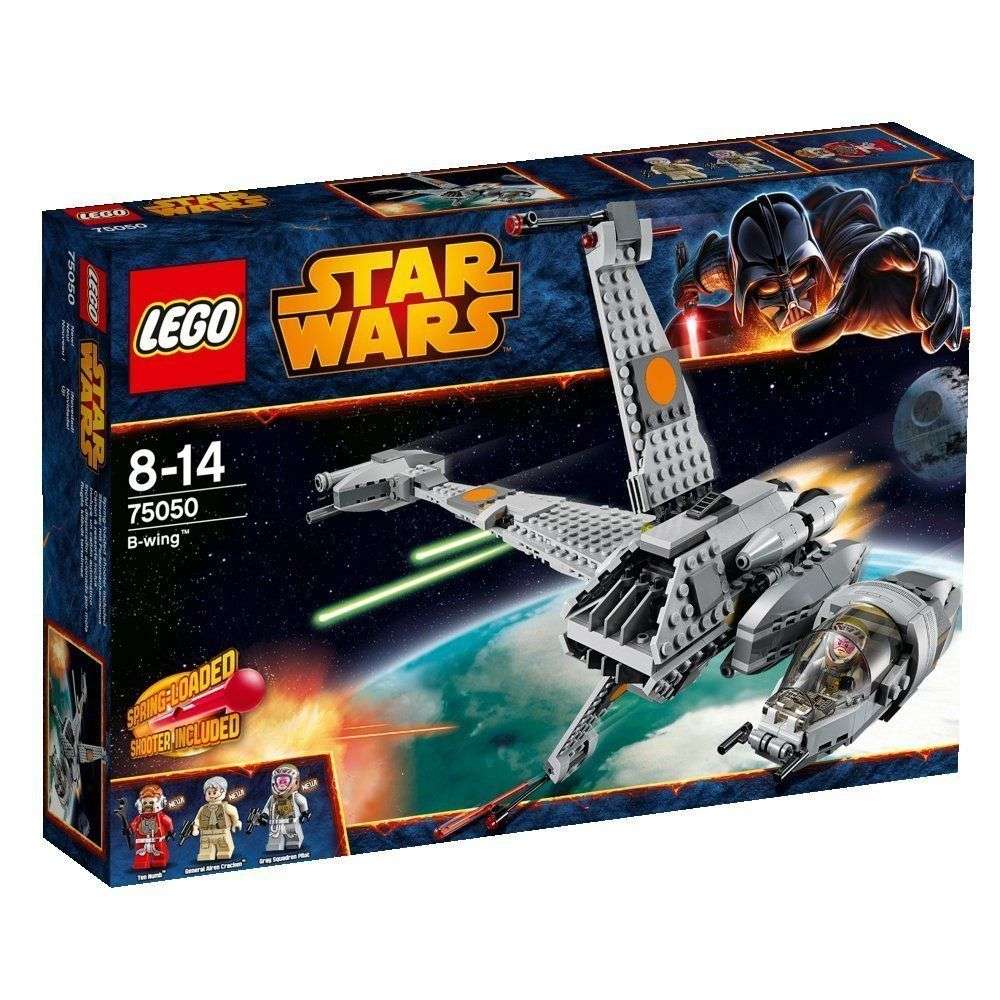 Which is the Best LEGO B-Wing?

It is true that we only get a glimpse of the B-Wing on screen but I feel like this is one of the better ships of the Rebel Alliance and it deserves way more attention from us, the fans.

As for its appearances in LEGO form, I feel like the latest model from 2014 definitely grabs the medal when we take the UCS version out of consideration. Nevertheless, the older versions from 2000 and 2006 would make a great addition to your collection, and you will be guaranteed to own a set that few others have due to the low interest in this ship.