For those of you that saw it, I hope you liked my video reveal. It’s safe to say the Bossk action figure variant cover was the one I had been looking forward to the most. He was my favourite Star Wars figure as a kid, I’ve based my Blog around him and he’s just a cool looking Bounty Hunter!

So, how did I get the cover? Well, soon after meeting John Tyler Christopher at ICE Birmingham I got in touch to ask if I could get the scoop on Bossk. At that point I had no idea John was saving him for one of his exclusive covers and I was only hoping to get the jpg image for my blog. John was generous enough to allow me to take on the full reveal of Bossk when the time came.

So why is he on Star Wars 33 issue but is only being released now? Well, I am pretty sure he was supposed to come out late last year but because Blue Snaggletooth and the K-2SO cover were leaked, then we had the Marvel mix up with Issue 40, Bossk got pushed back. Who cares though right? I am sure you will agree he was worth the wait.

Doing the reveal was alot of fun and I want to take this opportunity to thank John & Jen. They are some of the nicest people out there. 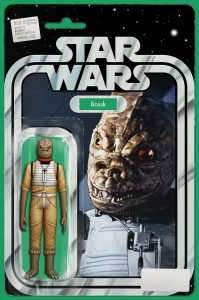 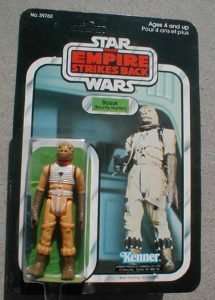 So there you go guys, Bossk has finally arrived! Be sure to keep checking my action figure variant list for future covers!