It’s a great time for Star Wars comic fans at the moment, and an even greater time for fans of John Tyler Christopher’s action figure variant covers. It has only been a few days since I revealed the AT-AT Driver, and now we have the awesome Imperial Commander for Marvel’s Star Wars #39.

You may have thought to yourself that we already have a variant cover featuring General Veers (Played by Julian Glover). You would be correct, we were treated to the AT-AT Commander for Star Wars #30. I am loving how John Tyler Christopher respects the history of the vintage Kenner figures, even down to the names on the cards. Kenner didn’t use the name ‘General Veers’ on either figures, instead they described the character roles, in this case the Imperial Commander. 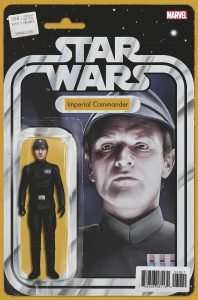 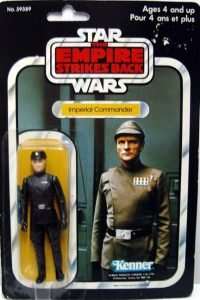 Another great edition to what is already an amazing collection. Bring on the next one please John!