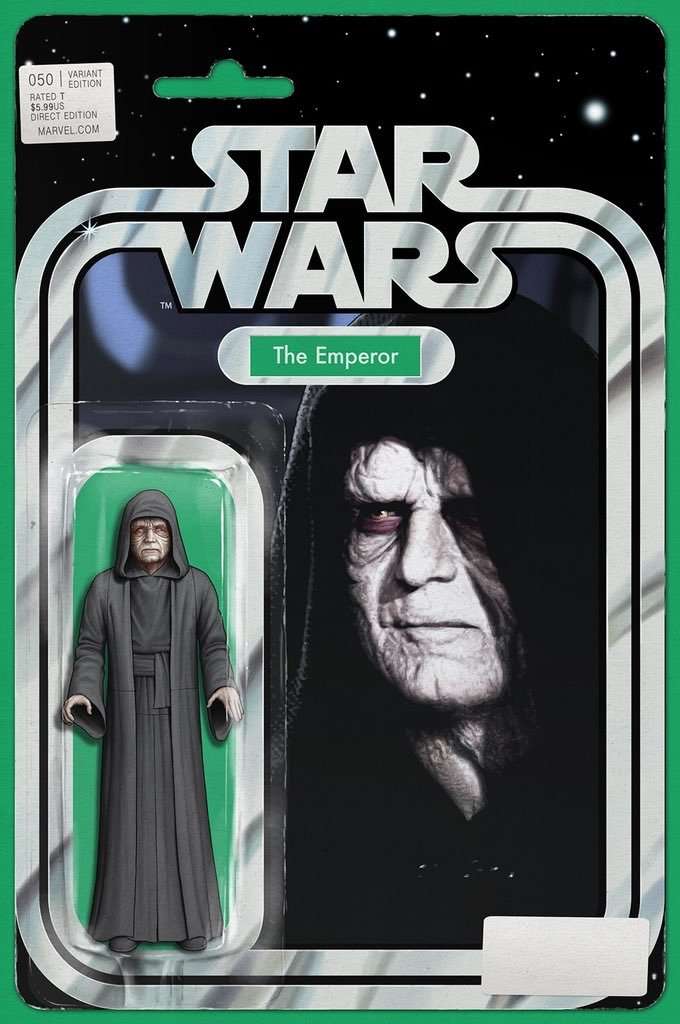 It has been three and a half years since the first issue of the new Marvel Star Wars comics series. Three and a half years since the very first Stars Wars action figure variant cover by John Tyler Christopher. Here we are in June 2018 and issue fifty will soon be upon us. What better character to feature on issue fifty than the leader of the Galactic Empire himself…The Emperor!

A great choice by John, and another fine piece of artwork it is too. The figure in the bubble shows all of the characteristics of the original Kenner action figure, with an added realism as always. The card art of The Emperor is bordering on perfect. The pale white skin, the wrinkles and the pure evil stare are all there. Take a look below: 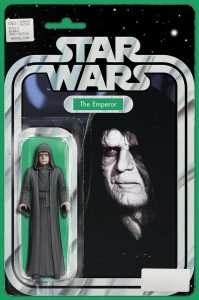 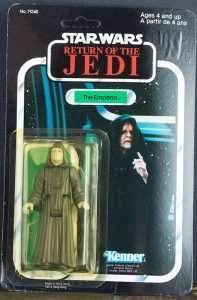 Are you collecting these amazing covers? Check out the complete list to make sure you have them all.