The Imperial Shuttle is what officers and high-ranking members of the Galactic Empire flew in. It was not as fast as a Starfighter, since the main purpose of this spacecraft was to transport cargo and important personnel. Darth Vader and Emperor Palpatine frequently travelled in one.

Fans of LEGO will be glad to hear that there are a variety LEGO Star Wars Imperial Shuttle sets. They all feature different shuttles to make your collection more interesting. Today, we will be taking a look at all 6 of the regular sets, so we won’t be including microfighters or polybags.

This shuttle is the generic model you see the most in Star Wars, based off the one seen in Return of the Jedi. It was released a full 20 years ago in 2001. It is not easy to find today and often commands several times the original retail price.

The shuttle itself is a little dated in design, but it does have foldable wings and the rear can open, just like it does in the movies. Even if the detail isn’t as rich as newer LEGO sets, it’s still an admired classic and can be enhanced and customised with more bricks.

Because this set is retired, you will have to hunt for a good price. 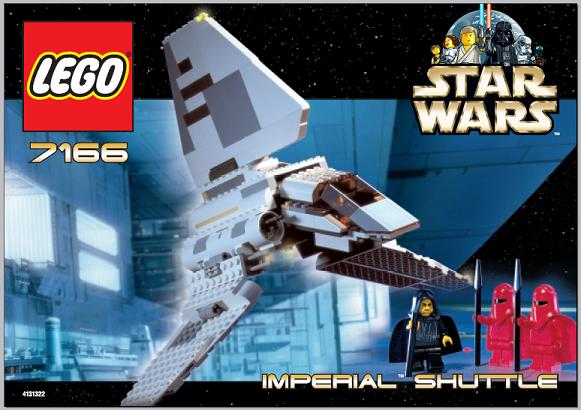 While this set is technically not shuttle-focused, it does come with one, but notably, there are 10 minifigures. You will find Emperor Palpatine, Darth Vader, 2 Royal Guards, 4 Stormtroopers, and 2 Imperial Officers. The shuttle is more detailed that the previous set we just covered, as this set was released in 2005.

Other than the 10 minifigures and shuttle, you also get a cargo vehicle and command station, as this is a proper inspection. The command station has a moving crane as well.

Compared to the older shuttle, this model has more detail and also has foldable wings. However, the 2005 shuttle has a removable passenger compartment, which can accommodate the larger number of minifigures.

Like the older Imperial Shuttle set, this set is also a collector’s item and features unique Stormtrooper minifigures found nowhere else. The Emperor Palpatine minifigure also has the new grey face. If you like to collect older sets and minifigures, you would love this set. 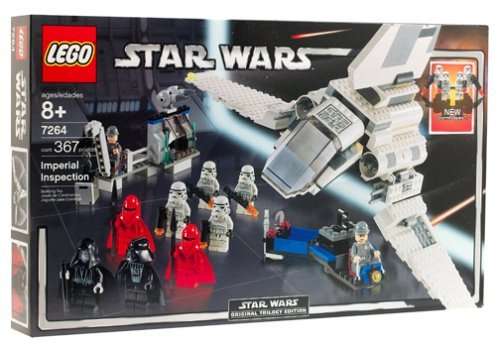 UCS stands for Ultimate Collector Series, and this USC Imperial Shuttle set was released in 2010. With considerably more detail and features, any fan will clamour to find this set at a reasonable price. Included in the set are many accessories to make displaying better than older models.

The minifigures in this set are Darth Vader, Luke Skywalker, a Shuttle Pilot, a Stormtrooper, and an Imperial Officer.

What makes this set special is the detail in the shuttle. It has foldable wings, rotating laser cannons that shoot LEGO bolts, and a four-seat cockpit. There is much more detail in this shuttle than before, employing bricks and pieces with newer shapes. The wings also fold with the help of gears.

To help with displaying, you get detachable landing gear, a stand that can display in both flying and landed mode, and a labelled plaque. To sweeten the deal, the shuttle is 71 centimetres tall on the stand and 57 centimetres wide in flying mode. This large shuttle is quite the intimidating sight when you first see it in any collection. 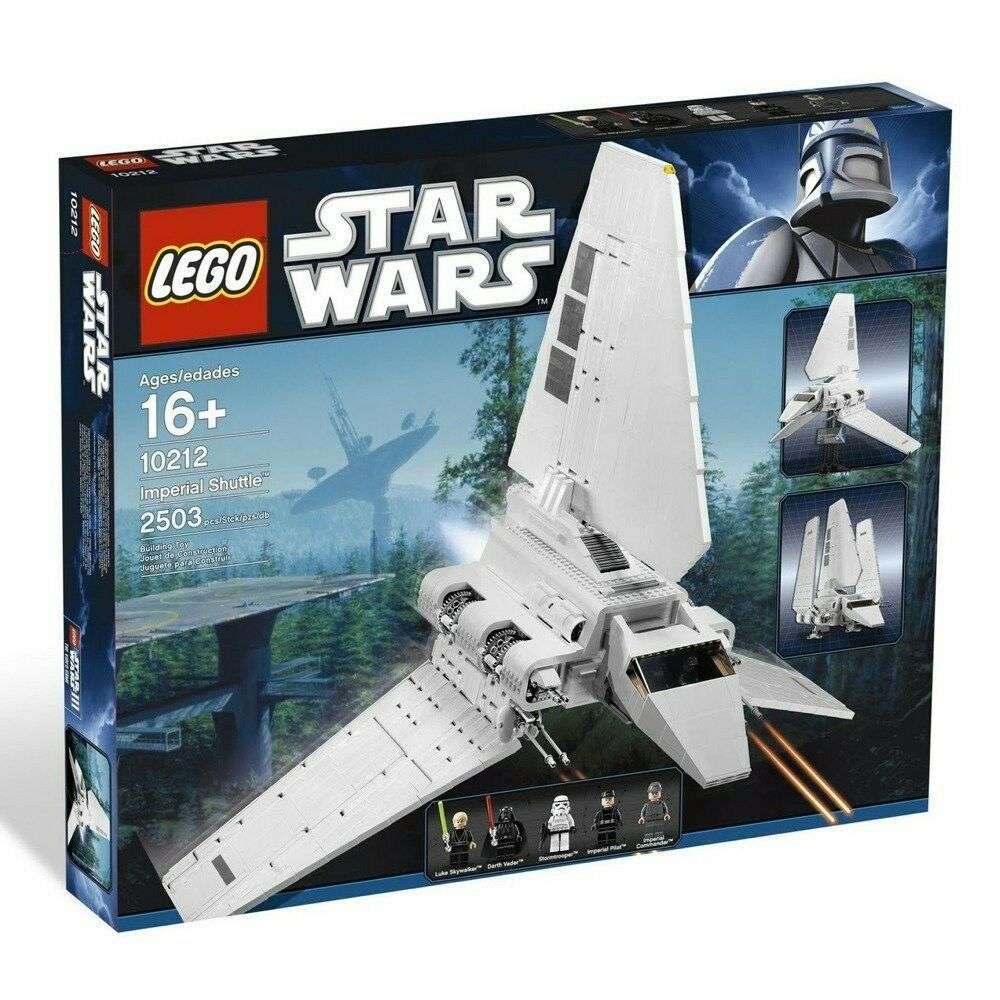 This Imperial Shuttle set is special in that instead of the Galactic Empire, the Rebels are in command of this shuttle, the Tydirium. It was stolen by the Rebels and used as a disguise to land on the forest moon of Endor. Fans of Return of the Jedi will love this set and the unique features it has.

The minifigures in this set are unique, as some of them are redesigned or given special accessories. For example, Princess Leia has a poncho, and Han Solo is dressed in Endor attire. Chewbacca also looks great, and the two Endor Rebel Troopers are revised. Nik Sant is included with different gear and colours.

Other than the minifigures, the Tydirium itself has some rather novel features. It notably contains many Technic pieces which are covered by smooth plates and brick for a more authentic appearance. The shuttle has some unusual shapes as well, which are not completely true to the movie. Nevertheless, it is worth collecting due to its many unique features and qualities. 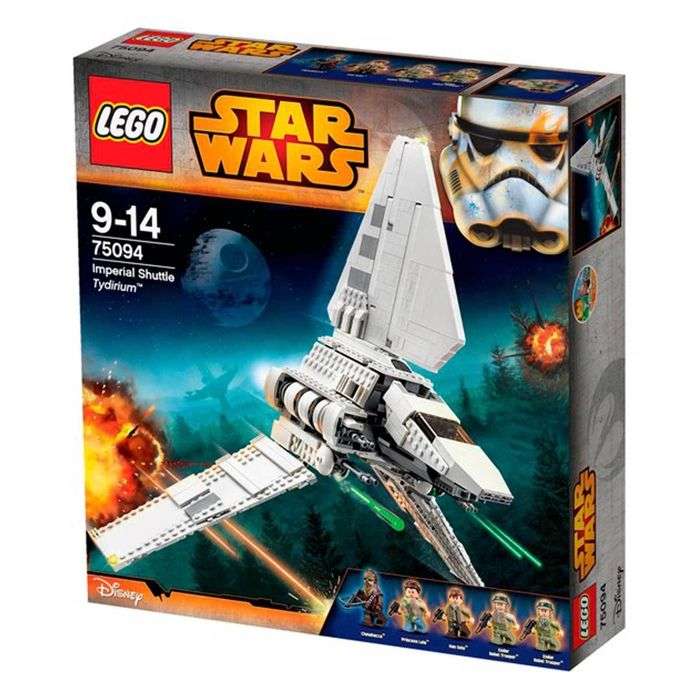 Here we will transition to Rogue One, focusing on Krennic’s Imperial Shuttle. Fans and LEGO collectors will immediately notice that this shuttle is completely black instead of the normal white. This set also contains 6 minifigures.

The cockpit can open, allowing you to fit 4 minifigures inside. There are also front and side panels of armour, which are only found in this particular shuttle. Like many of the newer Imperial Shuttle LEGO models, this one also has shooters that fire bolts. Instead of the standard green bolts, this shuttle fires red lasers.

You will find minifigures of Director Krennic, Pao, Bodhi Rook, 2 Imperial Death Troopers, and a K-2SO droid. All but the droid have weapons. There are even special combat packs.

The jet black appearance will make a good display set. 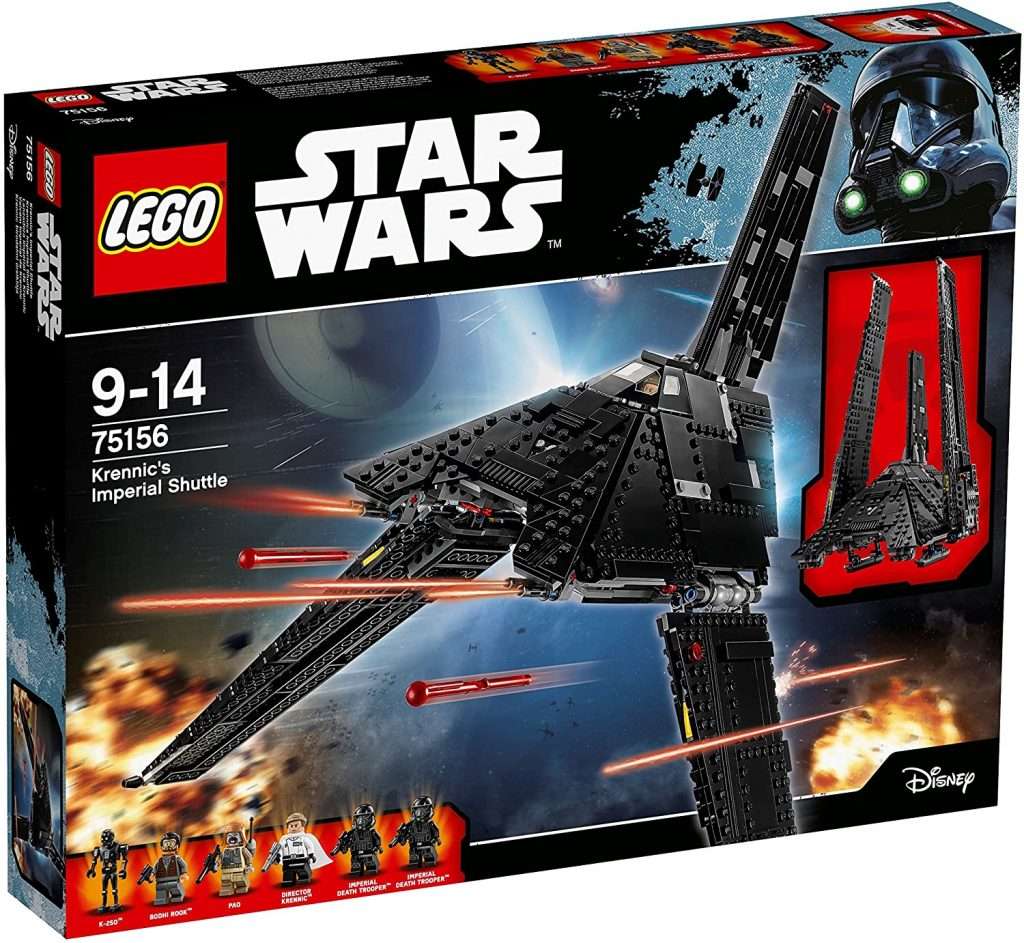 Unfortunately, this set is not out as of publishing time, but from what can be gathered from current information, it will come out in March 2021.

The shuttle itself is very detailed and has more detail on the wings, accentuating the lines. The shape is very accurate to the movies and it is clear that the wings are foldable. The cockpit can also open, as an Imperial Pilot is seen inside.

The other two minifigures are Darth Vader and Luke Skywalker. 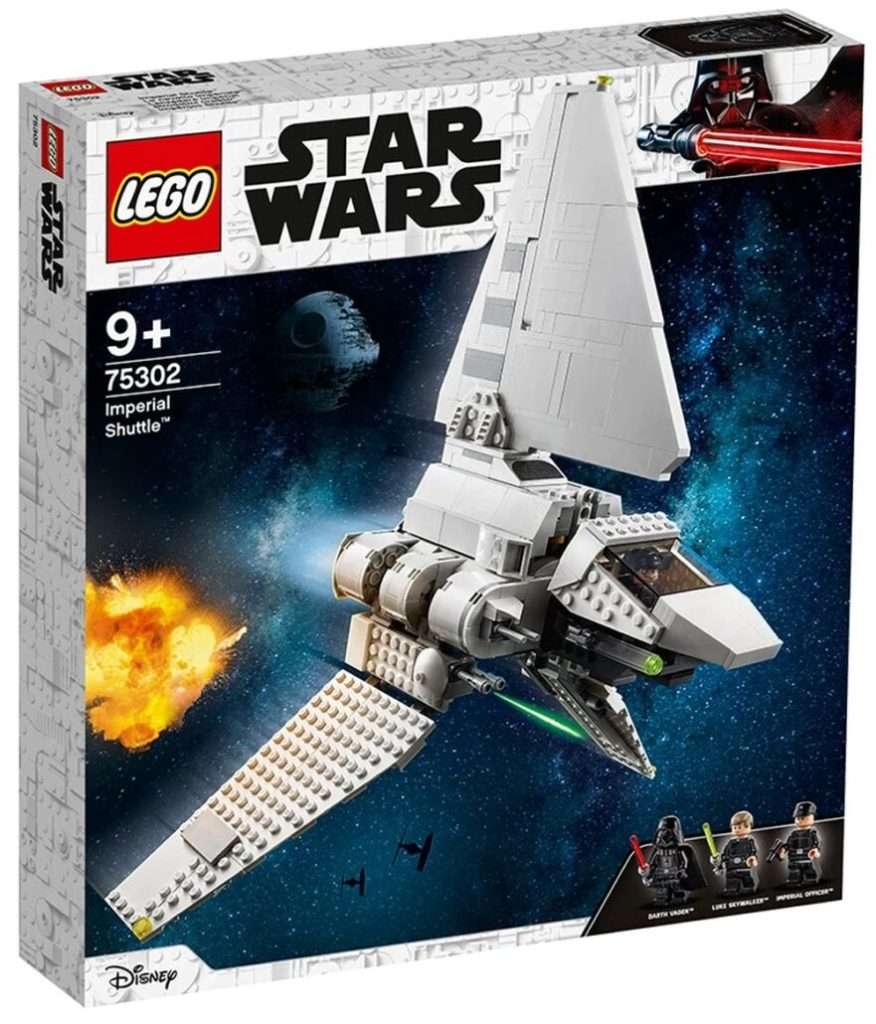 What do you think about some of the classic sets we covered? Are you excited for the new Imperial Shuttle set? Let us know down below!